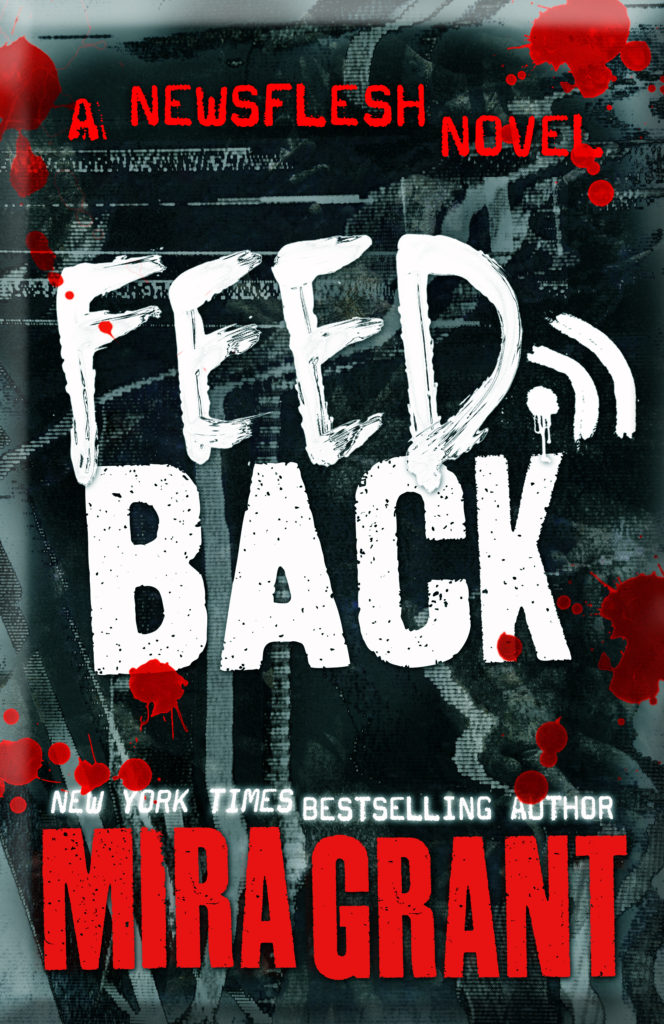 We had cured cancer. We had beaten the common cold. But in doing so we unleashed something horrifying and unstoppable. The infection spread leaving those afflicted with a single uncontrollable impulse: FEED.

Now, twenty years after the Rising, a team of scrappy underdog reporters relentlessly pursue the facts while competing against the brother and sister blog superstars, the Masons.

Surrounded by the infected, and facing more insidious forces working in the shadows, they must hit the presidential campaign trail and uncover dangerous truths. Or die trying.

FEEDBACK is a full-length Newsflesh novel that overlaps the events of the acclaimed first novel in the series, Feed, and offers a new entry point to this thrilling and treacherous world.

For news and updates on FEEDBACK, sign-up for the official Mira Grant newsletter.

Praise for the Newsflesh series:

“Astonishing …a fascinating exploration of the future.” – New York Times

“As much brains as heart, and both are filling and delicious.”—The A. V. Club on Feed

“A wry and entertaining exploration of the way political corruption never stops – even after the zombie apocalypse.”—NPR Books on Blackout

“Intelligent and exciting…raises the bar for the genre.” Telegraph on Deadline

“Feed is a proper thriller with zombies.” – SFX on Feed

“Campy and yet smart, horror with heart, a summer beach read that will stay in your head.” – RT Book Reviews on Deadline