Prefer your fantasy with an extra helping of murder? Orbit’s got you covered with this brilliant and dark epic fantasy debut, THE COURT OF BROKEN KNIVES, the first book in the Empires of Dust trilogy. A young man’s thirst for power is only equaled by his thirst for blood in this first in a trilogy. Watch out for The Court of Broken Knives in eBook on June 27th and in paperback on August 15th. 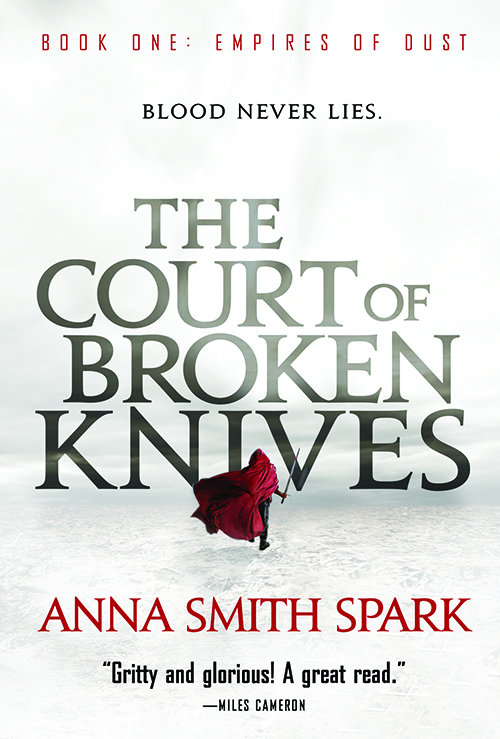 Marith has killed a dragon.

Marith has murdered a man.

Marith has felled an empire.

The only thing anyone knows for certain is that Marith will stop at nothing in his quest for the throne.

Praise for THE COURT OF BROKEN KNIVES

“Gritty and glorious! A great read.”

“Grim, gritty, and fast paced; with great battles scenes! Anna Smith-Spark is one to watch.”

“Anna Smith-Spark writes in a unique voice with such pace and veracity your imagination has to struggle to keep up with your eyes.”

— Marc Turner, author of the Chronicles of the Exile series

“All hail the queen of grimdark fantasy!”