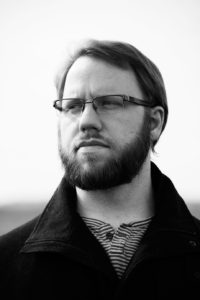 Space is filled with treasure. No, not natural resources. Actual treasure, like gigantic ancient spaceships that contain secrets and riches untold. Enter author Alex White. We’ve acquired Alex White’s breakneck science fiction adventure series, The Salvagers. The first book in the series A BIG SHIP AT THE EDGE OF THE UNIVERSE introduces you to Nilah, a gutsy young racer, and Boots, a semi-retired (to put it nicely) treasure hunter. The two become wrapped up in a dangerous hunt for a mythical spaceship at, you guessed it, the edge of the universe. If you’re looking for non-stop, action-packed science fiction, then this series is perfect for you. Go say “hi” to Alex at his website: alexrwhite.com.

Nilah Brio is the top driver in the Pan Galactic Racing Federation and the darling of the racing world–until she witnesses the murder a fellow racer. Framed for the murder and on the hunt to clear her name, Nilah only has one lead: the killer also hunts a woman named Boots.

Orbit has acquired World rights in three books from Connor Goldsmith of Fuse Literary Agency, and the first book will hit shelves in Spring 2018.