If you want a heroine as rebellious as Han Solo, as brilliant as Leia, and as capable as Rey—look no further than Hail Bristol, the star of the Indranan War trilogy by K. B. Wagers. She’s back in BEYOND THE EMPIRE, the adrenaline-fueled, explosive conclusion to the series, and where the stakes for Hail’s whole empire are higher than ever before.

Here’s a sneak preview of the cover, designed by the fabulous Lauren Panepinto! 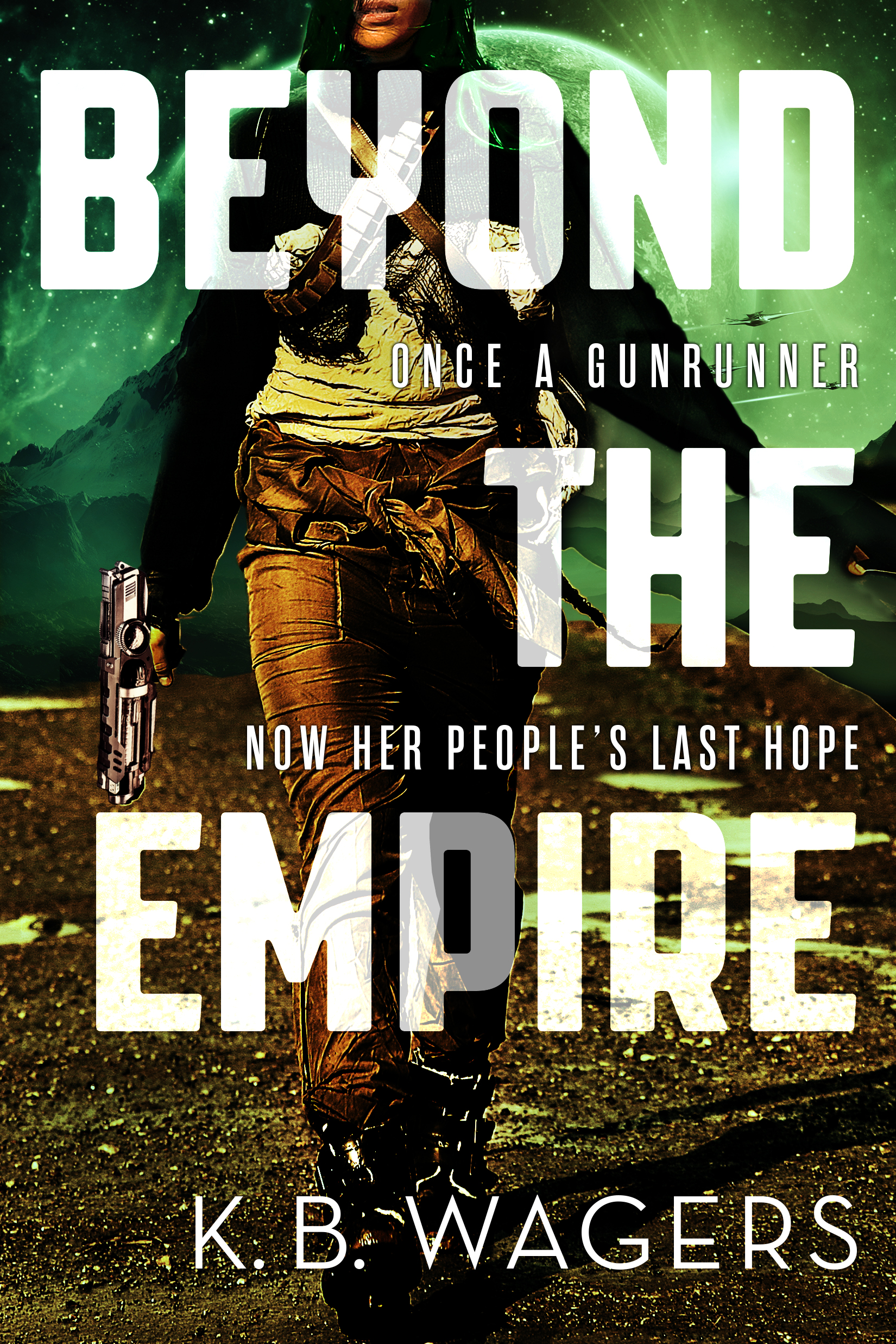 Gunrunner-turned-Empress Hail Bristol was dragged back to her home planet to take her rightful place in the palace. Her sisters and parents have been murdered, and the Indranan Empire is reeling from both treasonous plots and foreign invasion.

Now, on the run from enemies on all fronts, Hail must fight a full-scale war for her throne and her people, even as she struggles with the immense weight of the duties thrust upon her. With the aid of a motley crew of allies old and new—from smugglers to soldiers to alien medics—she returns home to face off against the murderer who has taken aim at everything and everyone she loves. Untangling a legacy of lies and restoring peace to Indrana will require an empress’s wrath and a gunrunner’s justice.