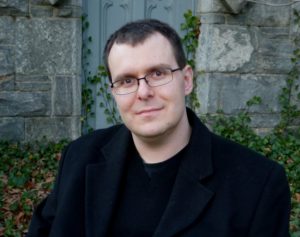 Hot off the success of his Shadow Campaigns books, the immensely talented Django Wexler joins Orbit with his newest epic fantasy trilogy! A story of grand scale, with even higher stakes, the new series will follow two siblings as they fight on opposite sides of a civil war that will either see those with magical ability rise to power or end them altogether.

Gyre and his sister Fiera were torn from each other when they were children. Twelve years later, they will meet again as enemies. Trained in the ways of the Order, Fiera believes the only way to keep the world safe is to eliminate all traces of the forbidden blood magic that almost destroyed civilization many centuries ago. But Gyre, a mercenary on the lawless frontier, seeks out the lost arts to break free of the Order’s domination and release mankind from the dead hand of the past.  As the tensions across the country rise, not even the ties of blood will keep these two siblings from splitting the world apart.

This promises to be a brilliant, action-packed tale of dangerous magics, ancient weapons, loyalty, family, and betrayal. The book isn’t scheduled until 2019, but we wish it were coming out tomorrow! In the meantime, sate your bloodlust by saying hi to Django on twitter: @DjangoWexler