We’re delighted to reveal the stunning cover for INTO THE FIRE (UK|ANZ), the thrilling second book in the Vatta’s Peace series by Nebula-Award-winning author Elizabeth Moon. 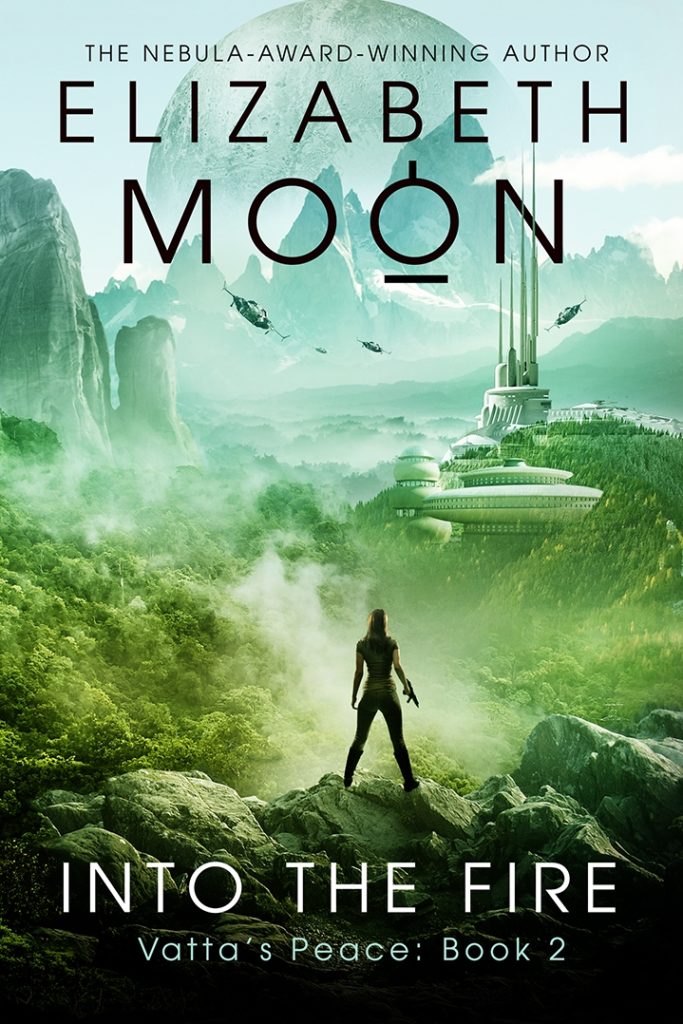 INTO THE FIRE will be hitting shops in February 2018 and is available for pre-order now! Read on for a taste of what’s in store:

When Admiral Kylara Vatta and a ship full of strangers were marooned on an inhospitable arctic island, they uncovered secrets that someone on Ky’s planet was ready to kill to keep hidden. Now, the existence of the mysterious arctic base has been revealed, but the organisation behind it still lurks in the shadows, doing all it can to silence her.

It is up to the intrepid Ky to force the perpetrators into the light, and uncover decades’ worth of secrets – some of which lie at the very heart of her family’s greatest tragedy.