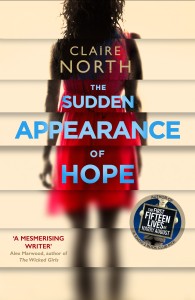 The winners of the 2017 World Fantasy Awards were announced last night — including THE SUDDEN APPEARANCE OF HOPE (Redhook US | Orbit UK | Orbit ANZ), by Orbit’s own Claire North! Congratulations to all of the winners and nominees. You can see the full list here.

Congratulations go, too, to Terry Brooks, who was awarded the Lifetime Achievement Award at the World Fantasy Convention this weekend. His most recent book is THE BLACK ELFSTONE (UK).