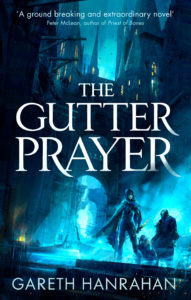 Set in a world of dark gods and dangerous magic, Gareth Hanrahan’s remarkable debut, THE GUTTER PRAYER (UK|US|ANZ), is set to be a must-read for fantasy fans in 2019. It will hit the shops early next year, and we’re thrilled to reveal the striking cover below. 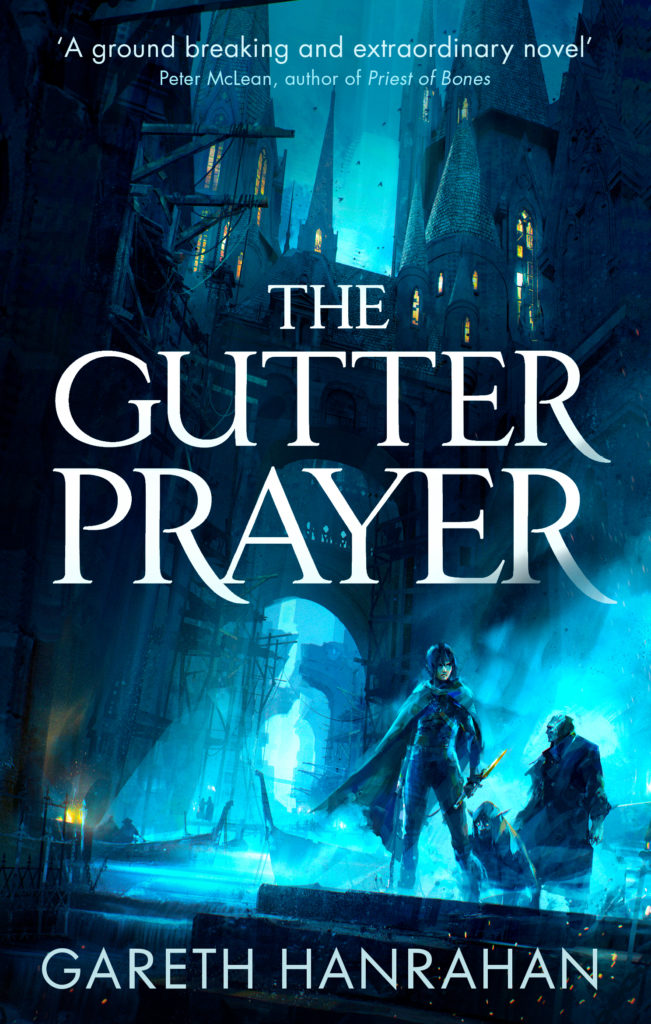 This thrilling and visceral debut is already generating some brilliant early buzz:

‘A gripping tale that meshes beautifully with its fascinating, darkly inventive setting’
James Islington, author of The Shadow of What Was Lost

‘A ground-breaking and extraordinary novel . . . Hanrahan has an astonishing imagination’
Peter McLean, author of Priest of Bones

‘Laced with the blackest of humour and packed with magic and mayhem, this is fantasy turned up to 11’
Anna Stephens, author of Godblind

‘An absolutely stunning debut . . . I loved it! Highly recommended ’
Michael R. Fletcher, author of Beyond Redemption

‘Beautifully written. Gripping. Guerdon is the city of my dreams’
Anna Smith Spark, author of The Court of Broken Knives

READ ON FOR A TASTE OF WHAT’S IN STORE:

In the ancient city of Guerdon, three thieves – an orphan, a ghoul and a cursed man – are accused of a crime they didn’t commit. Their quest for revenge exposes a perilous conspiracy, the seeds of which were sown long before they were born.

A centuries-old magical war is on the verge of reigniting and in the tunnels deep below the city, a malevolent power stirs. Only by standing together can the three friends prevent a conflict that would bring total devastation to their city – and the world beyond.