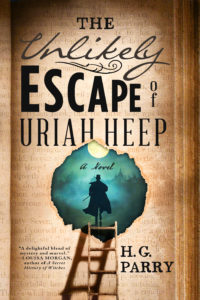 We’re delighted to present the beautiful cover for THE UNLIKELY ESCAPE OF URIAH HEEP (US|UK|ANZ), designed by Orbit’s amazing Lisa Marie Pompilio. If you loved The Magicians, Mr. Penumbra’s 24-Hour Bookstore, or The Invisible Library, don’t miss this ultimate book-lover’s fantasy, which features a young scholar with the power to bring literary characters into the world. 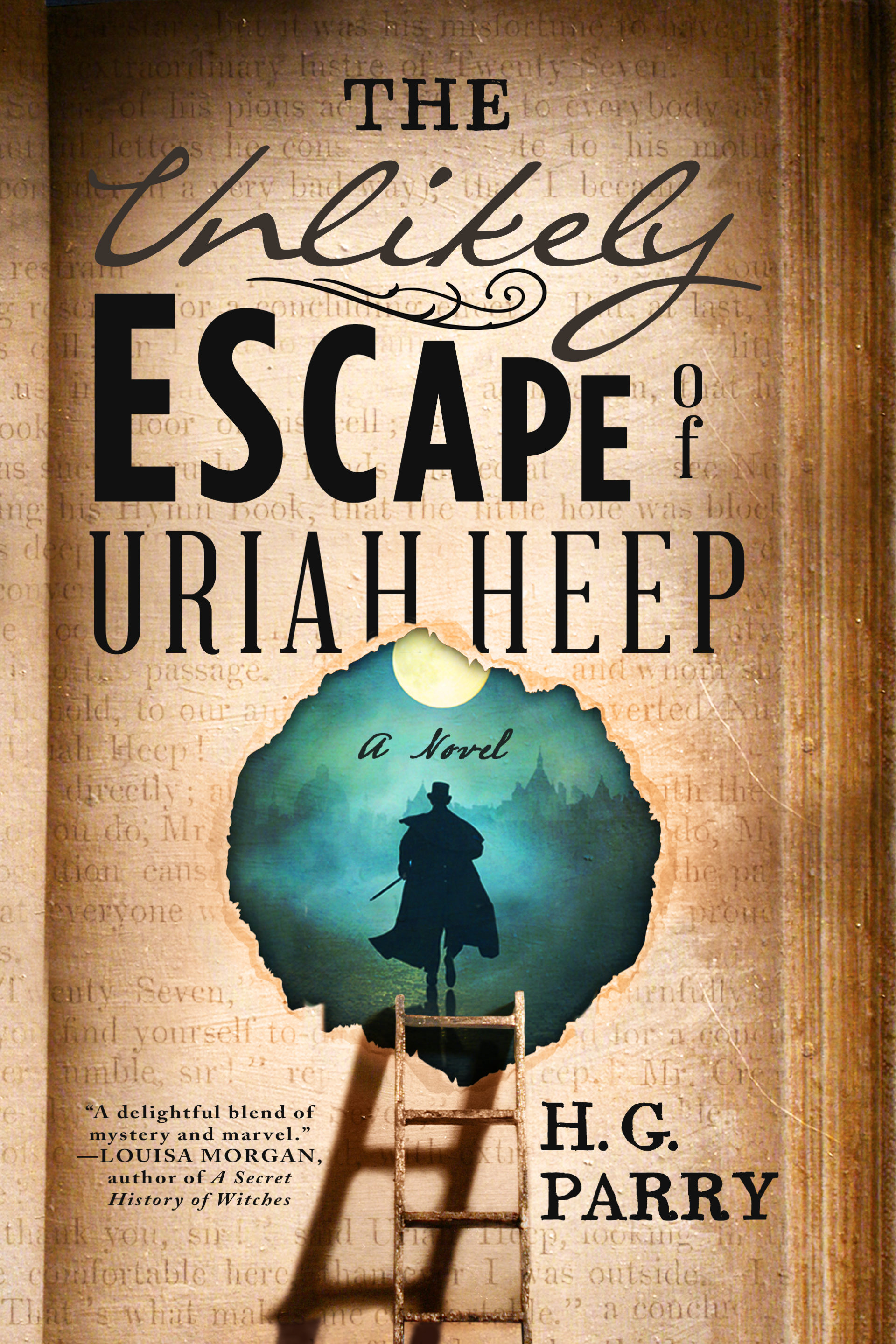 For his entire life, Charley Sutherland has concealed a magical ability he can’t quite control: he can bring characters from books into the real world. His older brother, Rob – a young lawyer with an utterly normal life – hopes that this strange family secret will disappear with disuse, and he will be discharged from his duty of protecting Charley and the real world from each other.

But then, literary characters start causing trouble in their city, making threats about destroying the world, and for once, it isn’t Charley’s doing. There’s someone else out there who shares his powers and it’s up to Charley and a reluctant Rob to stop them – before anyone gets to The End.

Praise for The Unlikely Escape of Uriah Heep:

“Many have tried and some have succeeded in writing mashups with famed literary characters, but Parry knocks it out of the park . . . Just plain wonderful.”—Kirkus

“A delightful blend of adventure and mystery and marvel, a story in which the fantastical becomes real…. Beautifully-written.”—Louisa Morgan

“With vibrant characters and a passion for story that shines through every word, this engaging read establishes Parry as a writer to watch.”—Kat Howard

“Daring…. Parry writes with the keen insight of Sherlock Holmes, the generous heart of David Copperfield, and the haunting soul of Dorian Grey.”—Jordanna Max Brodsky

“A joyous adventure through all the tales you’ve ever loved. Funny, charming, clever and heartfelt.”—Tasha Suri

“Engaging and intelligent… kept me turning the pages.”—Rowenna Miller

“A rollicking adventure that thrills like Neil Gaiman’s Neverwhere mashed up with Penny Dreadful in the best post-modern way…. One of your most fun reads this year.”—Mike Chen