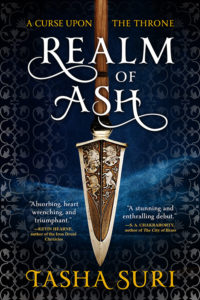 REALM OF ASH (US | UK) is a spellbinding fantasy novel set in the Mughal India-inspired world of Tasha Suri’s award-winning EMPIRE OF SAND (US | UK), in which a young widow with hidden powers and an illegitimate prince dabbling in forbidden magic must save the realm—and each other—from darkness. If you loved City of Brass, The Wrath & the Dawn, or Red Queen, this is your next unmissable read!

This captivating book publishes in November 2019 but—as announced on Book Riot—here is an early preview of its beautiful cover, designed by Lauren Panepinto, to tide you over! 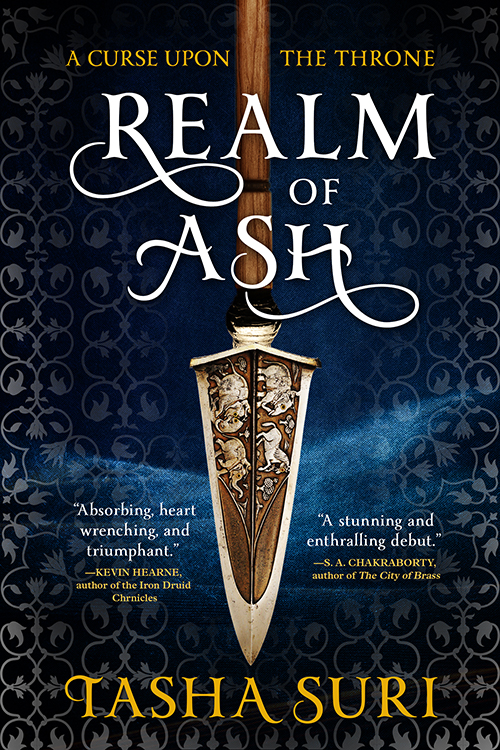 Arwa is the sole survivor of the infamous, unnatural massacre at Darez Fort—saved only by the strangeness of her blood, which she had been taught all her life to suppress. She makes common cause with a disgraced, illegitimate prince who has turned to forbidden occult arts to find a cure to the darkness hanging over the Empire. Using the power in Arwa’s blood, they seek answers in the realm of ash: where mortals can find the ghostly echoes of their ancestors’ dreams. But the Emperor’s health is failing, and a terrible war of succession hovers on the horizon—not just for the throne, but for the magic underpinning the Empire itself.