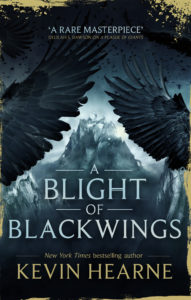 An invasion of giants. A world-breaking war.

And a revolution that will change everything. 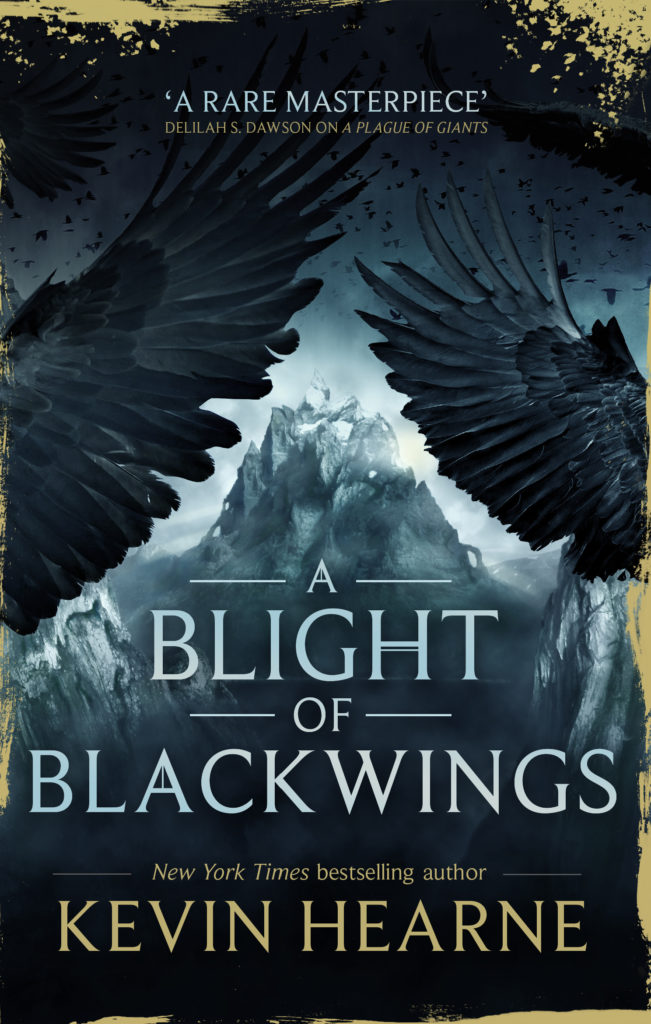 We’re thrilled to reveal the cover for A BLIGHT OF BLACKWINGS [UK/ANZ] – book two in Kevin Hearne’s Seven Kennings series, following on from the spectacular series opener A PLAGUE OF GIANTS [UK/ANZ], which began an epic tale of warring giants and elemental magic.

Here’s a taste of what to expect in this thrilling new adventure.

SOLDIER AND AVENGER
Daryck is from a city that was devastated by the war with the Bone Giants, and now he and a band of warriors seek revenge against the giants for the loved ones they’ve lost. But will vengeance be enough to salve their grief?

DREAMER AND LEADER
Hanima is part of a new generation with extraordinary magical talents: She can speak to fantastical animals. But when this gift becomes a threat to the powers-that-be, Hanima becomes the leader of a movement to use this magic to bring power to the people.

SISTER AND SEEKER
Koesha is the captain of an all-female crew on a perilous voyage to explore unknown waters. Though her crew is seeking a path around the globe, Koesha is also looking for her sister, lost at sea two years ago. But what lies beyond the edges of the map is far more dangerous than storms and sea monsters . . .

We publish A BLIGHT OF BLACKWINGS in February!

Praise for the Seven Kennings series:

‘Truly epic fantasy’ James Islington, author of The Shadow of What Was Lost 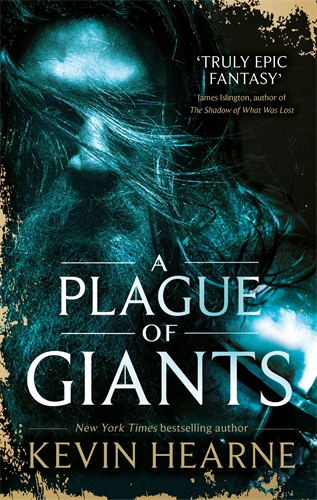