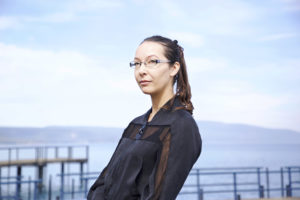 Still jonesing for another Star Wars Fix? Then Orbit has a treat for you! We’ve just acquired a brand new space opera by debut author Essa Hansen! Get ready to meet Caiden, a young man who is about to discover that the multi-verse is much bigger, much more advanced, and much, much more dangerous than he ever imagined.

Orbit will be publishing the first book in the trilogy, NOPHEK GLOSS in trade paperback in Fall 2020. In the meantime reach out and say “hi” to the author at her website or on twitter: @EssaHansen.

When a young man’s planet is destroyed, he sets out on a single-minded quest for revenge across the galaxy in Nophek Gloss, the first book in this epic space opera trilogy by debut author Essa Hansen, for fans of REVENGER and CHILDREN OF TIME.