Who likes spaceships? We do! Orbit is absolutely thrilled to be bringing you the space opera debut, Nophek Gloss in November 2020 in the US and UK. This is a book with fast-paced action and tech that will blow your mind. Think ships that generate their own universes, cyborgs that can change their form with a thought, and space stations the size of stars. And of course, we needed a cover that looked just as slick and sleek as the book.

Check out this gorgeous spaceship! With art by Mike Heath and design by Lauren Panepinto, how can you resist? Pre-order Nophek Gloss, the first book in The Graven trilogy here! And make sure to say hello to the author on twitter @EssaHansen 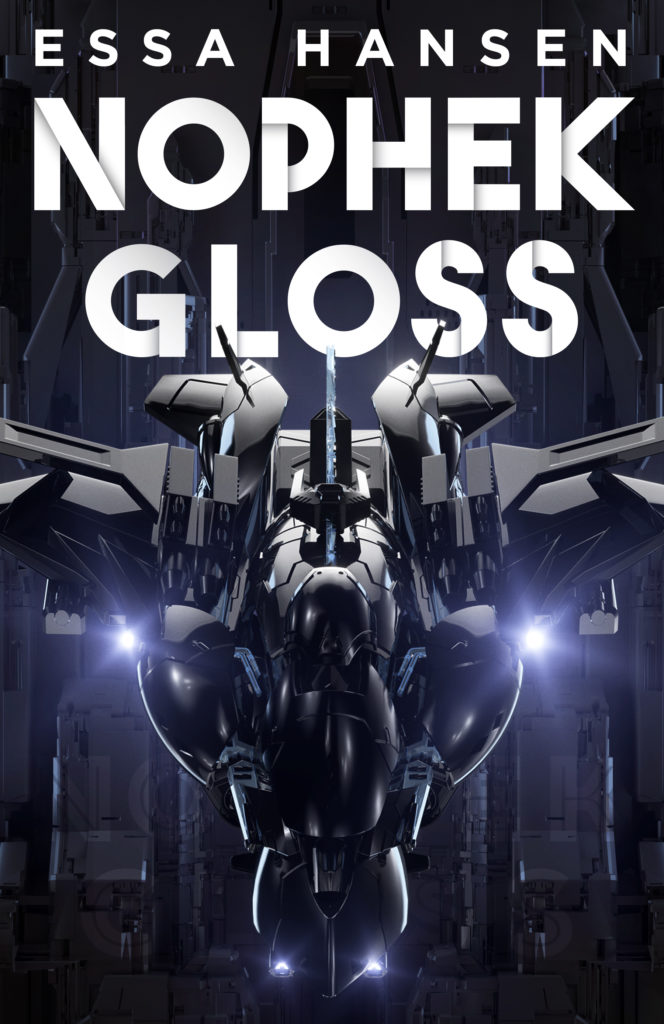 When a young man’s planet is destroyed, he sets out on a single-minded quest for revenge across the galaxy in Nophek Gloss, the first book in this epic space opera trilogy by debut author Essa Hansen, for fans of Revenger and Velocity Weapon.

Nophek Gloss will soon be available for pre-order in the UK, but US readers can pre-order it right away.