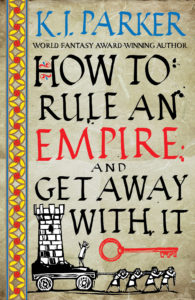 Are you a “hidden gems” person or a “blockbusters” person when you’re browsing Netflix? It’s fine to be both, of course, but if you’re in a “hidden gems” mood we think you might like to check out the books of K.J. Parker. A great place to start would be SIXTEEN WAYS TO DEFEND A WALLED CITY (US | UK). However, if you already know all there is to know about defending walled cities, maybe you’d be more interested in the messy business of ruling an empire? We’re delighted to present the cover for K.J.Parker’s new novel, HOW TO RULE AN EMPIRE AND GET AWAY WITH IT (US | UK), coming in August. It’s set in the same world as SIXTEEN WAYS, but entirely stand-alone. Essential reading for anybody thinking of changing direction and getting into empire-building. 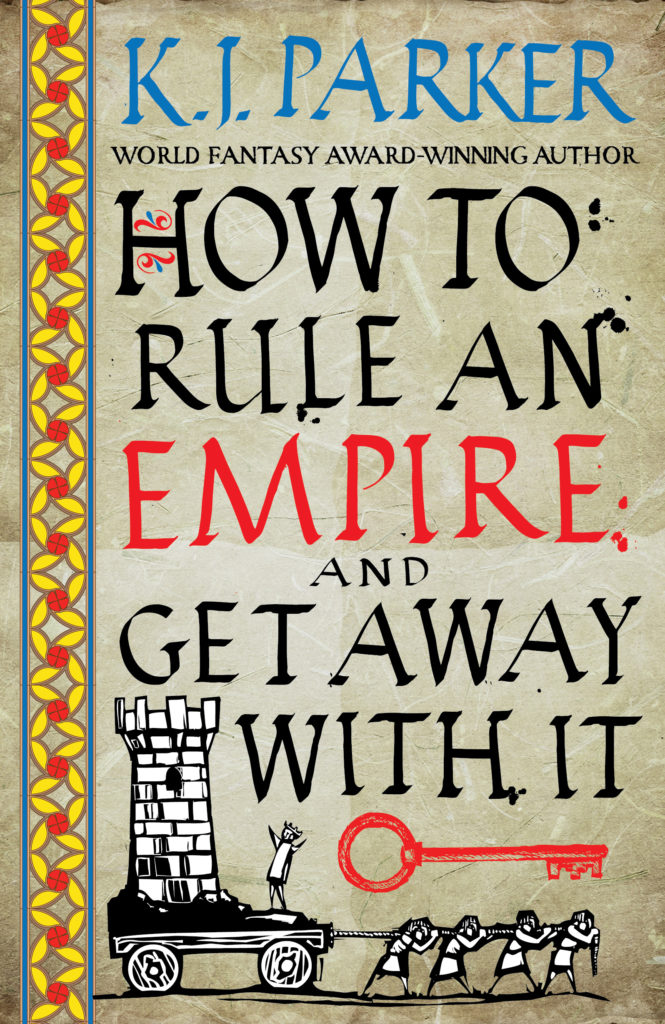 This is the story of how the City was saved, by Notker the professional liar, written down because eventually the truth always seeps through.

The City may be under siege, but everyone still has to make a living. Take Notker, the acclaimed playwright, actor and impresario. Nobody works harder, even when he’s not working. Thankfully, it turns out that people enjoy the theater just as much when there are big rocks falling out of the sky.

But Notker is a man of many talents, and all the world is, apparently, a stage. It seems that the Empire needs him – or someone who looks a lot like him – for a role that will call for the performance of a lifetime. At least it will guarantee fame, fortune and immortality. If it doesn’t kill him first.

Praise for SIXTEEN WAYS TO DEFEND A WALLED CITY:

“Launches a witty adventure series . . . Readers will appreciate the infusion of humor and fun-loving characters into this vivid and sometimes grim fantasy world.” — Publishers Weekly

“As with most of Parker’s work, there is a mel¬ancholy undercurrent that gives the humor weight. As heroes go, Orhan is a reluctant and flawed one . . . . [but] when Orhan works the problem, we can’t help but watch.” — Locus