Orbit is so excited to share the cover and a short preview for C.L. Clark’s incredible debut fantasy, THE UNBROKEN.  In a crumbling kingdom inspired by the deserts of North Africa, two women’s lives will become irrevocably changed—one a solider haunted by the past, the other a dethroned princess who saves her from certain death. 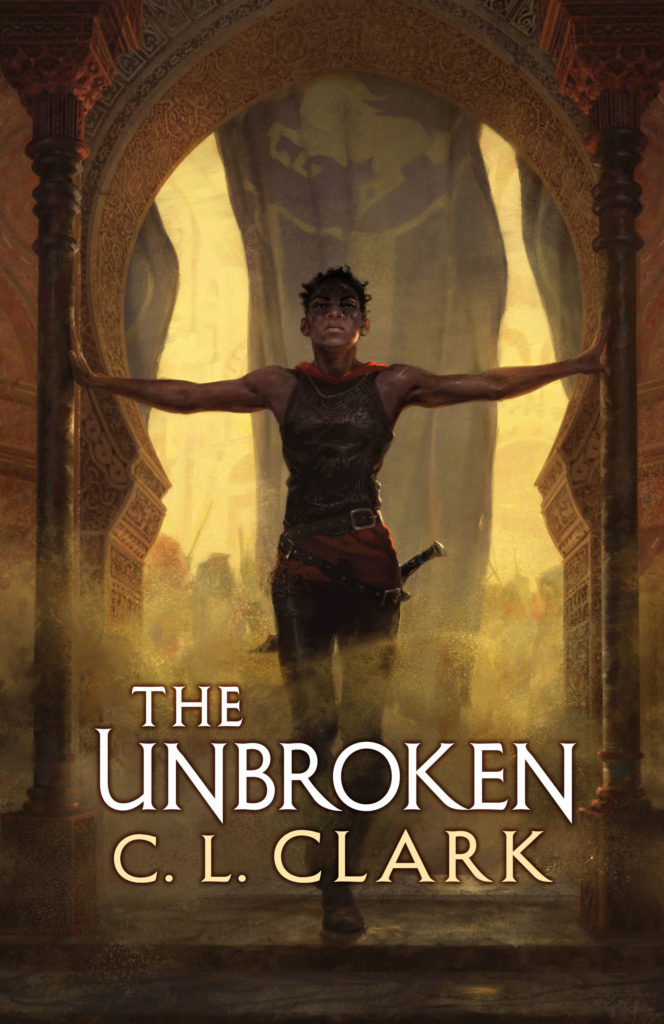 Io9 unveiled the striking cover for The Unbroken, designed by Lauren Panepinto with stellar art by Tommy Arnold.

The Unbroken will be out in print, ebook, and audio on March 23, 2021. Read on for the description of this unmissable epic!

Touraine is a soldier. Stolen as a child and raised to kill and die for the empire, her only loyalty is to her fellow conscripts. But now, her company has been sent back to her homeland to stop a rebellion, and the ties of blood may be stronger than she thought.

Luca needs a turncoat. Someone desperate enough to tiptoe the bayonet’s edge between treason and orders. Someone who can sway the rebels toward peace, while Luca focuses on what really matters: getting her uncle off her throne.

Through assassinations and massacres, in bedrooms and war rooms, Touraine and Luca will haggle over the price of a nation. But some things aren’t for sale.