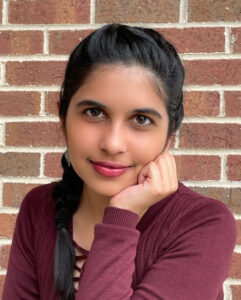 Redhook is thrilled to announce the acquisition of KAIKEYI, Vaishnavi Patel’s sweeping, powerful, and provocative debut, which reimagines the life of Kaikeyi, the long-vilified queen of the Indian epic the Ramayana.

“I was born on the full moon under an auspicious constellation, the holiest of positions—much good it did me.”

So begins Kaikeyi’s story, that of a young woman determined to create her own destiny in a world where gods and men dictate the shape of things to come. But as she transforms herself from an overlooked princess into a warrior, diplomat, and most-favored queen, Kaikeyi’s will clashes with the path that has been chosen for her family—and she must decide if her resistance is worth the destruction it will wreak.

In the tradition of novels such as Madeline Miller’s Circe, KAIKEYI interrogates the role of female characters in the Indian myths, questioning where and why we draw the line between heroes and villains. When speaking about her inspiration for writing this particular story, author Vaishnavi Patel says, “Among characters in the Ramayana, Kaikeyi draws the short straw. Despite the fact that her exile of Rama is what allows the rest of the epic to happen, she is cast as a petty woman acting out of jealousy. But that never sat right with me. Why would a powerful queen and warrior tear her family and kingdom apart over envy? After years of wishing for someone to explain Kaikeyi’s actions to me, I decided to write her perspective myself. I hope that in this world, her decisions might be understood, and even righteous.”

KAIKEYI is a bold and imaginative debut from a supremely talented new voice, and we are so excited to be publishing it in the spring of 2022! In the meantime, please join us in welcoming Vaishnavi to the Orbit/Redhook family. You can find her on Twitter at @VaishnaWrites and at www.vaishnavipatel.com.