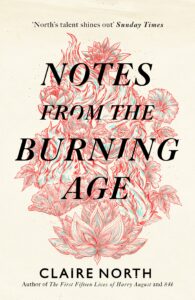 We’re thrilled to unveil the cover for a phenomenal new novel from Claire North. Presenting the stunning look for Notes from the Burning Age (UK | US | ANZ), illustrated by Leo Nickolls and designed by Siobhan Hooper at Little, Brown Book Group. 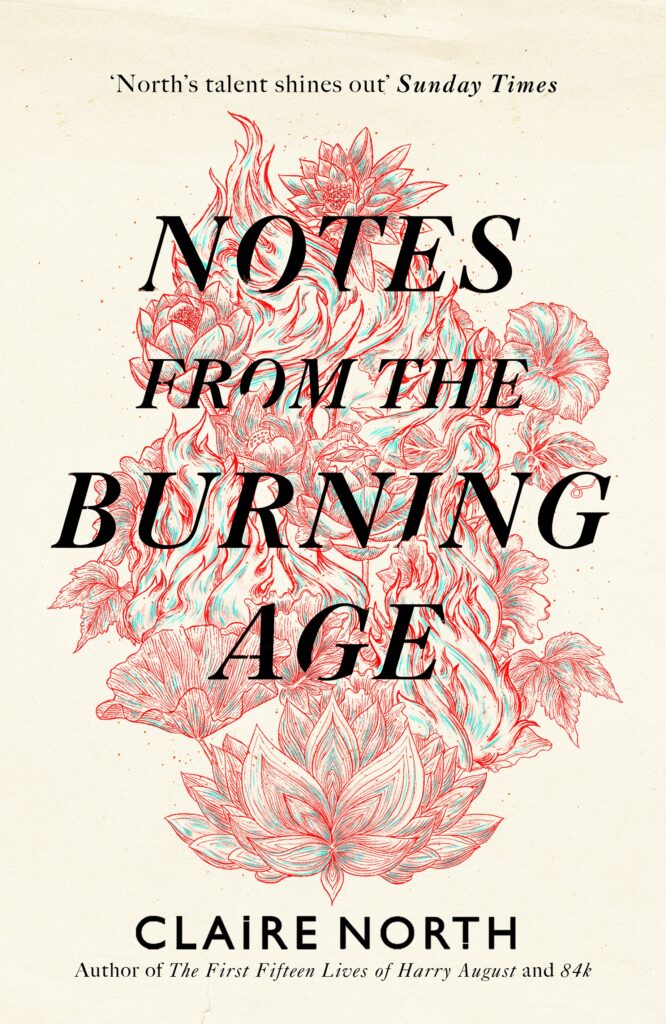 Notes from the Burning Age will release worldwide this July and is available for pre-order now (UK | US | ANZ). You can also read a press release about the acquisition below!

Orbit UK has acquired a new novel from the multi-award winning Claire North entitled Notes from the Burning Age, described by the publisher as ‘a spellbinding speculative fiction novel set in a future utopian society that is thrilling, moving and thought-provoking in equal measure’.

Meg Davis at the Ki Agency sold World Rights to Publisher Anna Jackson at Orbit UK, who will publish alongside sister imprint Orbit US in a co-ordinated global release this July.

Claire North is a pseudonym for the author Catherine Webb. Her first book under the Claire North name was the word-of-mouth bestseller The First Fifteen lives of Harry August, which is currently being adapted as movie by Steven Spielberg’s Amblin Partners and will be directed by ‘Maze Runner’ director Wes Ball.

North has since published several critically acclaimed novels and won the World Fantasy Award and the John W. Campbell Award, and has been shortlisted for the Arthur C. Clarke Award, the Philip K. Dick Award, the Locus Award and the Sunday Times/PFD Young Writer of the Year Award. Her novels have sold over 750,000 copies in the English language and have been sold in translation in over 20 territories.

Acquiring editor Jackson says ‘Claire continues to amaze me with the scope of her imagination, and Notes from the Burning Age really wowed me with its sheer brilliance and originality. Set in an age after the world has burned, it’s a visionary tale that asks whether humankind can change the paths we seem fated to follow. Claire has already achieved so much in her writing career to date, and this book is going to take her to new heights.’