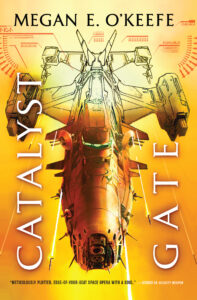 VELOCITY WEAPON (US | UK)  and CHAOS VECTOR (US | UK)  hooked readers with its huge space battles, intricate planetary politics, breakneck pacing, and bold plot twists. Now, with the third book on the horizon and the fate of the universe hanging in the balance, you can finally feast your eyes on the gorgeous cover for the final book in the trilogy:

With art by Sparth and design by Lauren Panepinto, this cover promises more heart-stopping action, more adventure, and more loveable AI from a master of modern science fiction. Pre-order it now (US |UK) Or start with the first book in the series (US | UK). 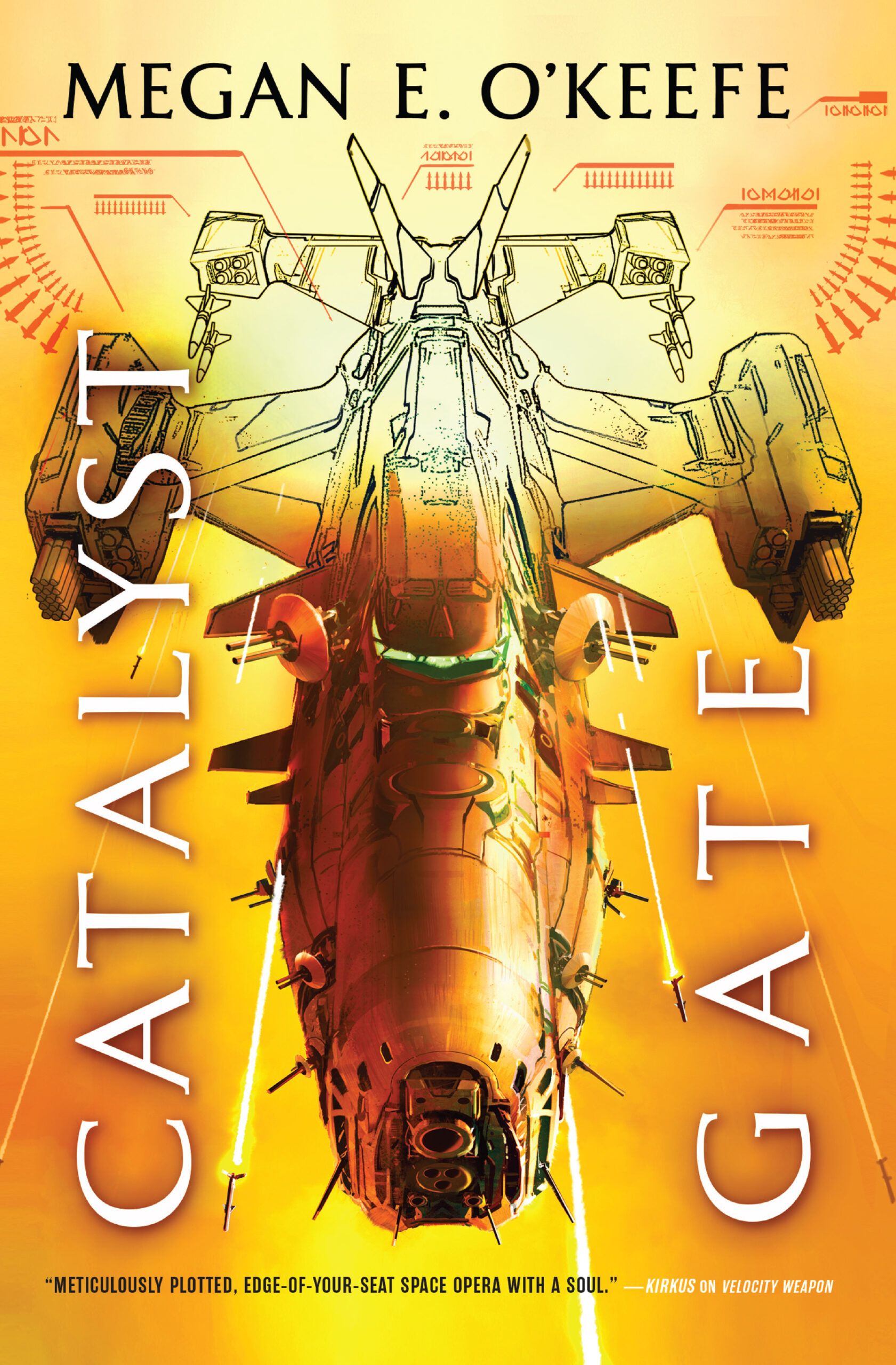 The universe is under threat and an ancient alien intelligence threatens to bring humanity down unless Major Sanda Greeve and her crew can stop it in the final book of this explosive Philip K. Dick award-nominated space opera.

The code has been cracked. The secrets of the Casimir gates have been revealed. But humanity still isn’t safe. The alien intelligence known as Rainier and her clones are still out there, hell-bent on its destruction. And only Sanda can stop them.

With the universe’s most powerful ship under her command and some of the most skilled hackers, fighters, and spies on her team, it will still take everything she has to find the key to taking down an immortal enemy with seemingly limitless bodies, resources, and power.