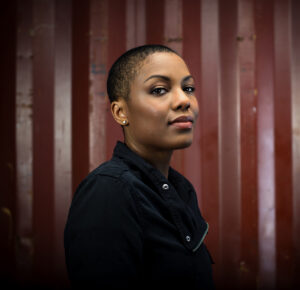 Are you ready to discover the magical side of Washington D. C.? Orbit is delighted to announce the acquisition of THE MONSTERS WE DEFY, a riveting historical fantasy novel by Leslye Penelope, author of the Earthsinger Chronicles.

Set in 1925 Washington D. C., The Monsters We Defy follows a woman with the unique ability to communicate with spirits who must assemble a ragtag crew bestowed with magical gifts to pull off a daring heist and save her community from malevolent beings. Blending rich historical details, African American folk magic, and sharp social commentary, Leslye has crafted a caper that is sure to delight fans of Alix E. Harrow, P. Djeli Clark, Leigh Bardugo, and N. K. Jemisin.

I’m sure you’re eager to know more! Here are a few words from Leslye about what inspired her to write this novel:

“Girl Kills Detective,” “Sniping Negress Held for Slaying” — the headlines of the newspaper articles tell their version the story of Clara “Carrie” Minor Johnson, a seventeen-year-old girl from Washington, DC who was arrested during the Red Summer riots of 1919 for killing a policeman.

That detective had been one of the policemen to burst into Carrie’s bedroom during the middle of the riot. Police claimed there had been a sniper shooting from the roof—neighbors dispute this. Carrie and her father hid under the bed. Shots were fired at the intruders and the police fired back, injuring both father and daughter. They lived; Detective Harry Wilson died. Eighteen bullet holes were left in the door to Carrie’s bedroom.

A jury convicted Carrie of manslaughter, but she was given a new trial after her original judge, on his deathbed, regretted not allowing her to use self-defense. The new district attorney dropped the charges, basically admitting the young woman was in fear for her life and that he would not get another conviction.

She was freed from jail at the age of nineteen and then disappears from history. Six years after Red Summer, in August of 1925, the Ku Klux Klan marched down Pennsylvania Avenue. The climate of oppression and terror for Black Americans had changed little. How might Carrie at twenty-three have viewed her world? What might she have done with her second chance?

I imagine a future for Carrie—this girl who fought back, who shot back, and lived, and ultimately went free. I imagine a life of struggle and agitation, of magic and love, and becoming an agent of change in her community.

The Monsters We Defy uses Carrie’s history as a springboard for a story weaving Black folk magic, history, and romance into the adventure of a caper. A story not of Black pain, but Black survival and the pursuit of joy.

THE MONSTERS WE DEFY publishes Summer 2022. In the meantime, please join us in welcoming Leslye to Orbit! You can find her at https://lpenelope.com/ and on Twitter at @leslyepenelope.