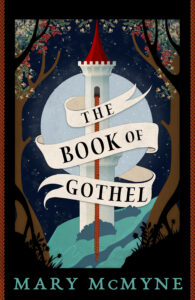 What does every beautiful, gothic fairytale reimagining need? An equally beautiful, fairytale inspired cover! Feast your eyes on the cover of The Book of Gothel. Designed by Lisa Marie Pompillio, it perfectly evokes the witchcraft and magic, crumbling towers, dark woods and otherworldly secrets of this gorgeous debut novel that spins the familiar story of Rapunzel on its head by centering its villain. Get excited for The Book of Gothel to publish in Summer 2022. And in the meantime, say hello to Mary McMyne on Twitter @MaryMcMyne and at her website. 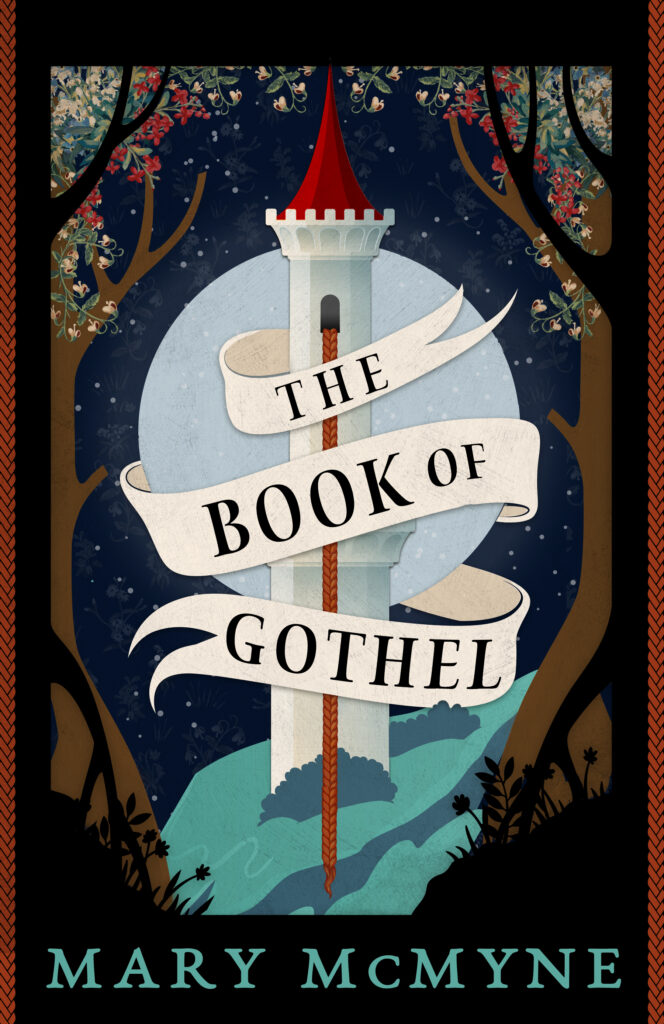 Haelewise has always lived under the shadow of her mother, Hedda—a woman who will do anything to keep her daughter protected. For with her strange black eyes and even stranger fainting spells, Haelewise is shunned by her village, and her only solace lies in the stories her mother tells of child-stealing witches, of princes in wolf-skins, of an ancient tower cloaked in mist, where women will find shelter if they are brave enough to seek it.

But when her mother dies, Haelewise is left unmoored. With nothing left for her in her village, she sets out to find the tower of legend—a place called Gothel, where Haelewise meets a wise woman willing to take her under her wing.

But Haelewise is not the only woman to seek refuge at Gothel. It’s also a haven for a girl named Rika, who carries with her a secret the Church strives to keep hidden. A secret that just might explain why Haelewise keeps hearing her mother’s voice.