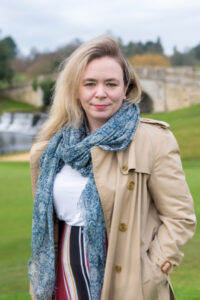 Orbit UK is  delighted to announce the acquisition of  World Fantasy Award-Winning author Emily Tesh’s highly anticipated debut novel, SOME DESPERATE GLORY. A thrillingly told queer space opera full of complex characters and boundless imagination. By turns epic and intimate, it’s coming-of-age story about what empires and systems of war do to the young soldiers in their care. It’s about overcoming indoctrination and who you must become when every choice is stripped from you.

Kyr lives in the bowels of Gaea Station alongside the last scraps of humanity, training for the day she can avenge the destruction of planet Earth at the hands of the all-powerful, reality-shifting weapon known as the Wisdom. She trusts and even loves Command, but when they assign the wrong missions – her beloved brother Magnus to a useless suicide and her to bear sons until she dies trying – she knows she has to take humanity’s revenge into her own hands.

But she soon learns that not everything she’s been raised to believe is true and the Wisdom is far more complex and dangerous than she could ever have imagined.

Emily Tesh, a two-time Astounding Award finalist, is the author of the World Fantasy Award-winning Greenhollow Duology. She grew up in London and studied Classics at Trinity College, Cambridge, followed by a Master’s degree in Humanities at the University of Chicago. She now lives in Hertfordshire, where she passes her time teaching Latin and Ancient Greek to schoolchildren who have done nothing to deserve it. She has a husband and a cat. Neither of them knows any Latin yet, but it is not for lack of trying.

We can’t wait to share Some Desperate Glory with you next year! In the meantime, please join us in welcoming Emily to Orbit. You can find her on Instagram and at emilytesh.net.