In the first year of the Thirty-Third Dynasty, when He came to the planet where I was born and made of it a wasteland for glory’s sake, my ten-times-great grandfather’s king and lover Alekso Undying built on the ruins of the gods who had lived before Him Alectelo, the City of Endless Pearl, the Bride of Szayet, the Star of the Swordbelt Arm, the Ever-Living God’s Empty Grave.

He caught fever and filled that grave, ten months later. You can’t believe in names. 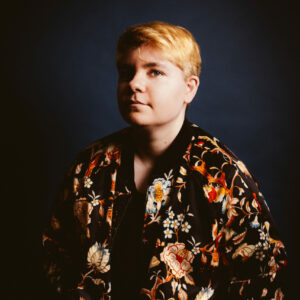 Clear your schedules—THE STARS UNDYING is about to be your new obsession.

Orbit is thrilled to announce the acquisition of Emery Robin’s stunning space opera debut and its sequel, which recasts the fates of Cleopatra, Julius Caesar, and Mark Antony among the stars. Perfect for fans of Ancillary Justice and A Memory Called Empire, this is space opera by way of Madeline Miller—timeless, epic, and completely enthralling.

Set in a world of sunken cities and sweeping starscapes, THE STARS UNDYING tells the story of Altragracia Patramata, a usurped princess and prophet determined to reclaim her throne at any cost. But when her path collides with that of ambitious commander Matheus Ceilha (and his beautiful but volatile lieutenant, Anita), she’s quickly torn between an alliance that fast becomes more than political and the wishes of the god—or machine—that whispers in her ear. To save her world, and herself, she’ll have to become a queen as history has never seen before—even if it breaks an empire.

We can’t wait to bring you THE STARS UNDYING next year—in the meantime, please join us in welcoming Emery Robin to Orbit! Follow along for updates on Twitter at @emwrobin.