We’re thrilled to announce the acquisition of EMILY WILDE’S ENCYCLOPAEDIA OF FAERIES by Heather Fawcett, an utterly charming, cosy fairy tale with a heart-warming romance, set in a gorgeous, wintery Icelandic setting. Full of enchanting magic and mischievous faeries, this is The Ten Thousand Doors of January meets Jonathan Strange and Mr. Norrell, with the whimsy of The House in the Cerulean Sea. 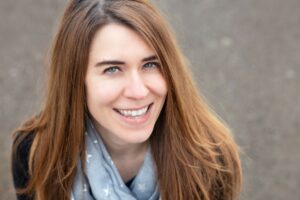 Professor Emily Wilde may not know how to make small talk at a dinner party—or be invited to one in the first place—but she’s managed to become one of the world’s most renowned dryadologists, a scholar of the Folk. Authoring the first comprehensive encyclopaedia of fairies will make her career, she needs only to complete the final chapter on the mysterious Hidden Ones who dwell in the arctic country of Ljosland.

But scholarly Emily is a fish out of water when she arrives in the beautiful, hardscrabble village of Hrafnsvik. Almost entirely cut off from the outside world, the villagers rely on each other to survive, and Emily manages to offend half the village with her poor social skills. Things are further complicated by the arrival of Professor Wendell Bambleby, Emily’s academic rival, who is working on his own paper on the Hidden Ones. When the charismatic Bambleby offers a partnership, Emily is forced to agree or risk having him take credit for any discoveries—though Emily knows that Wendell is more than he appears, and not to be trusted.

To Emily’s astonishment, she finds herself not only observing the Folk of Ljosland from a scholarly distance, but caught up in their malevolent games. And if she and Wendell are to help the villagers, Emily may need to risk not only her cherished scientific objectivity, but her life.

We can’t wait to charm you with EMILY WILDE’S ENCYCLOPAEDIA OF FAERIES in 2023, but in the meantime please join us in welcoming Heather Fawcett to Orbit! You can find Heather on Twitter @heathermfawcett.