We are thrilled to reveal the gorgeous cover for SOUL TAKEN, releasing in hardback in March 2022: 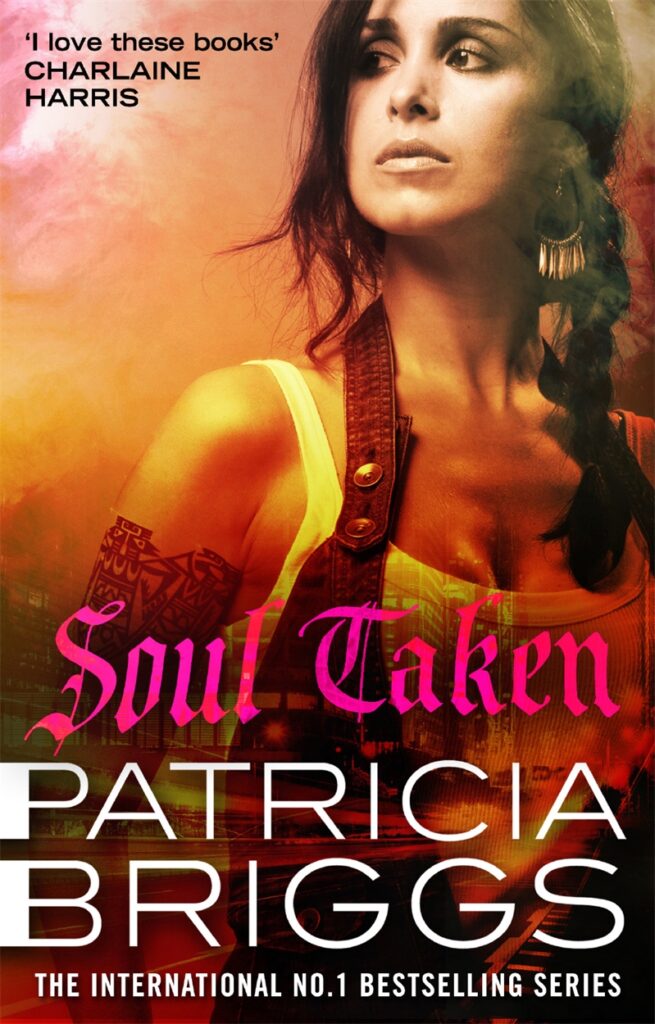 Read on to see what’s in store as Mercy faces her biggest threat yet:

The vampire Wulfe is missing. Since he’s deadly, possibly insane, and his current idea of ‘fun’ is stalking Mercy, some may see it as no great loss. But when he disappears, the Tri-Cities pack is blamed. The mistress of the vampire seethe informs Mercy that the pack must produce Wulfe to prove their innocence, or the loose alliance between the local vampires and werewolves is over.

So Mercy goes out to find her stalker – and discovers more than just Wulfe have disappeared. Someone is taking people from locked rooms, from the aisles of stores and even from crowded parties. And these are not just ordinary people but supernatural beings. Until Wulfe vanished, all of them were powerless loners, many of whom quietly moved to the Tri-Cities in the hope that the safety promised by Mercy and Adam’s pack would extend to them as well.

Who is taking them? As Mercy investigates, she learns of the legend of the Harvester, who travels by less-trodden paths and reaps the souls that are ripe with a great black scythe . . .

‘Patricia Briggs is an incredible writer . . . I love hanging out with the amazing characters in this series!’ Nalini Singh, New York Times bestselling author