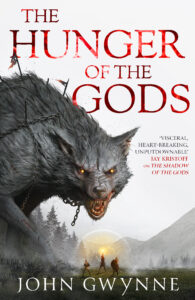 Sharpen your axes – it’s time to return to the Battle-Plain!

Orbit is thrilled to reveal the cover for THE HUNGER OF THE GODS, the action-packed second novel in John Gwynne’s Bloodsworn series, which began with THE SHADOW OF THE GODS (UK/US). Prepare to continue this sweeping adventure of myth, magic and bloody vengeance . . .

Publishing in April 2022, THE HUNGER OF THE GODS is available for pre-order now (UK/US)

Lik-Rifa, the dragon god of legend, has been freed from her eternal prison. Now she plots a new age of blood and conquest.

As Orka continues the hunt for her missing son, the Bloodsworn sweep south in a desperate race to save one of their own – and Varg takes the first steps on the path of vengeance.

Elvar has sworn to fulfil her blood oath and rescue a prisoner from the clutches of Lik-Rifa and her dragonborn followers, but first she must persuade the Battle-Grim to follow her.

Yet even the might of the Bloodsworn and Battle-Grim cannot stand alone against a dragon.

Their only hope lies within the mad writings of a chained god. A book of forbidden magic with the power to raise the wolf god Ulfrir from the dead . . . and bring about a battle that will shake the foundations of the earth. 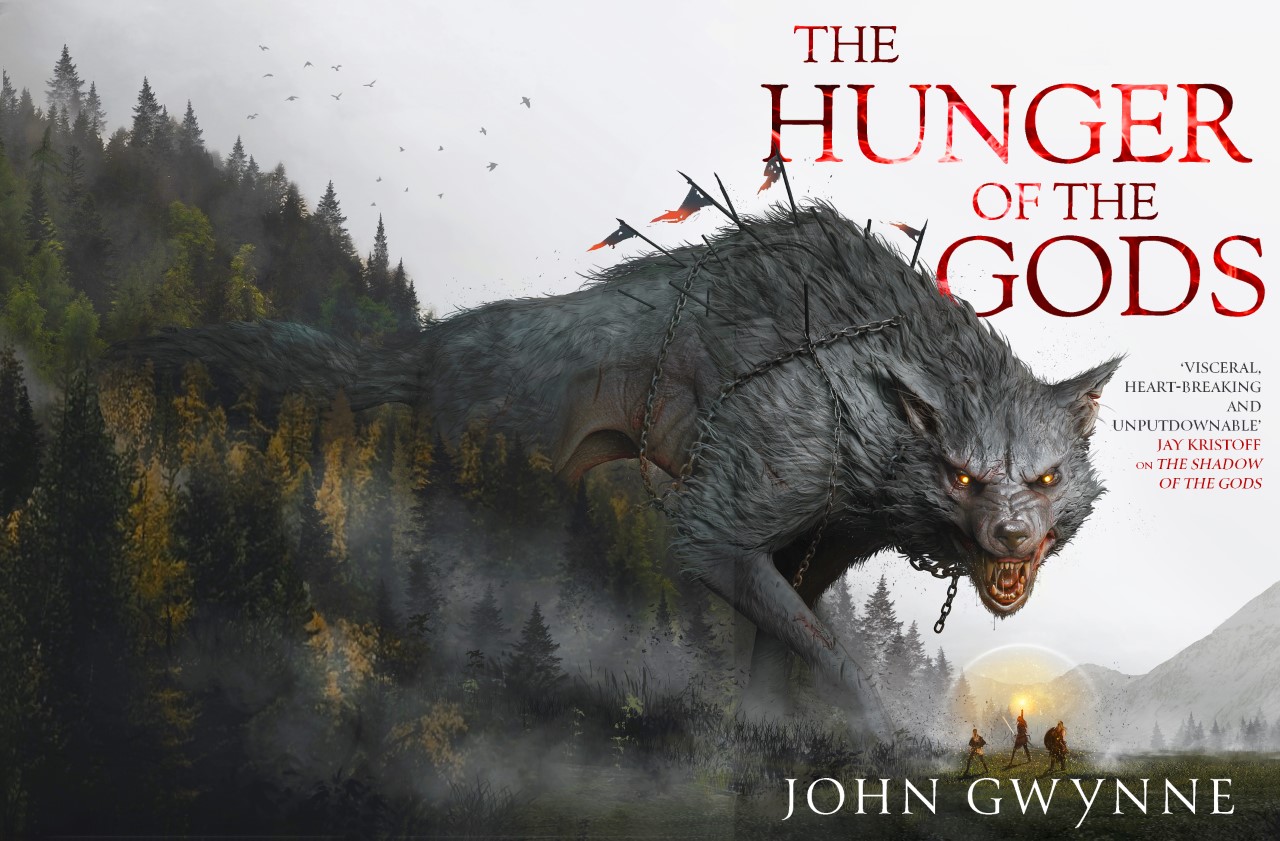 Praise for The Bloodsworn series:

‘A world stunning in its immensity’ Robin Hobb

‘A masterclass in storytelling . . . epic, gritty fantasy with an uncompromising amount of heart’ FanFiAddict

‘Quintessential Gwynne honed to perfection . . . The Shadow of the Gods is absolutely stunning, one hell of an epic series opener and a spectacular dose of Viking-flavoured fantasy’ The Tattooed Book Geek

‘Reminds me of all that I love in the fantasy genre. The Shadow of the Gods is an action-packed cinematic read’ Fantasy Hive 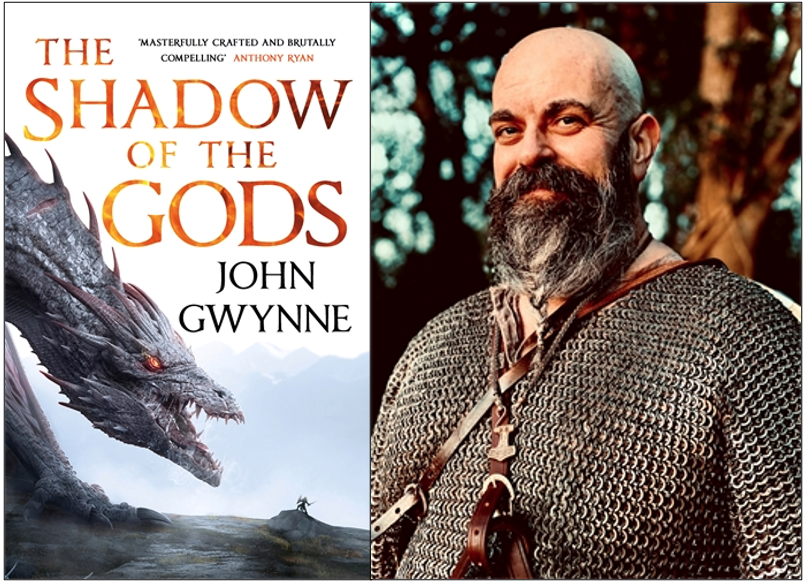 John Gwynne studied and lectured at Brighton University. He’s played double bass in a rock ‘n’ roll band and travelled the USA and Canada. He is married with four children and lives in Eastbourne, where he is part of a Viking re-enactment group. When not writing he can often be found standing in a shield wall with his three sons about him.