Following our exciting acquisition news about ITHACA by Claire North, we’re now thrilled to reveal the stunning cover, designed by the hugely talented Lisa Marie Pompilio at Orbit US. 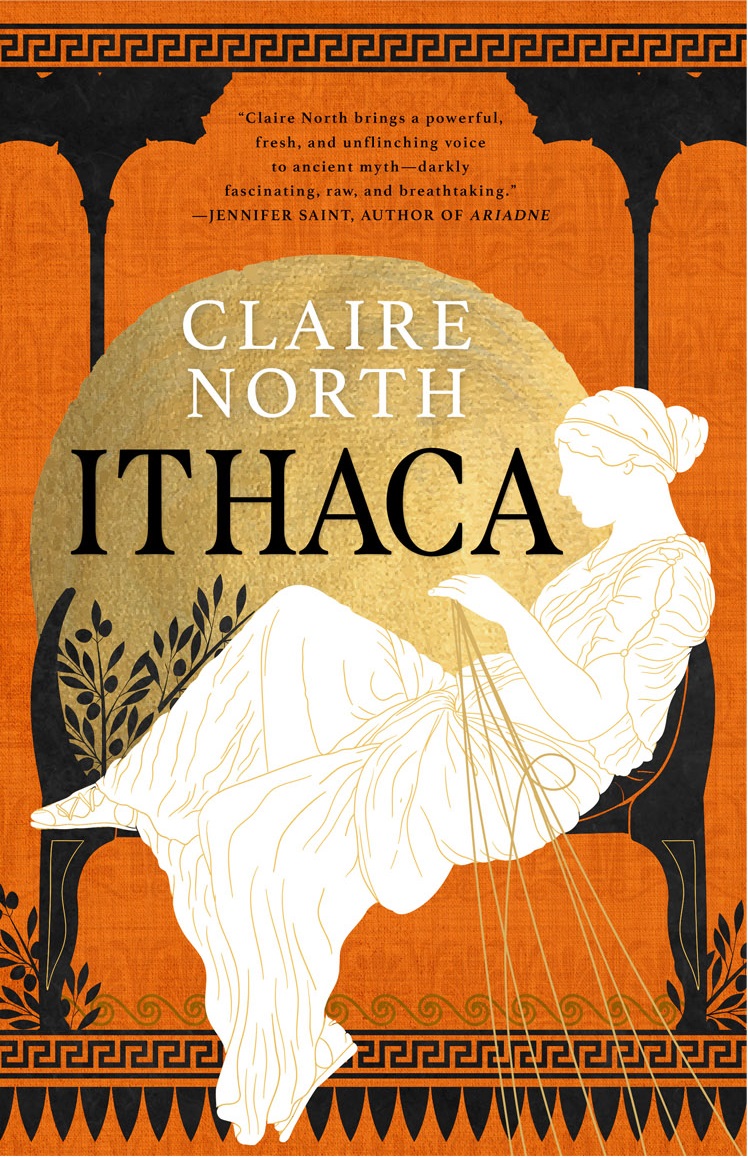 Claire North is renowned for being one of the most original and innovative voices in modern fiction, and now she has turned her hand to the classical age with incredible results . . .

ITHACA is a powerful retelling of the Greek myth of Penelope from the Odyssey. It is perfect for anyone who has enjoyed Circe by Madeline Miller or Ariadne by Jennifer Saint—but it also has its own completely unique flavour, told through the eyes of the goddess Hera. It’s poetic, thrilling, and heartbreaking all at once, and it’s already receiving superb praise:

ITHACA is out this September and it’s available for pre-order now (UK | US) . Read on to hear more about it:

This is the story of Penelope of Ithaca, famed wife of Odysseus, as it has never been told before. Beyond Ithaca’s shores, the whims of gods dictate the wars of men. But on the isle, it is the choices of the abandoned women – and their goddesses – that will change the course of the world.

Seventeen years ago, king Odysseus sailed to war with Troy, taking with him every man of fighting age from the island of Ithaca. None of them have returned, and the women have been left behind to run the kingdom.

Penelope was barely into womanhood when she wed Odysseus. Whilst he lived, her position was secure. But now, years on, speculation is mounting that husband is dead, and suitors are starting to knock at her door . . .

But no one man is strong enough to claim Odysseus’ empty throne – not yet. Between Penelope’s many suitors, a cold war of dubious alliances and hidden knives reigns, as everyone waits for the balance of power to tip one way or another. If Penelope chooses one from amongst them, it will plunge Ithaca into bloody civil war. Only through cunning and her spy network of maids can she maintain the delicate balance of power needed for the kingdom to survive.

On Ithaca, everyone watches everyone else, and there is no corner of the palace where intrigue does not reign . . .

From the multi award-winning Claire North comes a daring, exquisite and moving tale that breathes life into ancient myth, and tells of the women who stand defiant in a world ruled by ruthless men. It’s time for the women of Ithaca to tell their tale . . .

‘Like Penelope at her loom North both weaves and unweaves, teasing out the threads of Homeric myth to recombine them into something unique, wonderful and urgently contemporary’ M. R. Carey, author of The Girl With All the Gifts