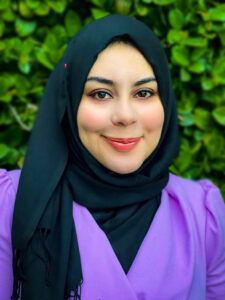 Orbit is excited to announce the acquisition of THE JASAD HEIR, an Egyptian-inspired political fantasy from debut author, Sara Hashem.

The Jasad Heir is an epic tale of scorched kingdoms, forbidden magic, and cunning royals. Sylvia is the heir of the shattered kingdom, Jasad. Forced into hiding after her family is massacred, she knows to keep her head down, remain alone, and never use her magic. But one act of kindness changes everything and Sylvia is thrust into a game with her fallen kingdom’s greatest enemy—a game that could resurrect her kingdom or leave it in ashes forever.

Intrigued? I hope so! Here are a few words from Sara about what inspired her to write her debut:

Two years after my family moved from California to Egypt, Arab Spring struck. The country I had just started getting to know was immediately turned on its head. Students marched in the streets. The elderly slept in freezing tents in the middle of Tahrir Square. Families spent weeks clustered together, glued to their TVs or radios.

The decision to return to California was not easy. Wracked with guilt, I asked my father, “Do you think people know what happened? What’s still happening?” With complete certainty, he used a common Egyptian saying that translates to, “They will know even the movements of the ants in Egypt.”

But when I returned, people had no idea lives had been lost and they assumed I would be relieved to be away from a country in the midst of chaos and change.

Nearly a decade later, I started writing The Jasad Heir to answer a central question: what do you owe to a place and a people you’ve barely known but without whom you wouldn’t exist? Sylvia’s story helped me to find those answers, and I hope readers enjoy the journey as much as I did.

Look out for The Jasad Heir in 2023 and, in the meantime, please join us in welcoming Sara! You can find her on Twitter and TikTok as @SHashemWrites

Sara Hashem is an American-Egyptian writer from Southern California, where she spent many sunny days holed up indoors with a book. Sara’s love for fantasy and magical realms emerged during the two years her family lived in Egypt. When she isn’t busy naming stray cats in her neighborhood after her favorite authors, Sara can be found buried under coffee-ringed notebooks. She is currently pursuing her Juris Doctor degree as well as the perfect banana bread recipe.