A young woman raised on an isolated island by a magician discovers things aren’t as they seem and must venture into early 1900s England to return magic to the world in this lush and lyrical historical fantasy.

Take a first look at the cover for The Magician’s Daughter by H. G. Parry coming next February (US | UK)! 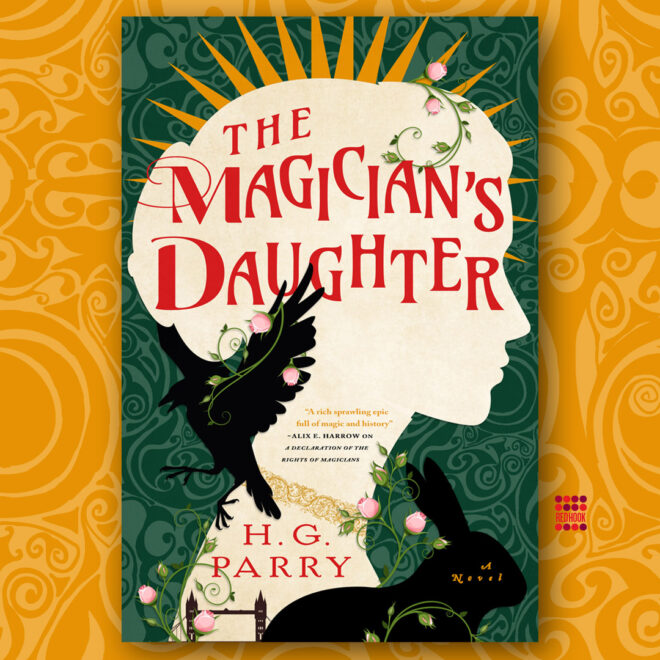