Orbit UK is thrilled to announce that we’ve acquired Boys in the Valley, a chilling folk horror set in a remote orphanage in turn of the century Pennsylvania, that reads like The Exorcist meets Lord of the Flies, from award-winning and Bram Stoker award-nominated author Philip Fracassi.

Orbit UK Commissioning editor Nadia Saward won UK and Commonwealth rights at auction from Chris Scheina at Macmillan US, with Tor Nightfire holding NA rights. Boys in the Valley will be publishing in July 2023, but you can read on for a taste of what’s in store, and don’t forget to follow Philip Fracassi on Twitter @PhilipFracassi. 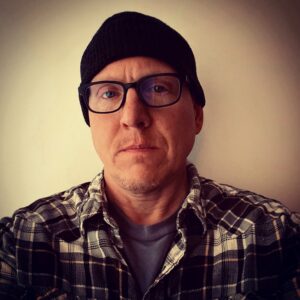 St. Vincent’s Orphanage for Boys. Turn of the century, in a remote valley in Pennsylvania.

Here, under the watchful eyes of several priests, thirty boys work, learn, and worship. Peter Barlow, orphaned as a child by a gruesome murder, has made a new life here. As he approaches adulthood, he has friends, a future. . . a family.

Then, late one stormy night, a group of men arrive at their door, one of whom is badly wounded, occult symbols carved into his flesh. His death releases an ancient evil that spreads like sickness, infecting St.  Vincent’s and the children within.

Soon, boys begin acting differently, forming groups. Taking sides. Others turn up dead. Now Peter and those dear to him must choose sides of their own, each of them knowing their lives – and perhaps their eternal souls – are at risk.