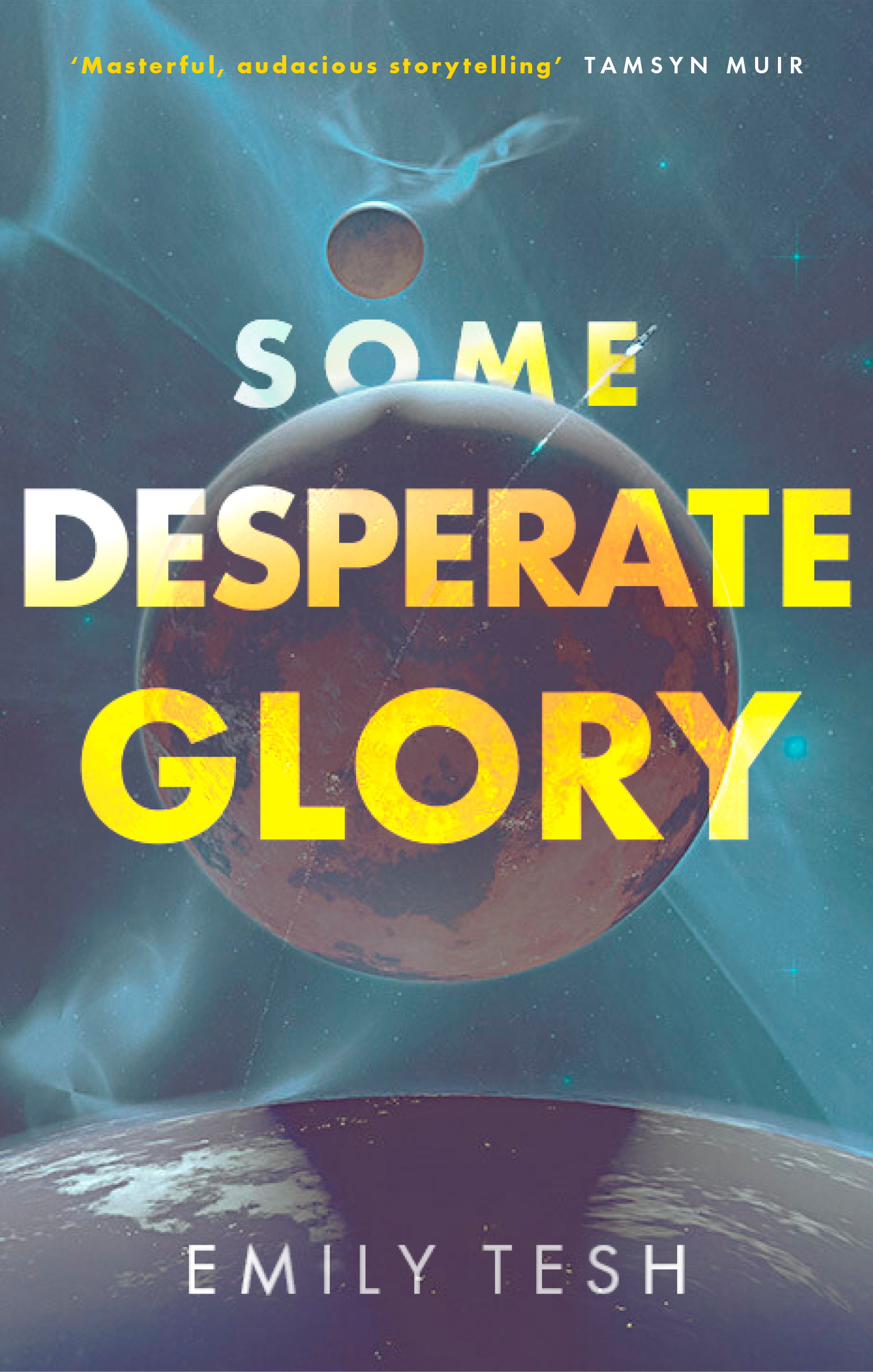 While we live, the enemy shall fear us.

All her life Kyr has trained for the day she can avenge the destruction of planet Earth by an all-powerful, reality-shifting weapon known as the Wisdom. Raised in the bowels of Gaea Station alongside the last scraps of humanity, she is one of the best warriors of her generation, the sword of a dead planet.

Then Command assigns her brother to certain death and relegates her to the nursery to bear sons and she knows she must take humanity’s revenge into her own hands. But she soon learns that not everything she’s been raised to believe is true, and the Wisdom is far more complex and dangerous than she could ever have imagined.

Coming April 2023, SOME DESPERATE GLORY is a thrillingly told space opera about the wreckage of war, the family you find and who you must become when every choice is stripped from you.