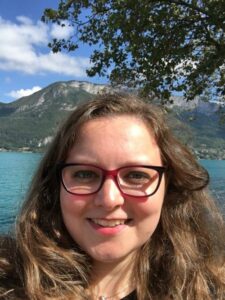 Set in a world with the whimsy and darkness of a fairytale, The City of Stardust follows a woman who discovers her family owes a blood debt to a powerful being, and must venture into a hidden realm of magic, gods, and monsters to escape her fate. Perfect for readers of Alix E. Harrow and Erin Morgenstern, The City of Stardust will transport you to a world you’ll want to visit over and over again.

The Everly family is cursed. Every generation is destined to lose their best and brightest, taken by a woman named Penelope, who never ages, never sickens, and never forgives a debt.

When her mother vanishes in the middle of the night, the curse falls on Violet Everly—unless she can break it first. To do so, she must descend into a seductive, magical underworld of power-hungry scholars, fickle gods, and monsters bent on revenge. And at the edges of the world, she’ll find the City of Stardust, where the Everly story began.

We can’t wait to share The City of Stardust with you in early 2024! And, in the meantime, please join us in welcoming Georgia to Orbit/Redhook. You can find her on Twitter @ge_summers.

Georgia Summers is half-British, half-Trinidadian, and spent most of her life living across the world, including Russia, Colombia, and the US. When she’s not doing bookish things, she’s planning her next great adventure. She currently lives in London, but she dreams of one day living in a haunted château with a ghost that cleans.