In our new Author Spotlight feature, we’ll be focusing on a different author each month – be it a classic writer who has stood the test of time, or a new author destined to be a future classic. The section is designed to give a brief introduction for those who have always been tempted to try a certain author, but are unsure about where to start. We hope it will give you all the tools and inspiration necessary to embark upon a new reading adventure, to dip your toe in the waters of possibility and – who knows? – perhaps dive head-first into a whole new universe!

Who is Ian Irvine? 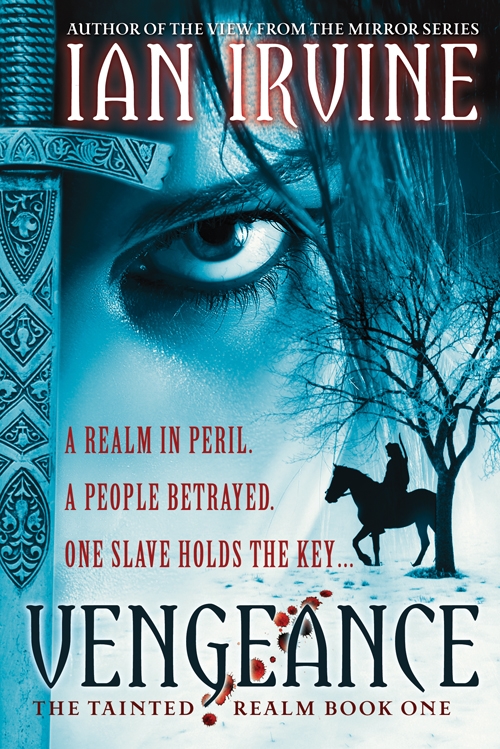 Ian Irvine has been writing novels since publishing his epic fantasy A SHADOW ON THE GLASS in 1998.

He has a PhD in marine science, and worked full time as a marine scientist visiting places such as Indonesia, Samoa, North Korea and Singapore before retiring to become a full-time writer with the publication of his fourth novel, THE WAY BETWEEN THE WORLDS.

Ian says that his exotic travels ‘provided absolutely no inspiration for his books’ as he prefers to send characters to ‘unpleasant places, there tormenting them to the limit of human ingenuity.’ However his fascination with nature and extreme conditions can be seen in his current work, the Tainted Realm trilogy, where in a world transformed by disastrous climate change factions are warring over the few resources left to them.

He and his wife live in the mountains of New South Wales, Australia. Although he is best known as a fantasy writer, he’s also written several series for children, as well as the eco-thriller series Human Rites.

He is currently completing REBELLION, the second book in his new fantasy trilogy, The Tainted Realm, and thinking about the final book, JUSTICE. In his spare time, he’s also doing some initial sketching for his newest Three Worlds series, which returns to the fan-beloved characters Karan and Llian and details their fateful adventures after THE WAY BETWEEN THE WORLDS.

So Where Should I Start?

Right now, Ian is completing the Tainted Realm trilogy, so order VENGEANCE today if you want to read his most recent series from the start and experience the buzz as the books are released!

The Tainted Realm follows the slave girl Tali, fighting for freedom, and the young aristocrat Rix. As children they witnessed a terrible murder that will change their lives as adults – Tali witnessed the death of her mother, and swore to find revenge, whereas Rix saw two masked figures murder a woman he didn’t know and has been haunted by it ever since.

The first book in the series, VENGEANCE, was published in Australia in November 2011 in a C-format, and in B-format paperback in the rest of the world in April 2012. The second book, REBELLION, will be out in March 2013, and the series will conclude with JUSTICE, in November 2013. 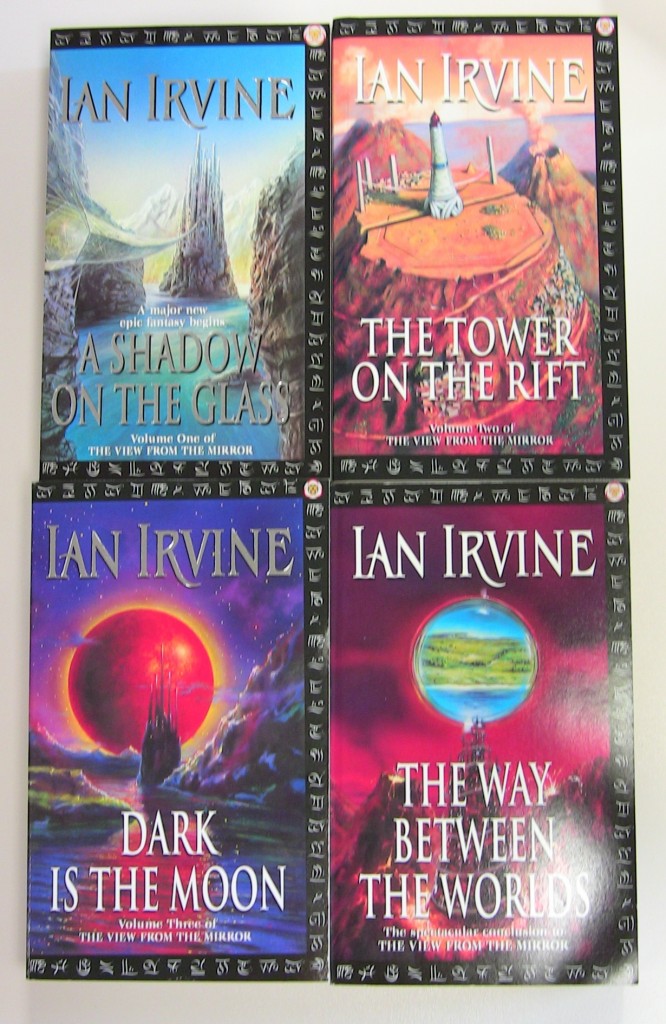 Ian is perhaps most well known for his Three Worlds series. He describes the series as ‘Darwinian fantasy’, because ‘There are no truly evil characters in it, though sometimes good characters do evil deeds. There are four human species, each struggling with all the others, and each doing what they think is right to ensure the survival of their kind.’

Once there were three worlds, each with their own human species: Aachim, Faellem and us, old human. Then, fleeing out of the void between the worlds came a fourth people, the Charon. They were just a handful, desperate, on the edge of extinction. They found a weakness in the Aachim, took their world from them, and the balance changed forever . . .

There are three series set in the Three Worlds; The View from the Mirror Quartet, the Well of Echoes, and The Song of the Tears. Each series can easily stand on its own, but together they form a bigger picture.

The View From The Mirror series introduces the Three Worlds and the characters Karan and Llian. Karan is forced to steal an artefact, the mirror of Aachan, that holds dark secrets that may destroy her, and Llian is the brilliant chronicler – expelled from his college for uncovering a terrible mystery – who tries to help. This series comprises: 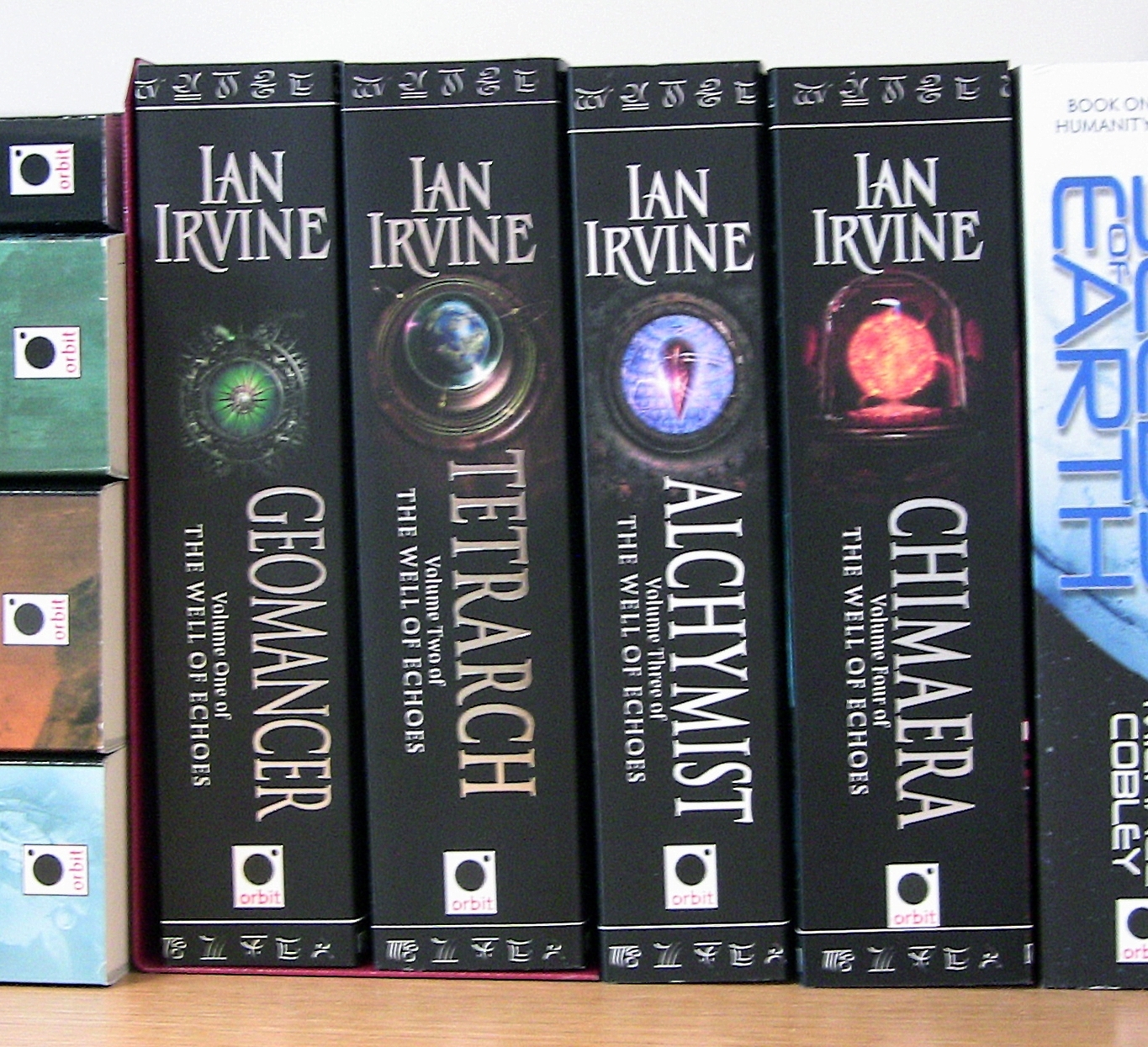 The Well of Echoes quartet occurs over two hundred years after the View from the Mirror series, although there are a few long-lived recurring characters. In this series, as a result of the events in the View From The Mirror, the forces that first drove the Charon from the Void have escaped and now the people of Santhenar fight a desperate battle for survival.

The Song of the Tears trilogy is set ten years after the events of CHIMAERA. Nish is the son of the corrupt God-Emperor, and he’s been imprisoned for the last ten years by his cruel father. The people of the land believe Nish will escape and free them, but faced with the choice of ruling at his father’s side or another decade in prison, Nish isn’t so sure they’re right . . . 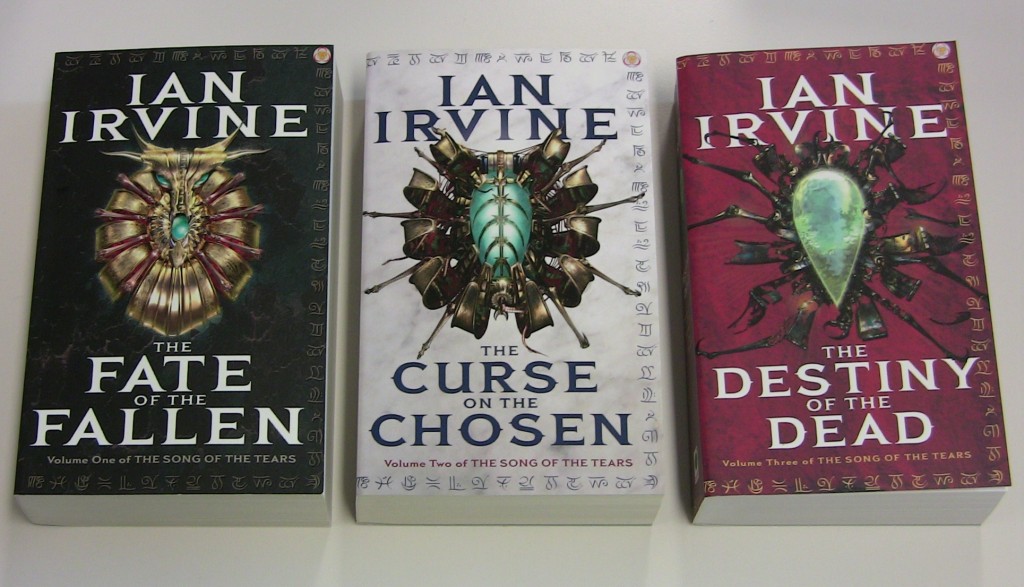 ‘Ian Irvine can consider himself comfortably ranked next to the works of Robert Jordan and David Eddings and, more appropriately, the mighty Anne McCaffrey’ – SFX

‘Readers of Eddings, Goodkind and Jordan will lap this one up’ – Starlog

“Irvine is a veteran storyteller who excels in sustaining complex plots with well-rounded characters. Here, he delivers a compelling tale of vengeance, loyalty, and the search for a place in the world.” Starred review of VENGEANCE, Library Journal

‘He knows how to spin an epic yarn and tell it with real gusto . . . ambitious in scope and tirelessly action-stuffed’ SFX on VENGEANCE

‘Incredibly exciting. The end will have you eagerly anticipating the next book.’ Good Reading on VENGEANCE

You can find out more about Ian at his website, follow him on twitter at @ianirvineauthor or join thousands of fans over at his popular facebook page. Ian welcomes e-mails from readers, and can be reached at this address: ianirvine@ozemail.com.au.