Ron Hogan at Galleycat and a poster at Metafilter have recently drawn attention to the covers of of three Orbit authors, Charles Stross and Ken MacLeod (Orbit in the UK only), and Iain M. Banks (Orbit in the UK and US).

If we felt that a book would appeal to a wider readership if it had a different cover in the US or UK, we’d give it a different cover. But usually we don’t. Not everyone will agree with that — but that’s fine.

Going back to the Galleycat comments, we don’t really have any rules when it comes to covers, but there’s one thing we always do first when we’re discussing them: we decide what it is that excites us about a particular book/series/author. What makes it stand out? What makes it different to everything else out there? And then we ask ourselves: how do we reflect that in the cover approach? What kind of look would be the perfect way to reflect what we think makes this particular book/series/author special?

And it’s not just the cover illustration/design that this relates to — it’s the format, the production values, the entire package for a book.

This is the issue, I think, at the heart of the Great SFF Cover Debate/War. It’s nothing to do with where the book is being published in the world; it’s to do with the question that every genre publisher has to ask themselves: do we want our books to stand out or do we want them to fit in? Most genre publishers would say both: they want their books to stand out by looking exceptional, but they also want them to fit in by being immediately recognizable to readers of similar books within the genre. Depending on where you put the emphasis, though, the cover for a particular book can go in some very different directions.

Orbit is a publisher of genre fiction, and we’re proud to be a publisher of genre fiction, but at the moment we definitely seem to be putting more emphasis on trying to make our books stand out. Why? Check out the SFF section in your local book store. How quickly can you find a book from a writer you don’t know that excites you because of the way it looks? Hopefully, you’ll find something quickly and the book itself will turn out to be just as exciting as it looks. That’s why we like our covers to stand out.

Here’s video, along with the complete audio podcast, of Iain M. Banks and Ken MacLeod’s readings and conversation at last weekend’s Aye Write! festival in Glasgow.

If you haven’t discovered the Culture yet, check out this post at Slashdot by reviewer (and astrophysicist!) Simon DeDeo. For US newbies we can heartily recommend either Consider Phlebas or The Player of Games, both out this month from Orbit.

The News At 10:00 last night carried the sad story that Sir Arthur C. Clarke had passed away, some three months after his 90th birthday.

Although best known for 2001: A Space Odyssey, Clarke’s work encompassed so much more than just an iconic date.  The Fountains of Paradise won both the Hugo and the Nebula Awards and his brilliant Rendezvous with Rama went one better by adding the John W. Campbell Memorial Award. The scenes at the opening of Independence Day, of giant spaceships appearing over the Earth’s major cities, is straight out of the majestic Childhood’s End, written over forty years earlier.

His incredible body of work is reason enough to consider ‘greatness’ an entirely appropriate adjective, but Clarke was so much more than simply a science fiction writer.  He gave us Clarke’s Three Laws; he served in the RAF during the Second World War, where he was involved in the development of the early warning radar defence system; and in a paper published in Wireless World in October, 1945, he practically invented the telecommunications satellite.

When I heard the news last night, I went upstairs and took my copy of The Collected Short Stories off the bookshelf.  I’ve read pretty much everything Clarke’s written over the years – certainly all the solo works – but it has probably been over twenty years since I’ve read any of his short stories.  As I looked down the contents page trying to decide where to start, it was like reading a Shakespeare play and seeing all the quotes leap out. An unremitting catalogue of brilliance stared out at me: here was Loophole, there was Rescue Party; The Wall of Darkness, Nemesis, Second Dawn, All the Time in the World, The Lion of Comarre, No Morning After, A Meeting with Medusa, “If I Forget Thee, Oh Earth. . . “, Encounter at Dawn, Expedition to Earth, The Other Side of the Sky, Transit of Earth, The Wind From the Sun, Against the Fall of Night.

Those who know anything about Arthur C. Clarke will have spotted three glaring omissions in the above, and of course, that’s where I started. I re-read The Nine Billion Names of God, then I re-read The Star, and then I re-read The Sentinel. In some cases, the prose style may have dated a little, but the concepts and the execution are as powerful as ever. If you’d asked me as a teenager what reading Arthur C. Clarke felt like, I’d have said ‘having my brain pried open and the universe poured in’.  After reading those stories again last night, I’d say my teenage self had it spot on.

We lost one of our Greats yesterday. Farewell, Sir Arthur C. Clarke, the world is poorer for your passing. 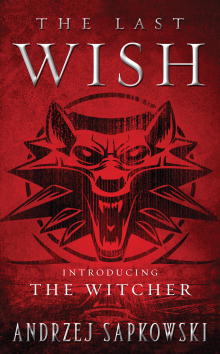 Pop over to Pat’s Fantasy Hotlist for a chance to win a copy of Andrzej Sapkowski’s The Last Wish.

The Last Wish introduces The Witcher, one of the best loved heroes of fantasy in Europe, and recently the star of the hit PC video game from Atari. You can check out the trailer for the game here, and some gameplay animation here (rated mature). There’s an enhanced edition of the game set for release this summer. The Witcher is currently PC only, so console players will have to wait (or talk their significant others into a video card upgrade… hmmm.)

Geralt was also the object of some gentle ribbing at Penny Arcade. Having read the book that inspired the game, we can assure you that yes, he is indeed the Witchest.

The Last Wish will be available from Orbit in the US in May.

Over at her livejournal Jo Graham discusses the “Warrior Princess” archetype in fantasy, and explains how she aimed to make Gull – the priestess in Black Ships – distinct from it.

“I think it’s important that our stories talk about the full range of human experience. Throughout human history important and interesting things have been done by people of both genders, playing a variety of gender roles. Our popular fiction chooses to focus on a few. Why not talk about Ruling Queens? About Sacred Whores, as Jacqueline Carey does in Kushiel’s Dart? About the neglected male archetypes of The Priest and The Psychopomp?”

Black Ships is out now in the US, and is forthcoming in the UK. Click here to read an excerpt. 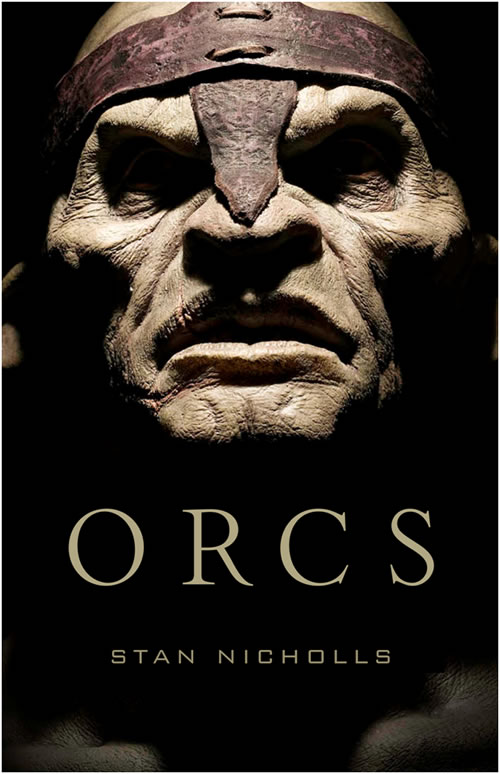 Without any doubt, urban fantasy has changed the face of SF and Fantasy publishing in the US over recent years and there’s no sign that it won’t continue to do so.

Biting the Bullet — book three in Jennifer Rardin’s Jaz Parks series — is out, and over at Jaye Wells’ blog there’s a memo from Jaz about the challenges of working for a vampire boss. Be sure to bookmark Jaye’s blog (blahg?) while you’re there. Her urban fantasy debut — Red-Headed Stepchild –- will be out from Orbit in 09.

The Culture novels (there are eight of them) are about the challenges of a world in which thinking beings must deal with one another across vertiginous gulfs of cultural and technological difference–a world, in other words, both completely different from and identical to our own.

And in an interview at the NerdWorld blog he asks Banks if the Culture is a utopian society, and if he’d live there if given the chance:

Good grief yes, to both! What’s not to like? …Well, unless you’re actually a fascist or a power junkie or sincerely believe that money rather than happiness is what really matters in life.

You can read the complete interview here.