We’re thrilled to reveal the brilliant cover for PARADISE-1 by David Wellington, due to be published in April ’23.

Paradise-1. Earth’s first deep space colony. For thousands of colonists, it was an opportunity for a new life.

Until it went dark. No communication has been received from the colony for months.

It falls to Firewatch Agent Alexandra Petrova and the crew of the Artemis to investigate.

What they find is more horrifying than they could have imagined.

PARADISE-1 is the first book in a terrifying tale of exploration and survival in the deepest reaches of space, by Clarke Award-nominated author David Wellington.

‘Timely and terrifying, The Last Astronaut propels us deep into the mysteries of space . . . breathless, compulsive reading’ Christopher Golden

Blade of Dream by Daniel Abraham is the second installment in The Kithamar Trilogy coming to bookstores July 2023! Take a look at the stunning cover below then pick up Age of Ash (US | UK), book one in the series. 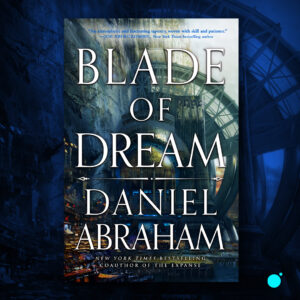 Orbit is thrilled to announce our acquisition of Children of Memory (US), the unmissable follow-up to the highly acclaimed Children of Time and Children of Ruin, by Arthur C. Clarke Award-winning author Adrian Tchaikovsky. In this modern classic of space opera, humanity continues to battle for survival in the stars. 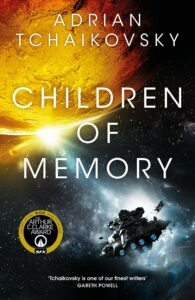 Earth failed. In a desperate bid to escape, the spaceship Enkidu carried its precious human cargo to a potential new paradise. Generations later, this fragile colony has managed to survive, eking out a hardy existence. Yet life is tough, and much technological knowledge has been lost.

Then strangers appear. They possess unparalleled knowledge and thrilling technology—and they’ve arrived from another world—to help humanity’s colonies. But not all is as it seems, and the price of the strangers’ help may be the colony itself.

Children of Memory (US) will be on shelves in January 2023. While you wait, check out Children of Time and Children of Ruin. And if you want more Adrian Tchaikovsky, look no further than his new space opera trilogy, The Final Architecture—Shards of Earth and Eyes of the Void available now. 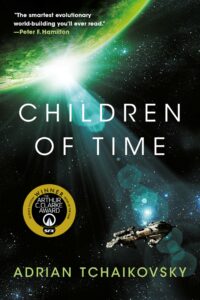 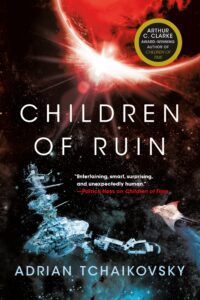 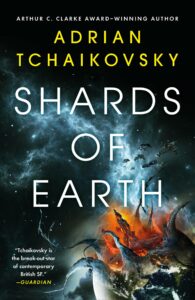 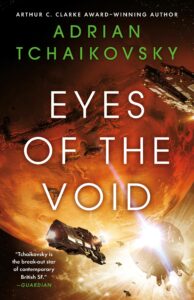 “One of the most interesting and accomplished writers in speculative fiction.” —Christopher Paolini

“A novel of sublime plot twists and spectacular set pieces, all underpinned by great ideas.” —Stephen Baxter on Children of Ruin

“Children of Time is a joy from start to finish. Entertaining, smart, surprising, and unexpectedly human.” —Patrick Ness

*Children of Memory is published by Pan Macmillan in the UK.

We are delighted to announce that Orbit has acquired two books in a highly-anticipated fantasy series inspired by East Asian mythology and watery folk tales from British debut author Eliza Chan. Eliza has published various pieces of short fiction but Fathomfolk will be her first novel.

In Eliza’s duology, revolution is brewing in the semi-submerged city of Tiankawi, between humans and the fathomfolk—sirens, sea witches, kelpies, and kappas—who live in its waters. This debut fantasy is perfect for fans of Fonda Lee’s Jade City and Sarah J. Maas’s House of Earth and Blood.

Eliza says: “I am thrilled that Fathomfolk has found a home with Orbit. They have published so many groundbreaking, cherished favourites of mine over the years and I am gobsmacked to be within that number. I am looking forward to working with Jenni and Brit, knowing my flooded world is in the best hands.”

Jenni says: “Eliza is such a find, and I am so glad that she decided to choose Orbit as the home for her debut! Fathomfolk is simply irresistible: we loved Eliza’s charming characters, her depth of worldbuilding: there were literal squeals of glee in the Orbit editorial meeting when we discussed her work, from team members who will remain anonymous for dignity’s sake…”

Alex says: “I loved the rich and beautifully drawn world of Fathomfolk from the first moment I read Eliza’s work, and I’m absolutely delighted that she’s found such a brilliant editor and home in Jenni and the team at Orbit.”

About the author: Eliza Chan is a Scottish-born Chinese-diaspora author who ‘writes about East Asian mythology, British folklore and madwomen in the attic, but preferably all three at once’. Eliza’s work has been published in The Dark, Podcastle, Fantasy Magazine and The Best of British Fantasy 2019. She lives in the North of England with her partner and young child. Fathomfolk is her first novel. @elizawchan

The Ashfire King by Chelsea Abdullah is the second installment in The Sandsea Trilogy coming to bookstores Fall 2023! Take a look at the stunning cover below. 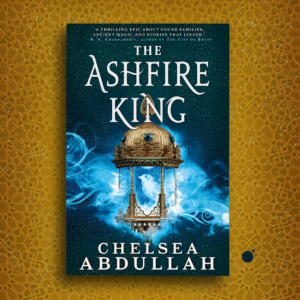 Welcome back to the world of the undead! Orbit is delighted to announce the acquisition of Bitter Waters and Strange New World, a novella and fourth book that will conclude Vivian Shaw’s beloved Dr. Greta Helsing series.

The adventure starts in Bitter Waters, when a barrow-wight shows up on Greta and Varney’s doorstep one night with 11-year-old Lucy Ashton who’s been newly—and forcefully—bitten and turned. Who did this to her, and why? With the help of her vampiric friends, Greta is determined to find out.

Then it’s time for a jaunt across the Atlantic in Strange New World, where Greta must balance the politics of Heaven and Hell as she road-trips across America on a research tour. There’s something ominous afoot. Supernatural beings are getting killed. Now, Varney and Greta must find out who’s responsible before more lives—and unlives—are lost.

Look out for Bitter Waters and Strange New World in 2024. And, if you haven’t started this delightfully charming series yet, there’s still time to check out Strange Practice (US | UK), Dreadful Company (US | UK), and Grave Importance (US | UK). Meanwhile, follow Vivian on Twitter @ceruleancynic and find out more at www.vivianshaw.net. 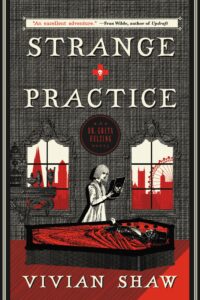 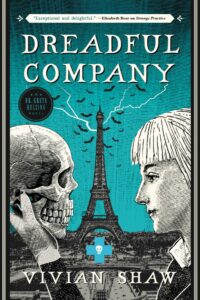 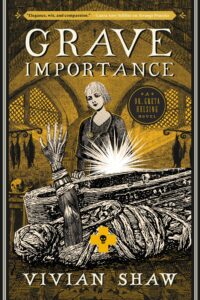 “Shaw balances an agile mystery with a pitch-perfect, droll narrative and cast of lovable misfit characters. These are not your mother’s Dracula or demons.” ―Shelf Awareness

Magic, mystery, and revolution collide in this fantasy epic where an unlikely team of mages, scribes, and archivists must band together to unearth a conspiracy that might topple their empire.

Empire of Exiles by Erin M. Evans is the first installment in the Books of the Usurper series coming to bookstores this November (US)! Take a look at the stunning cover below. 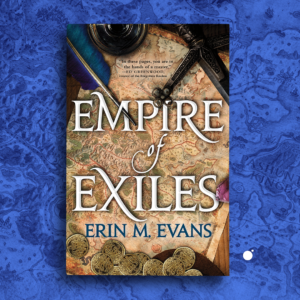 A usurped prince must master the magic of shadows in order to reclaim his kingdom, his people in the blockbuster second novel in USA Today bestselling author David Dalglish’s latest epic fantasy trilogy.

The Sapphire Altar by David Dalglish is coming to bookstores next January (US | UK)! Take a look at the stunning cover below. 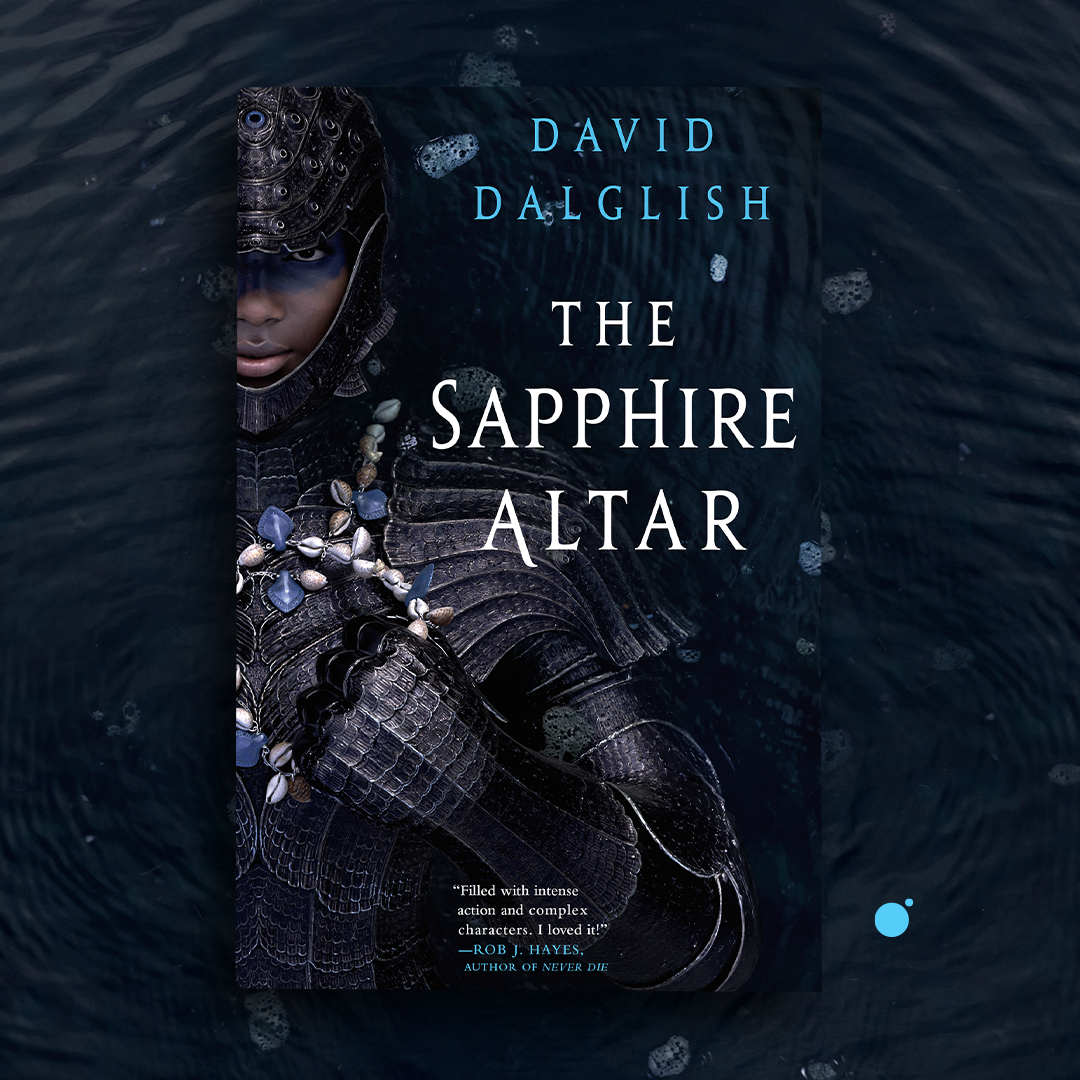 Calling all Witcher fans! We previously announced the release of the complete Witcher series in hardcover this fall, marking the first time that Andrzej Sapkowski’s New York Times bestselling series will be available in hardback! Now, we’re thrilled to share the stunning new covers for Baptism of Fire and The Tower of Swallows, both coming in October.

Preorder Baptism of Fire (US)

Preorder the Tower of Swallows (US)

And in case you missed it, check out the gorgeous covers for Blood of Elves and Time of Contempt, both coming in September!

Finally, keep your eyes peeled for our final reveal post which will feature the covers for The Lady of the Lake and Season of Storms, both coming in November! And UK fans, don’t despair—all of these hardbacks will be available in the UK from Gollancz in 2023.

Ready for your next epic fantasy obsession? Orbit is thrilled to announce the acquisition of The Phoenix King by debut author Aparna Verma! The first in a trilogy blazing with mystic fire, political intrigue, and forbidden romance, The Phoenix King follows an assassin who is more than what he seems and a princess with everything to lose as they contend with a prophecy that could remake the world. Set in a kingdom where ancient sands hold ancient secrets and cities are built by flame and blood, full of characters who struggle to find their power even as the burdens of inheritance and legacy become too much to bear, this series is not to be missed!

Read on for a few words from author Aparna Verma about what inspired this incredible story:

“When writing The Phoenix King, I drew inspiration from the grand Hindu epics—particularly the stories of the goddess Kali Ma. She has often been misconstrued as a vengeful, bloodthirsty deity by Western storytellers and media. But she is so much more than that. Kali Ma does not fit in the simple boxes of good and evil; in fact, she transcends both. Her multidimensionality inspired the female characters in the book, and the reigning goddess in my story.

I also drew inspiration from my lovely home state of Rajasthan. Rajasthan has a long history as a seat of Indian royalty, including the Rajput kings. Said to be made of earth and fire, the Rajputs were fiercely proud and loyal, a quality that’s shared among the nobility of The Phoenix King—for better and for worse.

But most of all, I found inspiration in the Rajasthani desert. I’ve always felt a deep connection to the desert and all of its mysterious secrets. It’s hard not to be awed by, and afraid of, the power of the sands.

Altogether, The Phoenix King is a homage to my Indian roots, but it is also an examination of faith and fate: the invisible forces that have dictated our gods and ourselves.”

We’re so excited to be publishing The Phoenix King! And while you wait for it to hit the shelves, be sure to follow Aparna on Twitter, Instagram, or TikTok for news and updates!

Aparna Verma was born in India and immigrated with her family to the United States when she was two years old. She graduated from Stanford University with Honors in the Arts and a B.A. in English. The Phoenix King is her first novel. When she is not writing, Aparna likes to ride horses, dance to Bollywood music, and find old cafes in which to read myths about forgotten worlds.