A genre-defying tale of magic, revolution and the struggle for freedom – perfect for readers of Jonathan Strange & Mr Norrell

They came the summer she was six. She and her brother were alone in the house when strangers broke in, armed with muskets and knives. Her brother yelled to her to run, but she stumbled on the ground outside, and a pair of hands seized her. They took her brother too. She never knew what happened to her parents.

When she saw the blanched white faces and pale eyes of the men to whom she was to be sold, her attempts at bravery broke, and she burst into tears. Her brother and his friends had told stories about the ghosts that came and took people away. The ghosts lived in a hollow world, they said, that roamed the sea and swallowed people up. The people brought to them were placed under evil magic, so that their minds fell asleep and their bodies belonged to the ghosts.

The man who sold her told her that it wasn’t true. The ghosts were men, white men, and they were from a country over the sea. They didn’t want to feed her to their hollow world—which was called a ship and was used for traveling oceans. They only wanted her to work for them in their own country. It was true about the magic, though. They would feed it to her on the first day. From then on, she would belong to them.

They took the men and older boys into the ship first. Her brother crying out to her as she was torn away from his arms wrenched her heart in two. It was the last time she would hear her name for a very long time.

It was dark in the belly of the ship, and the fetid stench was worse than anything she had ever imagined. She cried and fought not to go down, but one of the men cuffed her hard so she was dizzy, and before her head could recover she was lying in a tiny, filthy space with shackles about her wrists and ankles. The metal was cold, and sticky with someone else’s blood.

When they gave her the food that would spellbind her, she swallowed it. She wanted to. In her village, when the children had talked about the ghosts that took people over the seas, they had said that your mind fell asleep under the spell. They said it was like dying, and she wanted to die.

She waited while the creeping numbness took her fingers and her toes and her heart. She waited until she felt her breathing become harsh and regular and her tears stop. At last she could not move even her eyes. She waited for her thoughts to still in the same way, as she might wait to fall asleep on a hot night; she longed for it, as an escape from the fear and the pain. But it never came. Her body was asleep. Her mind was still awake inside. When she realized this, she screamed and screamed, but her screams never made it farther than her own head.

All the way across the world, she was awake. She couldn’t move unless they told her to, not even a finger, not even to make a sound. She breathed; she blinked; she retched when the motion of the ship became too much. Outside of this and other such involuntary spasms, she was helpless. But she felt everything. She felt the bite of iron at her wrists and the cramping of her muscles as her limbs lay rigid in the small space. She felt the grain of the wooden floor against her skin as the ship rocked, rubbing until her back and legs were raw and bleeding. She smelled the urine and blood and vomit, and she heard the strange, jarring language of the men tromping the decks overhead. Sometimes, right before they were fed and the last dose of the spell was beginning to wear off, she heard the others in the hold begin to groan or sob or speak. All day, she fought to make a sound herself, just enough to call out and see if any of her family were there to answer her. But then the men would come with their food again, and the hold would fall silent. If someone else had died, that was when they took the bodies away. Sometimes they took people away who were still alive, and did things to them. She didn’t know what they did, but they came back more broken, and sometimes they didn’t come back at all.

She didn’t know where her family was, and everything hurt so much. She was a child. She had never hurt like that before.

After they sold her in the marketplace, they branded her. Part of this was to mark her, once and for all, as property. She belonged to a sugar plantation now, in Jamaica. In time, she would learn what that meant.

The other part was to test that the spellbinding really had taken effect entirely. One of the men in line in front of her let out a strangled noise when the iron seared his flesh, and he was taken away. She didn’t know what happened to him.

She was perfectly bound now. The metal touched her skin and scorched it with heat that seemed to go clear through to the bone. In her head, she writhed and screamed. Her body never made a sound.

Her new owners named her Fina. From now on, she was to answer to that name, and that alone. 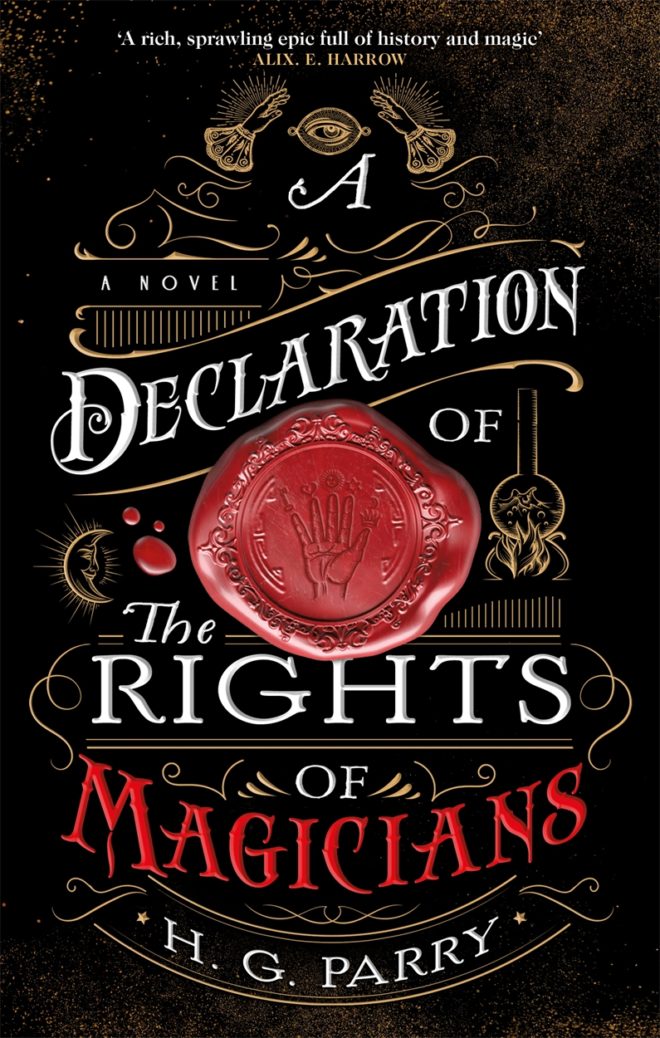 “A joyous adventure through all the tales you’ve ever loved. Funny, charming, clever and heartfelt, you’re absolutely going to adore The Unlikely Escape of Uriah Heep” Tasha Suri, author of Empire of Sand

“If you’ve ever checked the backs of your wardrobe for snow and lamp-light – if you’ve ever longed to visit Pemberley House or 221B Baker Street, to battle the Jabberwock or wander through a fictional London fog – this book belongs to you. It’s a star-studded literary tour and a tangled mystery and a reflection on reading itself; it’s a pure delight” Alix E. Harrow, author of The Ten Thousand Doors of January