“I flew around the world,” said Bea. “All you can do is sit there?”

The waves crashed so that I flinched and checked for my carbine, forgetting that weapons weren’t allowed on leave. Thailand’s jungles were close. Mountains rose almost vertically behind us to leave only a sliver of beach, and while I thought Bea looked beautiful in her bikini, there was too much going on to admire her; palms bent in a strong wind and whispered, warning that the mountains weren’t done yet— that soon they would have me again and hadn’t forgotten what I’d brought to them, were ready to pay me back for introducing an abomination. This was intermission.

“It’s good to see you. I didn’t think they’d let anyone fly into Bangkok since things flared up.”

She shook her head. “What’s going on in this place, Stan? The Thais are at war with Rangoon; so why do they need you? I’m tired of sitting at home and only getting a week or two before you disappear for another six months.” Bea was crying now. I wanted to reach out and hold her hand or pull her in close because a part of me recalled that it was something she liked, the physical contact an instant reassurance, but my hands felt like lumps of lead.

“You know how it is,” I said. “The King asked for help, and I guess the US likes to stick with its friends.”

“Are you kidding? How about sticking by your wife? Can’t you just quit?”

The question made me nauseous and tense at the same time, and the sand breathed warmth under my legs, too warm, as if it had begun to smolder. “I can’t.”

“There’s nothing to fear. I eat this job, it makes me strong, and there’s no angle in leaving because this is where I belong. What else would I do?”

The seconds ticked by until I shrugged. “You don’t look like it.”

“I’ve been pregnant for a month.”

“I know,” she said. “What’s funny is that I can’t remember his name, only that he wasn’t even my type. A scientist, some kind of genetic engineer working at the new production plant outside Winchester.”

Everything went blank. If she knew what happened when my mind went in that direction, Bea would have run because it meant nothing mattered except the mission. But there wasn’t any mission now, and instead, the ways I could kill her flicked though my mind along with rage and sadness—a sadness that grew from failure and irony that she’d hooked up with a scientist from the Winchester plant. Even the jungle blamed Winchester for what happened under its canopy. Feelings shredded my stomach. Sound came from between my lips, a kind of groan that coincided with a swing so that my fist almost connected with her cheek but stopped less than an inch away, and Bea smiled, satisfied that for once she’d been able to penetrate and that all it took was another guy. There wasn’t much time before my hands grabbed her neck; I knew it and she didn’t, so before anything more could happen, I jumped to my feet and began the job of killing every feeling I could. Shutting each one off mentally and stabbing any that threatened to get up and try for me again, but for some reason the sense of failure resisted the effort. Grew.

“I should get back to base.”

Her jaw dropped. “Are you crazy? I just told you I was pregnant and the kid’s not yours, and you have to leave?”

“I know, but it’s cool. I won’t ask for a divorce unless you want to.”

“You don’t know what they’re making in the Winchester plant, Bea; you haven’t seen their creations, so you couldn’t have known any better. But it’s OK. The jungle can’t get you here.”

I headed for the road, leaving my towel behind because it wasn’t critical for where I was going, and anyway, it couldn’t wipe off the sense of failure. So instead, I’d take care of Bea and her kid because she was right: I was never at home, and maybe if I stayed married, it would make up for everything.

But I was past the point of recognizing my name, and she just didn’t get it: there was no Stan. Not anymore. The jungle had taken him and would never let go, not for anything. 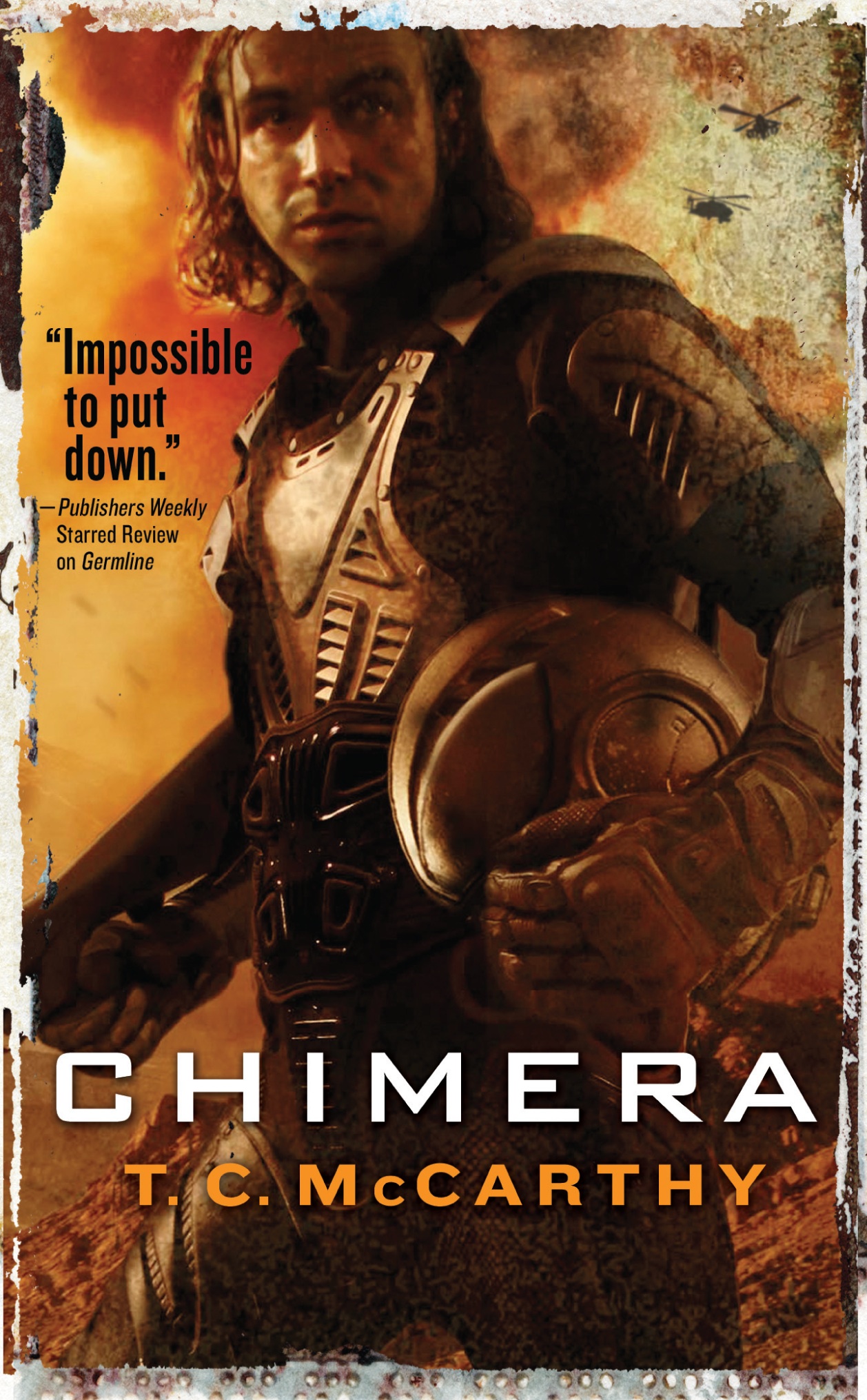