Read the first chapter of Juggernaut, an omnibus of books four, five and six in this fast-paced military SF series, full of action, adventure and intrigue, from the undisputed masters of the genre.

The Tahn battle cruiser arced past the dying sun. The final course was set, and in a few hours the ship would settle on the gray-white surface of Fundy – the major planetary body in the Erebus System.

Erebus would seem to be the last place that any being would want to go. Its sun was so near extinction that it cast only a feeble pale yellow light to its few heavily cratered satellites. The minerals left on those barren bodies would barely have supported a single miner. Erebus was a place to give one dreams of death.

Lady Atago listened impatiently to the radio chatter between her crew and the main port com center on Fundy. The voices on the other end seemed lazy, uncaring, without discipline – a marked contrast to the crisp string of words coming from her own crew. It grated her Tahn sensibilities.

The situation on Fundy had been neglected too long.

Lady Atago was a tall woman, towering over many of her officers. At casual glance some might think that she was exotically beautiful – long, flowing dark hair, wide black eyes, and sensuous lips. Her body was slender, but there was a hint of lushness to it. At the moment it was particularly well set off in her dress uniform: a dark green cloak, red tunic, and green form-fitting trousers.

At second glance all thoughts of beauty would vanish as a chill crept up the spine. This was Tahn royalty. A nod of her head could determine any one of many fates – all of them unpleasant.

As her ship punched into landing orbit, she glanced over at her captain, who was monitoring the actions of the crew.

‘I’ll require one squad,’ she said.

Her head turned away, dismissing the captain. Lady Atago was thinking of those undisciplined fools awaiting her on Fundy.

The big ship settled to the ice about half a kilometer from the port center. The engines cut off, and the ship was instantly enveloped in gray as sleet slanted in from a stiff wind.

Most of the surface of Fundy was ice and black rock. It was an unlikely place for any enterprise, much less the purpose it was being put to by its present occupants.

The Tahn were preparing for war against the Emperor, and the Erebus System was the cornerstone of their plan. In great secrecy, Erebus had been converted into a system-wide warship factory.

So distant and so undesirable was Erebus that there was little likelihood that the Eternal Emperor would discover their full-out effort to arm themselves until it was too late. Thousands of ships were being built, or converted, or refitted.

When Lady Atago’s battle cruiser entered the system, she could partially see those efforts. Small, powerful tugs were towing hundreds of kilometer-long strings of the shells that would be turned into fighting ships and then transported to ground for final refitting. Huge factories had been hastily constructed on each of the planets, and the night skies had an eerie glow from the furnaces.

The Tahn had drafted every available laborer down to the barely skilled. The poor quality of their work force was one of the several reasons the Tahn had chosen to concentrate so much of their manufacturing on planets rather than in space. Deep space required highly trained workers, and that was something that the massive arming had stretched to the near impossible. Also, deep-space factories required an enormous investment, and the Tahn could already hear the coins clicking out of their treasury vaults.

They wanted as many ships as possible, as cheaply as possible. Any malfunctions, no matter how life-threatening, would be the problem of the individual crews.

The Tahn were a warrior race with stamped steel spears.

Lady Atago paused at the foot of the ramp, surrounded by a heavily armed squad of her best troops. This was her personal bodyguard, chosen not only for military skills and absolute loyalty but for size as well. Each member of the squad dwarfed even Lady Atago. The troops shuffled in the sudden, intense cold, but Atago just stood there, not even bothering to pull her thermo cloak about her.

She looked in disgust at the distant port center. Why had they landed her so far away? The incompetent fools. Still, it didn’t surprise her.

Lady Atago began walking determinedly through the snow; the squad followed her, their harness creaking and their boots crunching through the icy surface. Big gravsleds groaned past, hauling parts and supplies. On some of them, men and women clung to the sides, catching tenuous rides back and forth from their shifts at the factories that ringed the port with smoke and towering flames.

The Lady Atago turned her head neither left nor right to observe the strange scene. She just stalked on until they reached the center.

A sentry barked from a guard booth just outside the main door. She ignored him, brushing past as her squad snapped up their weapons to end any further inquiry. Their boot-heels clicked loudly as they marched down the long hallway leading to the admin center.

As they turned a corner, a squat man came half running toward them, hastily arranging his tunic. Lady Atago stopped when she saw that he was wearing the uniform of an admiral. The man’s face was sweating and flushed as he reached them.

‘Lady Atago,’ he blurted. ‘I’m so sorry. I didn’t realize you were arriving so soon, and—’

‘Admiral Dien?’ she said, stopping him in midgobble.

‘I will require your office,’ she said, and she walked on, Dien stumbling after her.

The Lady Atago sat in silence as she scanned the computer records. Two of her squad stood at the door, weapons ready. The others had placed themselves strategically about the overlush offices of the admiral.

When she had first entered the office she had given it one quick glance. A slight curl of a lip showed what she thought of it: very un-Tahn-like.

As she scrolled through records, Dien muttered on in an endless stream of half explanations.

‘And that item! We had to blast new landing strips to handle the freighters. The pressure was enormous, my lady. The sky was black with them. And we had insufficient facil—’

He stopped abruptly as she palmed a switch and the computer screen went blank. She stared at it for a long, long time. Finally, she rose to her feet and turned to face the man.

‘Admiral Dien,’ she intoned. ‘In the name of Lord Fehrle and the Tahn High Council, I relieve you of your command.’

A painter or a physicist would have been in awe at the shade of white the man’s face became. As she started out of the room, one of her squad members came forward.

She half turned back, one perfect eyebrow lifting slightly. ‘Yes?’

She thought for a moment. ‘Honor?’

There was another long wait. Then, finally, she replied. ‘No. I think not.’

The Lady Atago exited, the door closing quietly behind her. 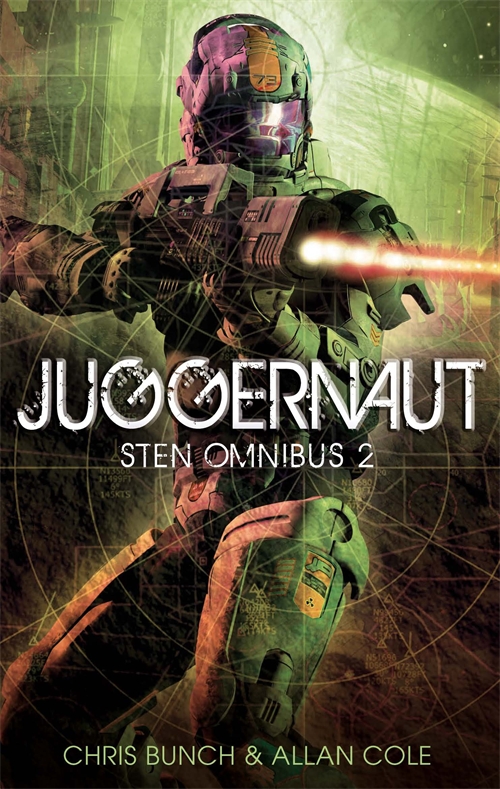