Read on for the beginning of Stray Souls by Kate Griffin, a tale of mystery, revenge and intrigue on the streets of a magical London.

How to Become One with Everything

It was raining when Sharon Li became one with the city.

The rain may have had nothing to do with her moment of profound spiritual revelation but is worth mentioning just in case. The kebab she was eating definitely had nothing to do with it but will prove relevant in the sense that if she hadn’t dropped it onto her trousers, she might have stood in the rain a little longer marvelling at the majesty of the universe, which could have had a  long-term medical impact and thus affected the course of events yet to come. As it was, the sensation of orange goo oozing into the fabric of her jeans would provoke her to take practical action where other minds might simply have dissolved in mystical wonder.

Meanwhile she stood, bits of salad falling from their plastic box, her body temporarily forgotten. The rain rolled down her face, glued her black hair to her pine-coloured skin, deepened her orange top to sodden brown and seeped through the soles of her shoes. On a nearby railway line a goods train clanked by at ten miles an hour, its wheels screaming like golems being beaten to death. Two streets away the night bus threw up a sheet of dirty water from a blocked drain over a drunken group from a stag party wrapped in cling film and not much else. A car alarm wailed as a trainee thief smashed a window and made a grab for the mobile phone left on a seat. A door quietly closed as a husband, heading off for the flight to his conference in Spain, tried not to disturb his wife; she, entirely awake, lay sensing the warmth he had left behind. A fox stopped on its walk through the night and turned its head towards the sky as if wondering which star tonight shone for it behind the bank of sodium cloud. Paint dripped down the metal shutter of an off-licence from an amateur attempt at graffiti. A lorry laden with tomorrow’s milk skipped a red light because it could, and just tonight, just this once, the speed camera forgot to flash.

And for a moment, just one brilliant, burning, unbearable moment, Sharon Li knew everything there was to know about the city, every street and every stone; and her thoughts were in the wheels of the cars splashing through the puddles and her breath was in the gasps of air drawn through the railway tunnels and her heart beat with the turning of the river.

Then, because the human mind is only capable of comprehending so much, she forgot.

One Door Closes, Another Opens

Later, in circumstances that Sharon Li would certainly have frowned upon, the entire balance of reality is about to be pushed off the bungee.

A door closes in the night.

Flicker of shadow across a door.

Her voice is a gabble of forced breath, sandpaper in the throat, glass in the lungs.

A finger of wind commanding silence.

A brush of something soft against rapidly cooling skin, a whisper of sound that has no words, nor has ever felt the need.

Paper stirs across the floor. 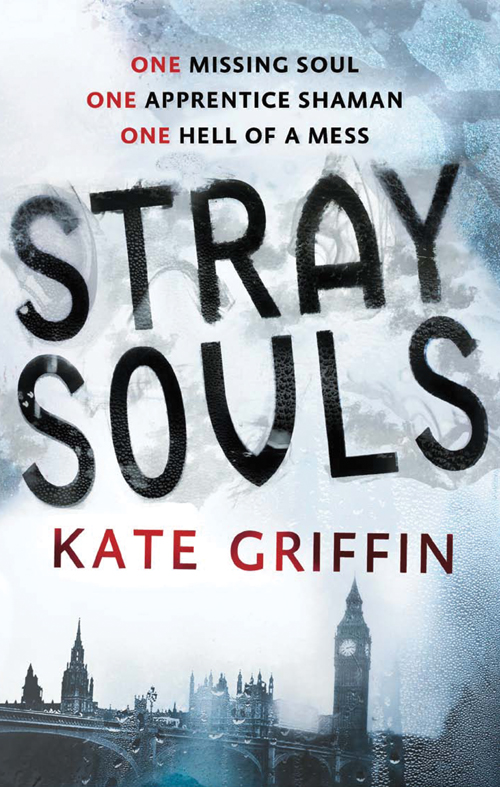 Kate Griffin is the name under which Carnegie Medal-nominated author Catherine Webb writes fantasy novels for adults. An acclaimed author of young adult books under her own name, Catherine’s amazing debut, Mirror Dreams, was written when she was only fourteen years old, and garnered comparisons with Terry Pratchett and Philip Pullman.  She read History at the London School of Economics, and studied at RADA.