The Age of Witches is a magical tale of family, ambition and love, set in a Gilded Age New York and London.

It was a cruel day to leave the world.

The sun shone with all the gaiety and promise of early summer. The new green leaves glistened with it, and the apple and pear blossoms, just past their prime, drifted in the warm air like white butterflies, powdering the orchard floor with their bruised petals.

Bridget paced in her cell, angry and getting angrier. It wasn’t fair. It wasn’t right. Those girls, those accusers, knew nothing of what it was like to grow old, to bear children and see them abandon you, to bury husbands you could not keep alive no matter how many potions you brewed or charms you concocted. Those girls—Abigail, Mercy, Elizabeth, Ann, and Mary—they were still young and fresh. They suffered no drooping of private flesh from having borne babies. No one mocked them for preferring a red bodice over a dull black one, or for enjoying a laugh with a traveler, or for keeping a pet goat to fuss over.

And the traitorous John Hathorne! He had visited her often and often after Thomas died. John liked the cider she made from her apples, and he liked even more the softness of her bed and the fragrance of her dark hair. Then, when her hair had gone gray and her once-sweet flesh had withered, he turned judge. He forgot those hours in the warm, secret darkness, forgot the special charm she’d made for him so his wife wouldn’t know, forgot the words of passion he had whispered in her ear. He turned judge, and he allowed those silly girls, hysterical chits no better than they should be, to accuse her of all manner of evil doings.

She was innocent of the things they accused her of doing. She had not entered Herrick’s bedchamber in spirit form and seduced him, though she knew he wanted her, even now. She had not laid curses upon her neighbors, only scolded them for stealing her apples. She had made a poppet or two, but they had done no real harm. She had never consorted with the devil.

She was, as she had told them, clear of offenses, but they would not hearken. They had taken the word of five girls and many more men, most of whom had tried for her favors at one time or another. They had judged her a witch and sentenced her to a dark death on this bright day.

Even now the cart waited outside her cell to take her to the gallows. She had listened, these two days past, to the sawing and hammering and the jests of the carpenters as they built her instrument of death. She had trembled in the darkness, then buried her terror under waves of fury at the unjustness of her fate.

The church bell clanged from the center of Salem Village. It was time. The clump of men’s boots pounded across the cobblestones, coming toward her. Their voices rang through the sweet summer air, the voices of men taking pleasure in her punishment, of men who cared nothing for her now that she was old and alone. There was no one to speak for her. No one to defend her. She was lost.

John Hathorne appeared in the doorway, his weedy clothes dull and rusty in the summer sun, his hair sticking out like old gray straw from beneath his hat. He was stooped now, as aged as she was, but his voice still rang with thunder. “Bridget Byshop, your time has come!”

Her knees trembled, and she sagged against the wall, overwhelmed in the moment by terror. She pulled at her hair to regain control, to reignite her fury.

Her daughters were her only hope. Mary was a gentle sort of girl, loath to harm even the smallest creature. Christian was different in her inclinations, as angry as Bridget herself. Neither could save their mother now, but they would be her legacy, both of them. Freed of this tired flesh, inspired by her fury, she would watch over her descendants and see that each received inspiration in her turn. She would leave them the maleficia.

She might not be a witch—indeed, she was not sure precisely what a witch was—but she was not nothing. She was only a woman, but she was a woman with abilities. Woe to the ignorant men who thought they could silence her with a noose! They would learn that her power, whatever its source, was stronger than their cruelty. That would be her revenge.

When the door of her cell opened, Bridget Byshop stood tall, straightened her frail shoulders, and walked out to accept her fate. 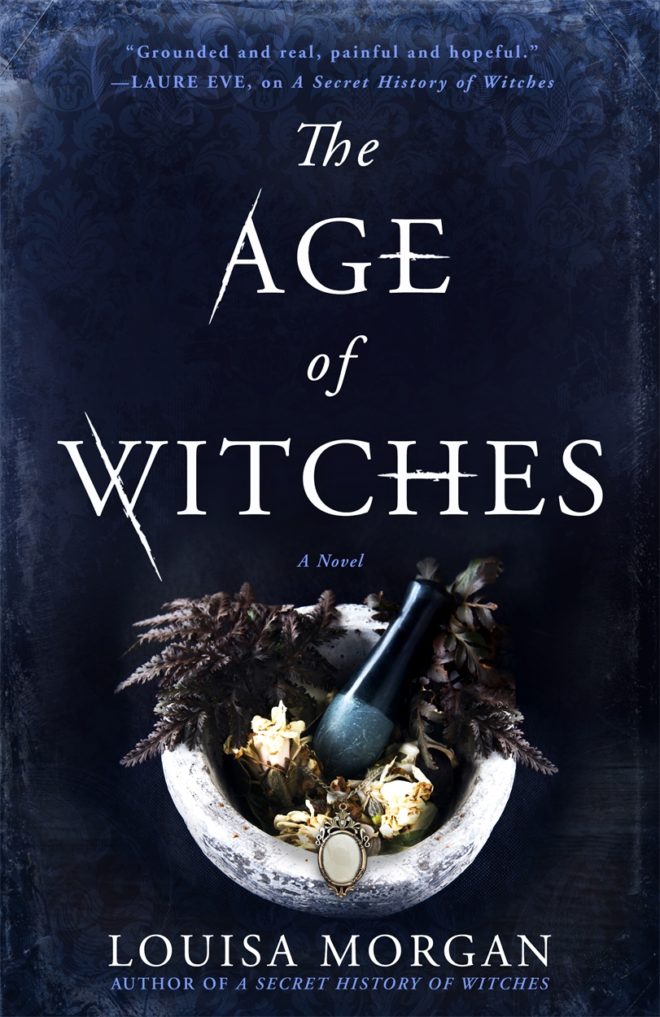 Louisa Morgan is a pseudonym.

“I loved it. A beautiful generational tale, reminiscent of Practical Magic if it had been set in various time periods, but much more expansive in scope. Grounded and real, painful and hopeful at the same time” Laure Eve, on A Secret History of Witches

“I’m still feeling a little bowled over by how much I liked this book . . . Completely engrossing and hard to put down” Bibliosanctum on The Witch’s Kind

“At once sprawling and intimate, A Secret History of Witches deftly captures the greatest magic of all: the love between mothers and daughters” Jordanna Max Brodsky, author of The Wolf in the Whale

“The strength of Morgan’s powerful story is her depiction of this time and place and the everyday struggles of determined women. A great choice for readers who enjoy novels by Alice Hoffman and Barbara Kingsolver” Booklist on The Witch’s Kind