From the author of the million-copy bestselling The Girl With All the Gifts comes The Book of Koli – the start of a breathtakingly original new trilogy set in a mesmerising and deadly future world.

I got a story to tell you. I’ve been meaning to make a start for a long while now, and this is me doing it, but I’m warning you it might be a bumpy road. I never done nothing like this before, so I got no map, as it were, and I can’t figure how much of what happened to me is worth telling. Monono says I’m like a man trying to cut his hair without a mirror. Too long and you might as well not bother. Too short and you’re probably going to be sorry. And either road, you got to find some way to make the two sides match.

The two sides is this: I went away, and then I come home again. But there’s more to the story than that, as you might expect. It was a hard journey, both ways. I was tried and I was tested, lots of times. You could say I failed, though what I brung back with me changed the world for ever. I met the shunned men and their messianic, Senlas, who looked into me with his hundreds of eyes. I crossed the ruins of Birmagen, where the army of the Peacemaker was ranged against me. I found the Sword of Albion, though it was not what I was looking for and it brung me as much harm as good. I fought a bitter fight against them I loved, and broke the walls that sheltered me so they’d never stand again.

All this I done for love, and for what I seen as the best, but that doesn’t mean it was right. And it still leaves out the reason why, which is the heart of it and the needful thing to make you know me.

I am aiming to do that – to make you know me, I mean – but it’s not an easy thing. The heft of a man’s life, or a woman’s life, is more than the heft of a shovelful of earth or a cord of timber. Head and heart and limbs and all, they got their weight. Dreams, even, got their weight. Dreams most of all, maybe. For me, it seems dreams was the hardest to carry, even when they was sweet ones.

Anyway, I mean to tell it, the good and the bad of it all together. The bad more than the good, maybe. Not so you can be my judge, though I know you will. Judging is what them that listen does for them that tell, whether it’s wanted or not. But the truth is I don’t mainly tell it for me. It’s rather for the people who won’t never tell it for themselves. It’s so their names won’t fall out of the world and be forgotten. I owe them better, and so you do. If that sounds strange, listen and I’ll make it good. 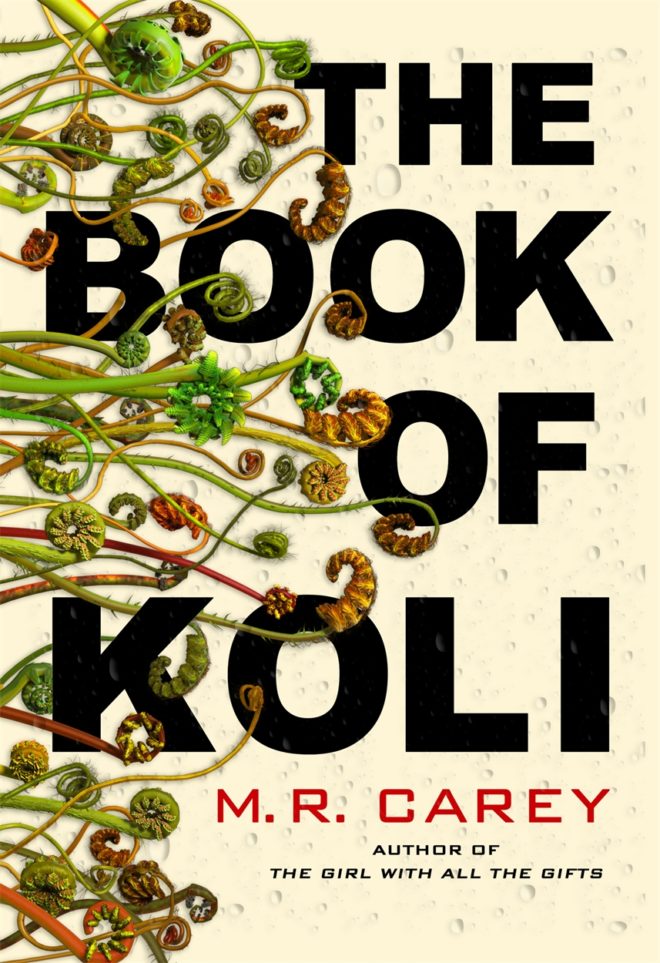 M. R. Carey is a pen name for an established British writer of prose fiction and comic books. He has written for both DC and Marvel, including critically acclaimed runs on X-Men and Fantastic Four, Marvel’s flagship superhero titles. His creator-owned books regularly appear in the New York Times graphic fiction bestseller list. He also has several previous novels and one Hollywood movie screenplay to his credit.

“Haunting, heartbreaking” Vogue on The Girl With All the Gifts

“Original, thrilling and powerful” Guardian on The Girl With All the Gifts

“As fresh as it is terrifying . . . It left me sighing with envious joy” Joss Whedon on The Girl With All the Gifts

“If you only read one novel this year, make sure it’s this one” No. 1 bestselling author Martina Cole on The Girl With All the Gifts