Let us watch together, you and I.

We pull back the mists.

We step onto the board, make our entrance with a flourish; we are here, we have arrived; let the musicians fall silent, let those who know turn their faces away at our approach. We are the umpires of this little event; we sit in judgement, outside the game but part of it still, trapped by the flow of the board, the snap of the card, the fall of the pieces. Did you think you were free of it? Do you think yourself something more in the eyes of the player? Do you fancy that it is not you who are moved, but is moving?

How naïve we have become.

Let’s choose a place and call it Venice. Let us say it is 1610, six years since the Pope last declared this place heretic, barred from the blessings of his divine office. And what was this to the people of the city? Why, it was no more than what it was: a piece of paper stamped with wax. No Bishop of Rome could shake this sinking city. Instead the black rats will come, they will come with fleas and plague, and the city will rue its impiety then.

But we run ahead of ourselves. Time, to those of us who play in the Gameshouse, stretches like kneaded dough; fibres split and tear away but we persist, and the game goes on.

She will be called Thene.

She was born at the close of the sixteenth century to a cloth merchant who made a fortune buying from the Egyptians and selling to the Dutch, and her mother was a Jew who married for love, and her father fed her pork from infancy and made her swear never to reveal this terrible secret to the great men of the city.

– What will I be when I am old? she asked her father. – Can I be both my mother’s daughter, and yours?

To which her father answered, – No, neither. I do not know who you will be, but you will be all yourself, and that will be enough.

Later, after her mother dies, her father remembers himself speaking these words and weeps. His brother, who never approved of the match and dislikes the child as a symbol of it, paces up and down, rasping:

She, the child, eight years old, watches this exchange through the door and swears with her fists clenched and eyes hot that she will never be caught crying again.

And a few years later, Thene, dressed in blue and grey, a silver crucifix about her neck, leather gloves upon her hands, is informed that she shall be married.

Her father sits, silent and ashamed, while her uncle rattles off the details of the match.

Her dowry is greater than her name, and it has purchased Jacamo de Orcelo, of ancient title and new-found poverty.

– He is adequate, potentially a fine husband given your degree, her uncle explains. Thene keeps her fingers spread loose across her lap. The act of keeping them so, of preventing from them locking tight, requires a great deal of concentration, and at fifteen years old, Thene has not cried for seven years, and will not cry now.

– Is this your wish? she asks her father.

He turns his face away, and on the night before her wedding day she sits down with him before the fire, takes his hand in hers and says, – You do not need my forgiveness, for you have done nothing wrong. But as you want it, know that it is yours, and when I am gone I will only remember the best of you; only the very best.

For the first time since her mother died, he cries again, and she does not.

Jacamo de Orcelo was not a fine husband.

For the sake of Thene’s dowry, this thirty-eight-year-old man of the city swore he would endure the snickering of his peers who laughed to see his fifteen- year- old bride, whispering that he had married the merchant’s daughter, and murmuring that beneath her skirts there was only cloth and more cloth, no womanly parts at all for a man to grapple with.

The first night they were alone together, she held his hands, as she had seen her mother do when she was young, and stroked the hair back from behind his ear, but he said this was womanly rot and pushed her down.

His aged mother told her that he loved fresh shrimp cooked over a smoky flame, the spices just so, the sweetness just right, and she learned the secrets of this dish and presented him a platter for his supper, which he ate without thanks, not noticing the efforts she had gone to.

She sang when first she came to this house, but he said her voicegave him a headache. Then one night, when she was walking alone, she sang one of her mother’s songs, and he came downstairs and hit her, screaming, – Jew! Jew! Whore and Jew! and she did not sing again.

Her wealth bought him some redemption from his debts, but money dwindles, and the laughter persisted. Was it this, we wonder, that made their marriage so cold? Or was it the fumbling of the old man in the sheets with his teenage bride, his love of wine, his affection for cards and, as she failed to produce an heir, his growing fondness for whores? Which piece of all of this, shall we say, was it that most defined their home?

We watch their house, proud and tall in the heart of San Polo, hear the servants whisper behind their hands, see the wife withdraw into her duties, witness the husband spend more on less, see the coffers empty, and as the years roll by and Jacamo grows ever more reckless in the destruction of himself, what do we see in her? Why, nothing at all, for it seems that against the buffets of fortune she is stone, her features carved into a mask of perfect white.

Thene, beautiful Thene, grown to a woman now, manages the accounts when her husband is gone, works with the servants and hides in the lining of her skirts those ducats that she can best secure before he finds them and spends them on whatever – or whoever – it is that today has best taken his fancy. And as he grows loud, so she grows quiet, until even the whispers against her character cease, for it seems to the gossipy wives of Venice that there is nothing there – no merchant’s daughter or gambler’s wife, no woman and no Jew, not even Thene herself – but only ice against which they can whisper, and who has any joy in scheming against winter herself?

All this might persist, but then this is Venice, beloved of plague, reviled by popes, the trading heart of Europe, and even here, all things must change. 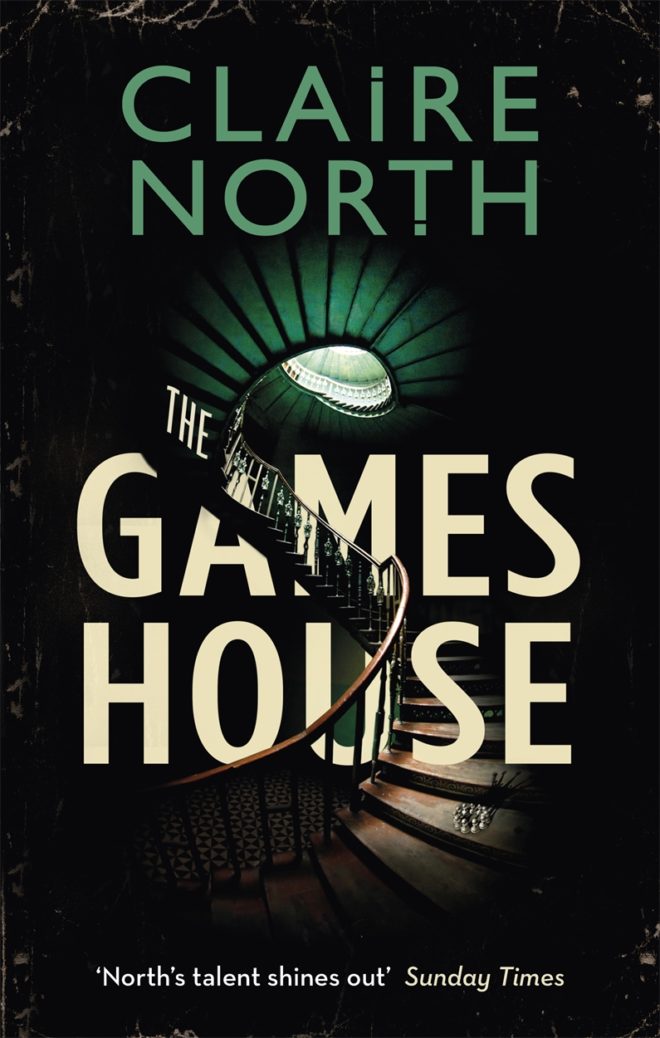 Claire North is a pseudonym for Catherine Webb, a Carnegie Medal-nominated author whose debut novel was written when she was just fourteen years old. She has fast established herself as one of the most powerful and imaginative voices in modern fiction. Her first book published under the Claire North pen name was The First Fifteen Lives of Harry August, which became a word-of-mouth bestseller and was shortlisted for the Arthur C. Clarke Award. The follow-up, Touch, was described by the Independent as ‘little short of a masterpiece’. Her next novel, The Sudden Appearance of Hope, won the 2017 World Fantasy Award for Best Novel, and The End of the Day was shortlisted for the 2017 Sunday Times/PFD Young Writer of the Year Award. Her latest novel, 84K, received widespread critical acclaim and was described by bestselling author Emily St. John Mandel as ‘an eerily plausible dystopian masterpiece’. She lives in London.

“One of the fiction highlights of the decade” Judy Finnigan, Richard and Judy Book Club, on The First Fifteen Lives of Harry August

“Little short of a masterpiece” Independent on Touch