A magical new stand-alone novel with an entrancing fairy tale feel, from the author of the highly acclaimed The Sisters of the Winter Wood

There was a time when everyone knew about Trnava. Once, it was a bustling market town that sat at the crossroads between the kingdom of Poland and the rest of Bohemia. Once, the king of Hungary, Charles the First, visited the town and conducted important negotiations there. But there are stories you don’t know. Stories the residents of the town like to keep secret.

If you listen closely, sometimes you can still hear the old stories whispered. Legends about Trnava and the people who lived there, about the great forests that once surrounded the town. There are tales of red-haired mountain men and women who could work miracles, of a people who could trace their lineage all the way back to the great King Solomon himself. Tales of a people who kept to themselves, who lived in a tiny quarter of the city of Trnava where they built their own house of worship. They say that on the ceiling of their synagogue there were a thousand tiny stars.

There are stories told that the congregants who worshiped in the synagogue could work miracles; that the oldest among them could fly cloud dragons in the sky. It is said that when the Black Mist spread over the kingdom of Hungary, these people were the only ones who fought and didn’t flee.

But the real story is much more complicated than that. It is the story of a people who forever lived at the edge of others’ kindness and yet still found a way to thrive. It is the story of a family that survived, and of three girls who, when faced with unimaginable tragedy and impossible odds, did what they had to do even though it wasn’t what was expected of them.

Some say they were just an ordinary family who lived in an extraordinary time.

But I know the truth.

This is the story of the Black Mist which swept through the Carpathian Mountains on the wings of a black dragon. Some say they can still feel it when they touch the trees, in the rich black sap that runs down to the roots to the rot that’s buried under the ground. Despite the beauty of the trees and the crystal-clear waters of the lakes and the incessant babble of the rivers and streams, the mist still carries its echo. The animals feel it in their bones.

It could return at any moment.

Once, Trnava was a village like any other village. It was made up of brick houses, a town square, large wooden churches, a small synagogue, a fortified wall that surrounded the town, and a river, named the Trnávka for all the thorny bushes that lined its banks. Once, there were three different forests around the town of Trnava: the Šenkvický wood, the Král’ovský wood, and the ancient Satu Mare which once stretched all the way through the Kingdom of Hungary until it reached the S,inca Veche forest, right on the border of Wallachia. Strange things happened in these forests, things that nobody liked to talk about, but everyone did. There was a saying that was popular in the region once, and some still whisper it, even today. “Do not speak of the forest, for it will remember your name.”

But that is another story, for a different day. 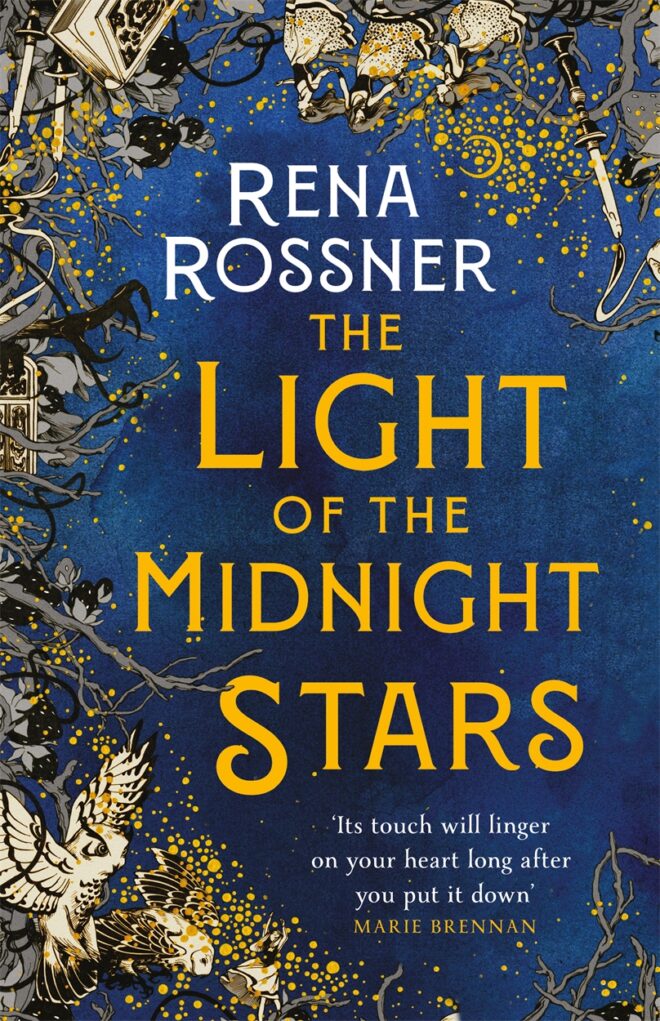 Rena Rossner lives in Israel, where she works as a literary agent. She is the graduate of the Johns Hopkins University’s Writing Seminars program and McGill University, where she studied history. All eight of her great-grandparents immigrated to America to escape the pogroms from towns like Dubossary, Kupel, Riga, and Bender. It is their story, together with her love of Jewish mythology and fantasy, that inspired her to write The Sisters of the Winter Wood.

“With luscious and hypnotic prose, Rena Rossner tells a gripping, powerful story of family, sisterhood . . . I gulped it down!” Madeline Miller, bestselling author of Circe, on The Sisters of the Winter Wood

“An incredible achievement – a rich literary fairy-tale. The kind of book that Neil Gaiman and Naomi Novik might have cooked up together” Robert Dinsdale, author of The Toymakers, on The Sisters of the Winter Wood

“A stunning tapestry of a story unlike anything I’ve ever read. Laya and Liba are going to stick with me for a long, long time” Sara Holland, author of Everless, on The Sisters of the Winter Wood