From the award-winning and bestselling author of The First Fifteen Lives of Harry August and 84K comes a powerful new novel that examines how the choices we make can haunt us for ever . . .

The truth-speaker was tall as a stretcher, thin as a rifle. He wore a black coat that stopped just above his knees, a tie the colour of drying blood, a black felt Derby hat and a pair of horn-rimmed spectacles on a string. He carried a brown doctor’s bag in one hand, and a military- issue shoulder sack. Behind him the sky popped with cannon, the sound rolling in half a minute later like the wash of the sea. His curse can’t have been too near then, because he looked me in the eye and lied.

I never asked to check his papers. Matron was so relieved, she babbled.

Sister Beatrice had to move from her room. A doctor needed better quarters than a nurse. She, being senior to me and Helene, immediately claimed ours. The window was small and let in the winter air, but it was in a good position on the south side of the building and there had been no rats seen for nearly three months.

Me and Helene was pushed into a tiny, lime-washed, spider-scuttling den in the eastern corner of the house. We dragged my bed on its side through the corridors, shuffling in socks, trying to keep the scraping of metal on wood from waking the patients below. In whispers we grumbled about this new intruder on our routines, and Helene wrote a letter to her Ma saying it were all terrible and she wanted to come home, but she never sent it, and I put my head down on my pillow with resentment in my heart, and slept badly, and woke for a moment frightened, and was surprised I could still be scared.

When I went down for the afternoon shift, I found Dr Abbey about his rounds, drifting from bed to bed with the same expression on his face for every patient, whether they were hopeful of recovery or waiting for death. He did not smile, did not frown, but with every man he stopped, looked into their eyes as if he were staring down the barrel of a gun, asked a few questions, nodded at a couple of replies, then moved on without a word.

In this way – cold, almost bored – he was just another typical bloody doctor. On the battlefield the surgeons only saw flesh, never the men they cut open. We were all getting good at not seeing eyes. It were the sisters who carried the bodies to the carts, stripped the beds, put the unfinished letters to family in a bag, trimmed off the corners that were stained with blood. We picked up the limbs the surgeons cut and put them in a box: an arm without a hand; a leg hanging together by a stitch of muscle at the knee. We cleaned brain off the knife and picked out bone from between the teeth of the saw, held the boys down when the ether ran low.

When I first came to the battlefield, I would listen to the cannon and think I heard the end of the world.

There was one other doctor at the house. Dr Nicolson had been sent to us at the Jardin du Pansée, six miles back from the line, after being caught inhaling ether. Matron kept the cupboards locked tight when Dr Nicolson did his rounds. The arrival of Dr Abbey at last let Nicolson indulge in his love of Indian gin, shipped to him by his mother every six weeks via a small Portuguese man who he called “cousin” and who had not a word of English. When the gin came late, he would stand vigil by the garden gate; if it came early, he might share the smallest of drams, and then look immediately regretful as we drank it down, and hide the bottles after.

If Abbey cared, it didn’t show. He arrived in shadow, and in shadow he stayed, and in silence we performed our duties, numb to neither cannon or the cries of men to pull us from our thoughts. 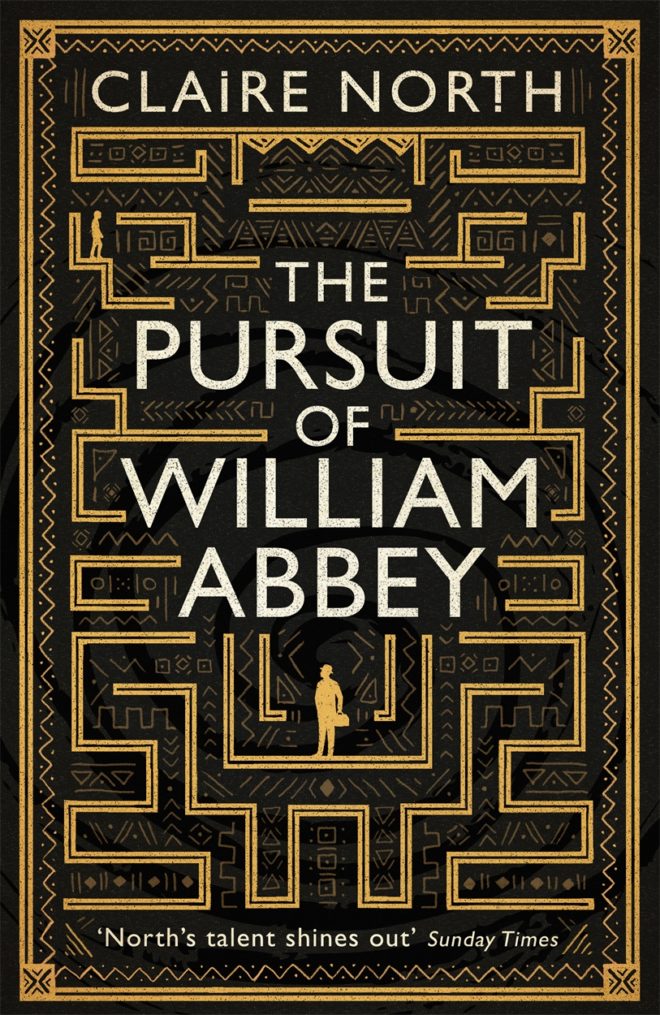 Claire North is a pseudonym for Catherine Webb, a Carnegie Medal-nominated author whose debut novel was written when she was just fourteen years old. She has fast established herself as one of the most powerful and imaginative voices in modern fiction. Her first book published under the Claire North pen name was The First Fifteen Lives of Harry August, which became a word-of-mouth bestseller and was shortlisted for the Arthur C. Clarke Award. The follow-up, Touch, was described by the Independent as ‘little short of a masterpiece’. Her next novel, The Sudden Appearance of Hope, won the 2017 World Fantasy Award for Best Novel, and The End of the Day was shortlisted for the 2017 Sunday Times/PFD Young Writer of the Year Award. Her latest novel, 84K, received widespread critical acclaim and was described by bestselling author Emily St. John Mandel as ‘an eerily plausible dystopian masterpiece’. She lives in London.

“Mesmeric, terrifying and wonderful. North is practically her own genre at this point” M. R. Carey, author of The Girl With All the Gifts

“Claire North is a true original, a master of ingenious plotting and feats of imagination” Alex Marwood, author of The Wicked Girls

“North is an original and even dazzling writer” Kirkus