We couldn’t be more excited to reveal the cover for AGE OF ASH, the start to a new epic fantasy series from New York Times bestselling and critically acclaimed author Daniel Abraham, co-author of The Expanse. George R. R. Martin described Daniel’s previous series, The Dagger and the Coin, as “everything I look for in a fantasy.” Brandon Sanderson said the second book in Daniel’s The Long Price Quartet series, A Betrayal in Winter, was “exactly the kind of book I love.”

So you can understand why we’re thrilled to launch Daniel’s monumental new trilogy. Each book in the trilogy unfolds within the walls of a single great city, over the course of one tumultuous year, where every story matters, and the fate of the city is woven from them all. AGE OF ASH is coming to shelves near you in February 2022. 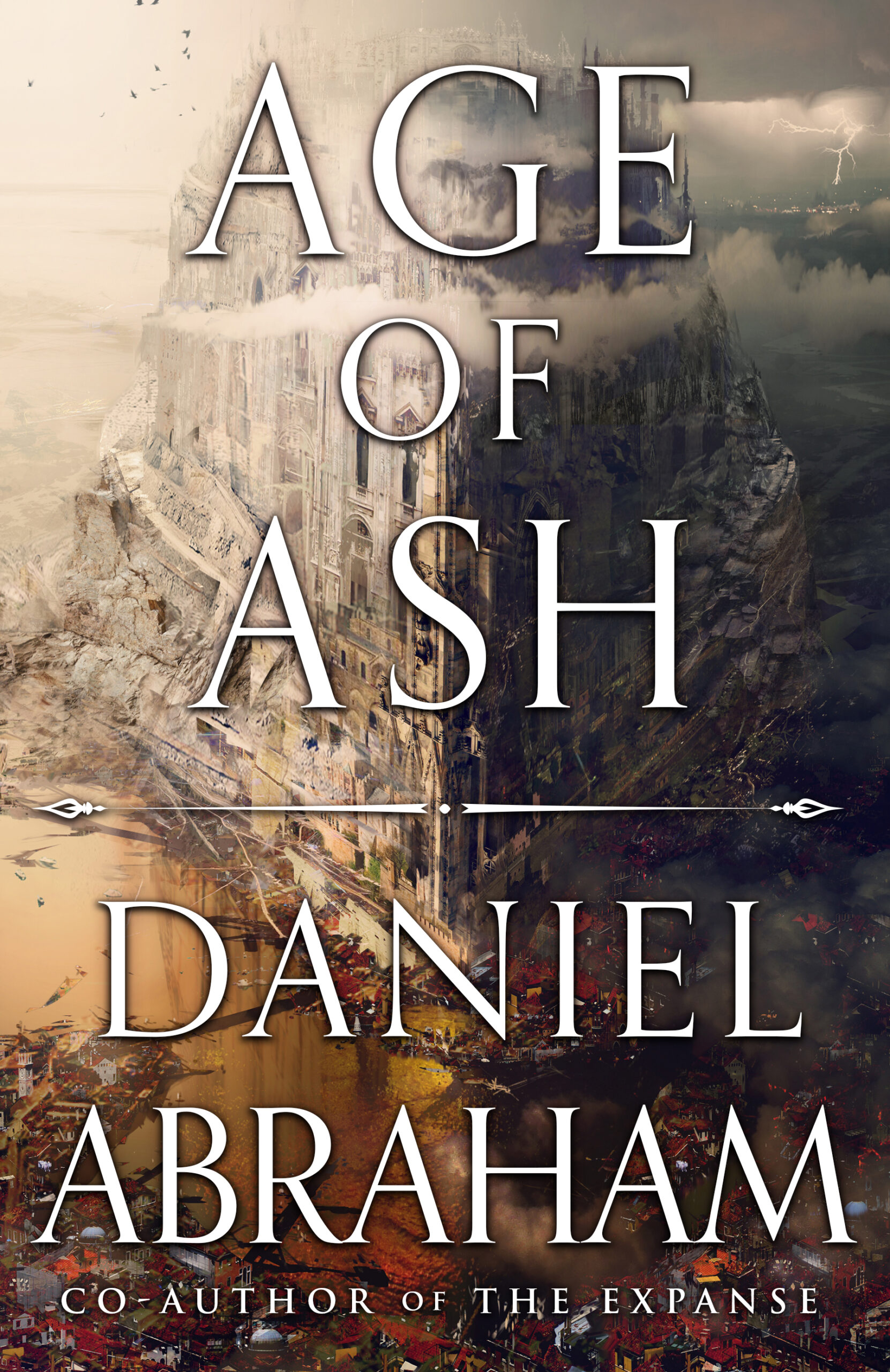 Kithamar is a center of trade and wealth, an ancient city with a long, bloody history where countless thousands live and their stories unfold.

Alys is simply a petty thief from the slums of Longhill, but when her brother is murdered, she sets out to discover who killed him and why. But the more she discovers about him, the more she learns about herself, and the truths she finds are more dangerous than knives.

Swept up in an intrigue as deep as the roots of Kithamar, where the secrets of the lowest born can sometimes topple thrones, the story Alys chooses will have the power to change everything.