ICYMI: check out the loud, neon-drenched cover for August Kitko and the Mechas from Space by Alex White, as launched by Starburst Magazine! When an army of giant robot AIs threatens to devastate Earth, a virtuoso pianist becomes humanity’s last hope in this bold, lightning-paced, technicolor new space opera series from the author of A Big Ship at the Edge of the Universe. Coming this July! Learn more and pre-order your copy now: US | UK 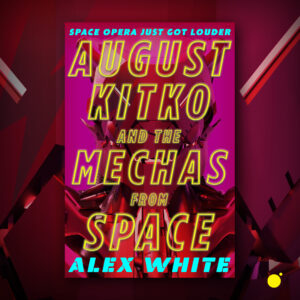 Orbit US and Orbit UK are thrilled to have acquired a brand new space opera trilogy from Alex White. Alex’s first series The Salvagers, took us on a lightning-paced journey to the edge of the universe and back on the hunt for buried treasure, lost spaceships, and deadly artifacts. But, their newest trilogy promises to be even bigger! How big? Giant battling robots big!

In this new wide-screen space opera, humanity has met its match. An alien race of enormous robotic AI have destroyed most of humanity’s outposts. But, on the eve of the Earth’s destruction, a musician makes one last desperate attempt to reach out and convinces one of humanity’s enemies to switch sides. Now, earth just might have a chance to survive…

The first book in the trilogy will be publishing in 2021, but if you just can’t wait until then, make sure to check out The Salvagers series! You can also say “hi” to the author on twitter @alexrwhite. 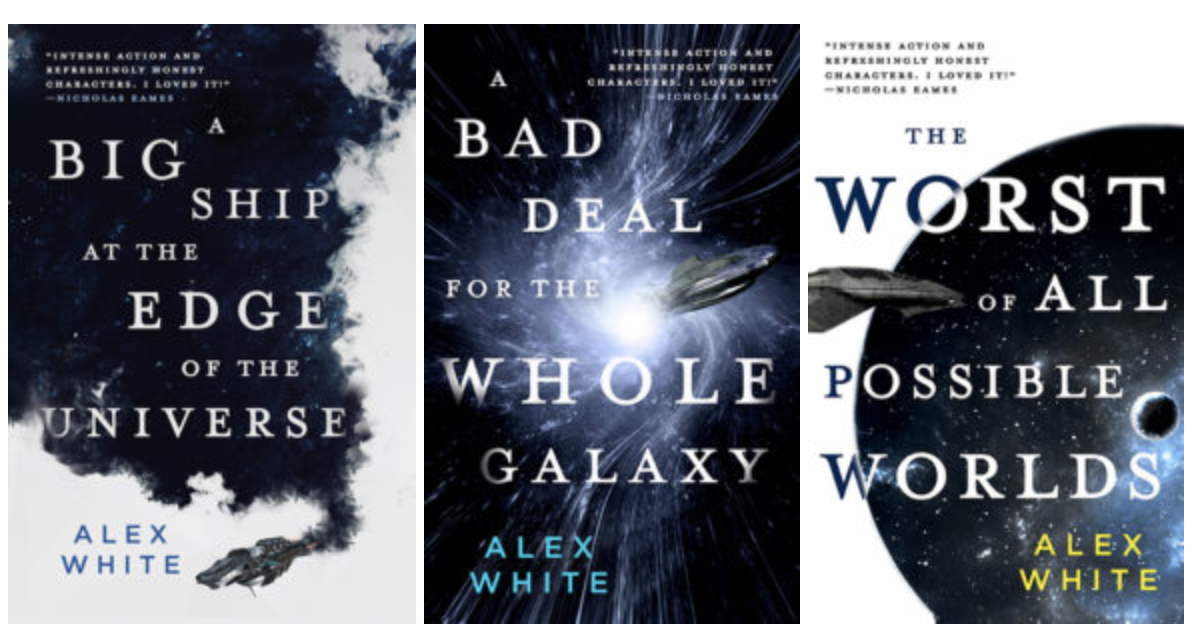 Purchase the series today. (US | UK)

Alex White’s first book in The Salvagers series A BIG SHIP AT THE EDGE OF THE UNIVERSE is already getting a lot of attention:

“White combines magic and space opera to create a fast-paced adventure with charismatic characters and formidable enemies in a realized universe of greed and power.” -ALA Booklist Starred Review

“Racing! Treasure and smuggling! A Big Ship at the Edge of the Universe is a gripping quest for justice among salvage and magic–I really loved it.”—Mur Lafferty

“A Big Ship at the Edge of the Universe is perfectly paced, full of intense, inventive action and refreshingly honest characters. It’s the seamless hybrid of fantasy and sci-fi that you didn’t know you always needed.”—Nicholas Eames

And we’re just getting so carried away with the excitement that we thought we’d release the covers for books two and three early! Check them out below and be sure to pre-order A BIG SHIP AT THE EDGE OF THE UNIVERSE which will be publishing in the US on June 26th. 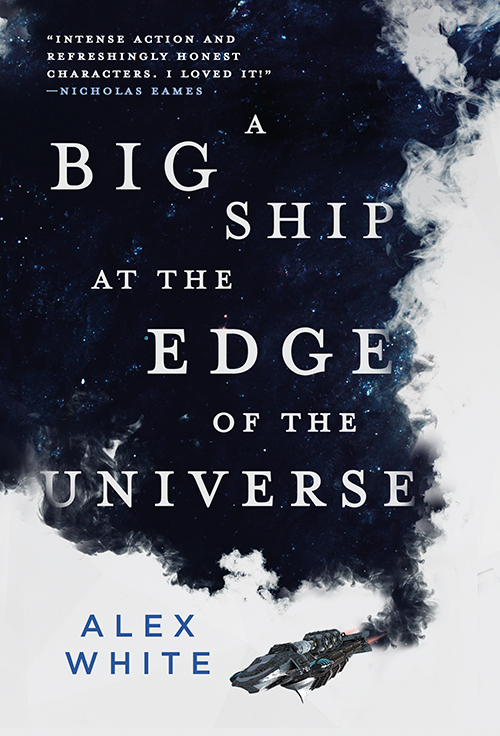 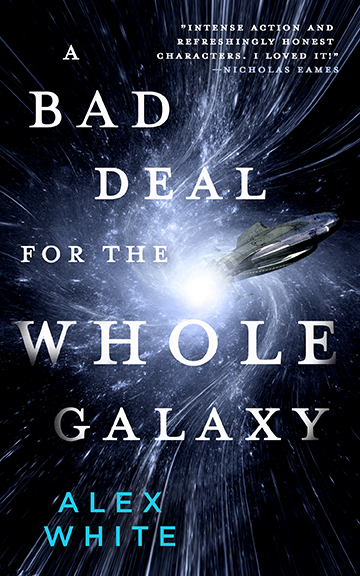 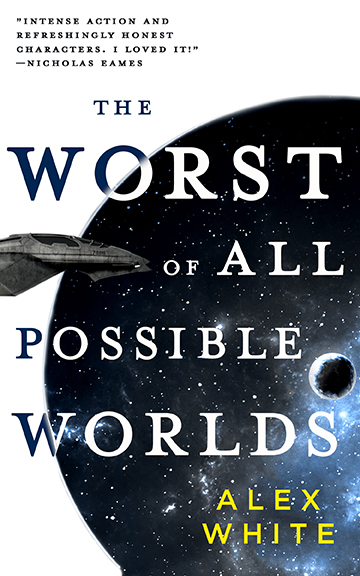 Alex White’s brilliant new book A BIG SHIP AT THE EDGE OF THE UNIVERSE has an equally brilliant cover to match. This explosive space opera tells the tale of two women, fighting for their lives and for a treasure so great it could change the universe. Look out for the book on May 15, 2018 and say hello to Alex at his website or on twitter @alexrwhite. 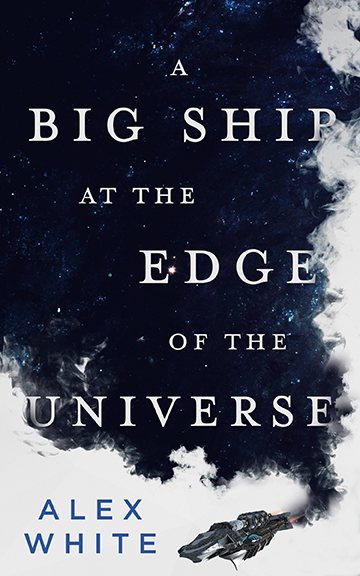 Nilah Brio is the top driver in the Pan Galactic Racing Federation and the darling of the racing world–until she witnesses the murder of a fellow racer. Framed for the murder and on the hunt to clear her name, Nilah only has one lead: the killer also hunts a woman named Boots.