This October, an invasion is coming.

From the east will come the Bone Giants. And from the south, the fire-wielding Hathrim . . . 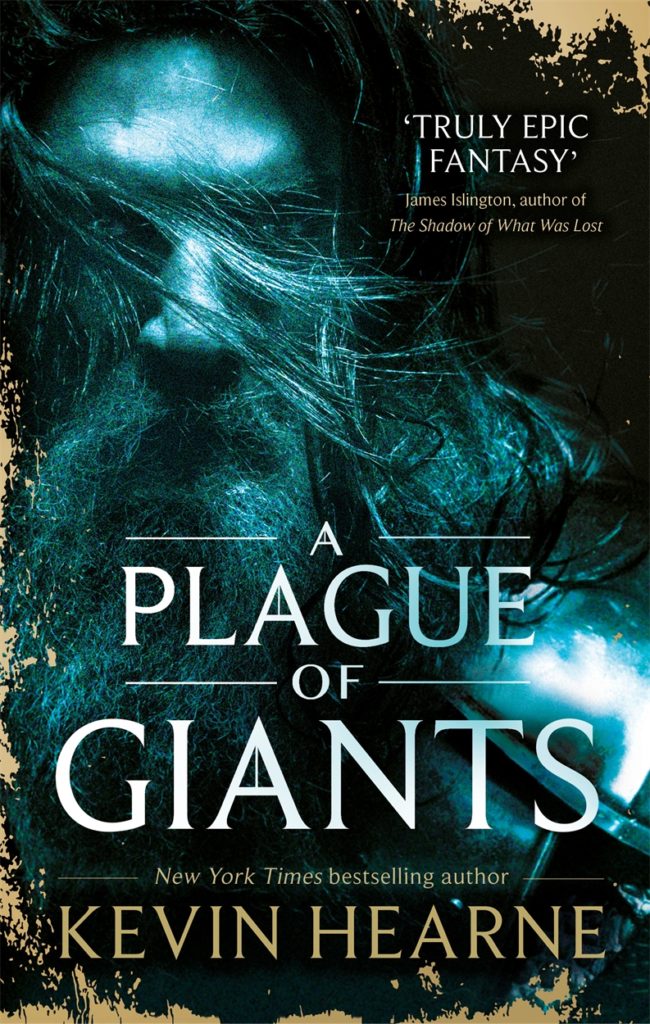 Check out our UK cover for A PLAGUE OF GIANTS (UK| ANZ), a colossal new epic fantasy from the New York Times bestselling Kevin Hearne.

Kevin is an exceptional storyteller. If you’ve read his bestselling Iron Druid Chronicles, you’ll already know what an original, absorbing and exciting writer he is.

But this entirely new world called the Seven Kennings feels so fresh and is on such an epic scale, fans old and new are about to be wowed.

But don’t just take my word for it – listen to these guys:

‘Absorbing epic fantasy, with clever storytelling that allows its many threads to each feel important, personal, and memorable’ James Islington, author of The Shadow of What Was Lost

‘Human-facing, optimistic, a much-needed reimagining of what epic fantasy can be’ Chuck Wendig

A PLAGUE OF GIANTS (UK| ANZ) is available for pre-order now.

To celebrate the release, we wanted to ask Kevin what it was like writing the new book, what fans can expect from it, and what he and Oberon the adorable Irish Wolfhound are up to in general.

But then we thought – WAIT!! – there are thousands of fans out there who might love to ask Kevin (or Oberon) something themselves.

So we’re giving fans in the UK, Ireland, Australia and New Zealand the chance to submit your own interview questions to one of the loveliest authors on the planet (FACT). You can do so by filling in the form below before next Friday. Then Kevin (or Oberon!!) will answer the best ones right here on the Orbit site in a week or two.

We’ll also randomly select one winner from all those who send us questions. This winner will receive five free copies of their favourite Iron Druid Chronicles book. These will be perfect to gift to your friends, neighbours and local occult practitioners, helping to spread the love of Atticus O’Sullivan even further . . .

Fill out the form below with your question:

Don’t forget to read our terms and conditions before entering.