If you were to ask me to list my five favorite novels of all time, I’d probably give a slightly different answer every year. I’m always discovering something new and glorious that blows my mind and leaves me in a giddy state of wonder. But one book that will never leave that list is Ender’s Game. In fact, it’s currently perched there at the number one spot, and I doubt anything will ever unseat it.

That was my experience, anyway. Ender and Valentine and Bean and Dink. It’s like I knew these kids and felt a connection to them. Our hearts were knit together, as the saying goes.

So when Orson Scott Card invited me to join him in writing prequel novels to Ender’s Game, I was a little gun shy. I worried that fans would be expecting another Ender’s Game and that if our novels didn’t transform them and wow them as much as the original, they’d crinkle their noses and hate me for life.

Remember when George Lucas announced that he was going to make The Phantom Menace? I went fanboy bonkers. Another Star Wars movie? Glory hallelujah! I couldn’t believe it. I’m going to sit in a theater again and have an experience just like I had watching the originals.

And then the movie came out and it was, um, less than what I had hoped.

Is this the curse of all prequels, I wondered.

Scott Card put my mind at ease reminding me that we weren’t writing Ender’s Game. That isn’t the goal. This is something different.

So I dived in, and learned quite a bit along the way . . . END_OF_DOCUMENT_TOKEN_TO_BE_REPLACED

Today we release EARTH AWAKENS (UK | ANZ) the third novel in the stunning First Formic Wars series. Co-written by Orson Scott Card and Aaron Johnston, it tells what happened in the run up to the events in the bestselling classic novel ENDER’S GAME.

I love this series – it’s just so readable. And not just for all those people who are already big fans of the Ender books. It also works as a fast-paced science fiction adventure in itself. The story just whizzes by and the action doesn’t let up at any point. It’s fascinating to see how humanity’s strategies develop in our first hostile encounter with an alien race.

This latest book has already been receiving some very high praise, with Publishers Weekly claiming:

Check out the copy below, and look out for EARTH AWAKENS in stores now.

TIME IS RUNNING OUT FOR HUMANITY

It is one hundred years before the events of Ender’s Game. Tens of millions are dead in China as the invading Formics scour the landscape and gas cities with a lethal alien chemical. Young Mazer Rackham and the Mobile Operations Police scramble to find a counteragent, while asteroid miner Victor Delgado infiltrates the alien ship in near-Earth orbit.

Victor needs to find a way to seize the ship and end the war, but he’ll need a small strike force of highly skilled soldiers to pull it off. In this last-ditch effort to save what’s left of humanity, Mazer Rackham and his team may be just the men for the job . . . But of course this is a collaboration. And since Orson Scott Card rarely collaborates with other authors, fans naturally have a lot of questions. What follows are my answers to the questions I most often hear. END_OF_DOCUMENT_TOKEN_TO_BE_REPLACED 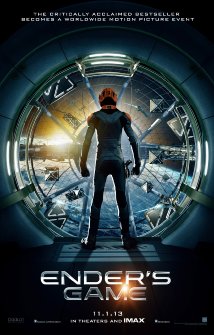 One of the coolest things in Orson Scott Card’s novel ENDER’S GAME – and likely one of the most difficult things to film – are the combat scenes that take place in the zero gravity battle room. So just how did they go about filming them for the Ender’s Game movie?

There’s a great exclusive interview here on i09 from Asa Butterfield (star of Hugo and The Boy In the Striped Pajamas), who plays Ender Wiggin himself.

It’s a very cool insight into the challenges of filming a scifi movie, e.g.:

“When you’re in the harnesses to stop yourself from falling at the waist, which is where they’re connected, you have to be tensed up. So keeping actions smooth whilst having your whole body completely tensed is surprisingly difficult. Meanwhile you’re saying your lines . . .”

You don’t get those issues filming a rom-com!

if you’re keen to find out more back story to ENDER’S GAME, and the conflict that spawned the battle school, we’ll soon be publishing two explosive Orson Scott Card books telling of mankind’s first contact with the alien race – EARTH UNAWARE (UK | ANZ) and EARTH AFIRE (UK | ANZ), books 1 and 2 in The First Formic Wars. 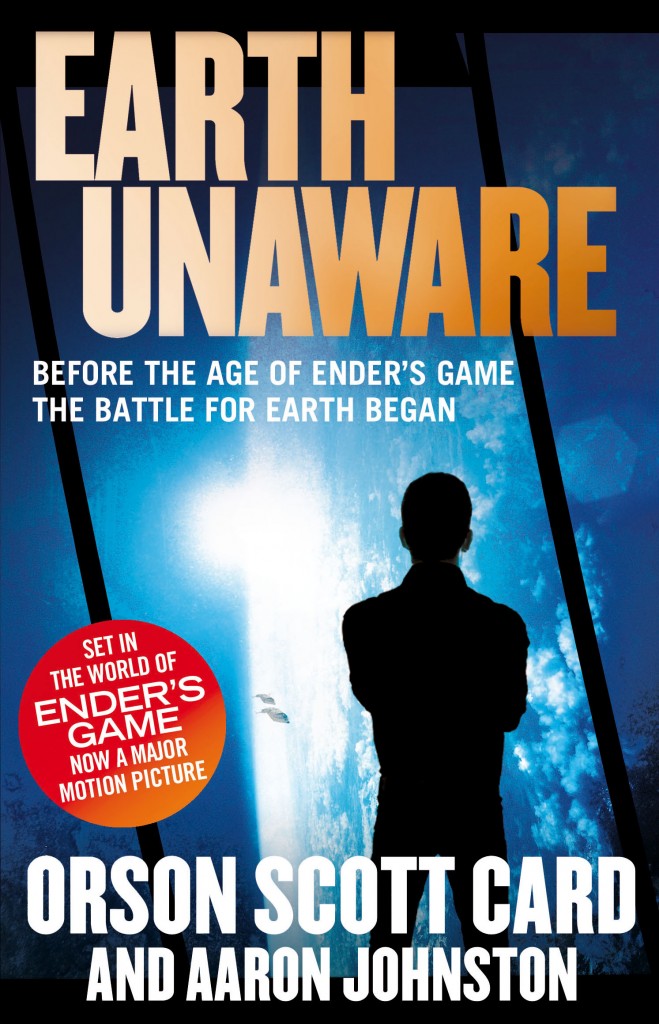 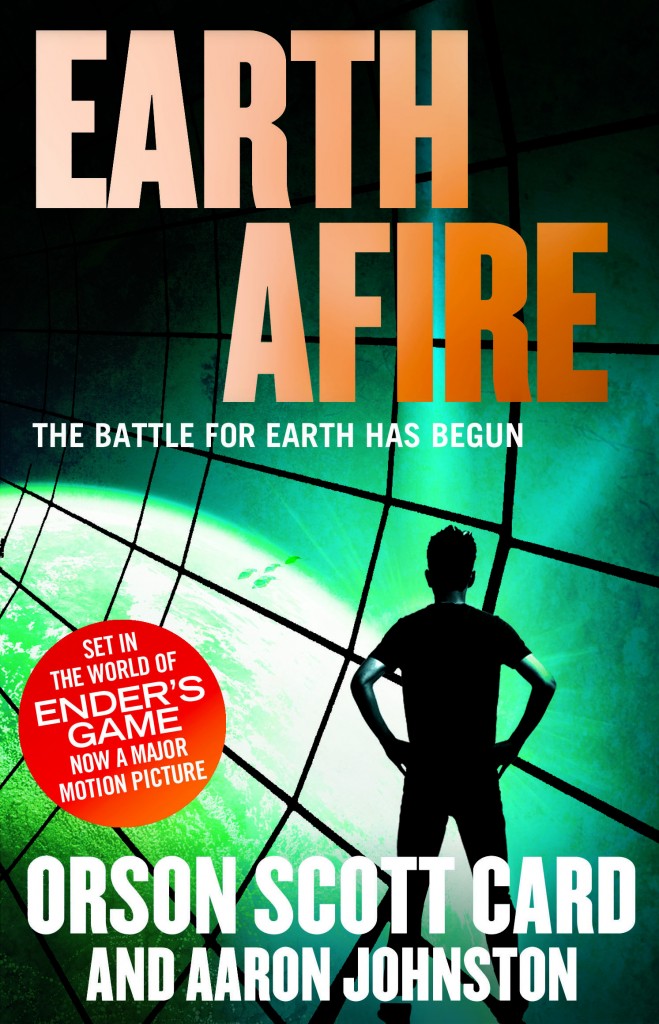 The series is co-written by Orson Scott Card, the author of ENDER’S GAME, and Aaron Johnston – a New York Times bestselling author, Marvel comic writer, and associate producer on the upcoming ENDER’S GAME movie. Look below for the blurb for EARTH UNAWARE and check out both books on 4th June 2013. END_OF_DOCUMENT_TOKEN_TO_BE_REPLACED