We’re delighted to launch the cover for MARKED, designed by Ceara Elliot and Emily Courdelle! This is the ninth book in Benedict Jacka’s magic-filled Alex Verus series, publishing in July next year.

MARKED sees probability mage Alex Verus tracking down dangerous magical items unleashed into the world by dark mages. When the Light Council decide they need his help in negotiating with the perpetrators, Alex must use all his cunning and magic to strike a deal… MARKED continues the bold, colourful new look for the series that we established with BURNED and BOUND. Now – at Alex’s request (and who are we to deny a probability mage’s predictions?) – we’ve given the first six books brand new designs to match. If you think these new covers are vivid and irresistibly eye-catching, well . . . Alex Verus knew you would!

These fabulous new designs – also courtesy of Ceara Elliot and Emily Courdelle – will be appearing in bookstores throughout 2018. END_OF_DOCUMENT_TOKEN_TO_BE_REPLACED

Everyone’s favourite probability mage, Alex Verus, returns in April with the publication of BOUND – the eighth book in this thrilling urban fantasy series.

We’re excited to present the cover for your viewing pleasure, beautifully designed by Ceara Elliot. 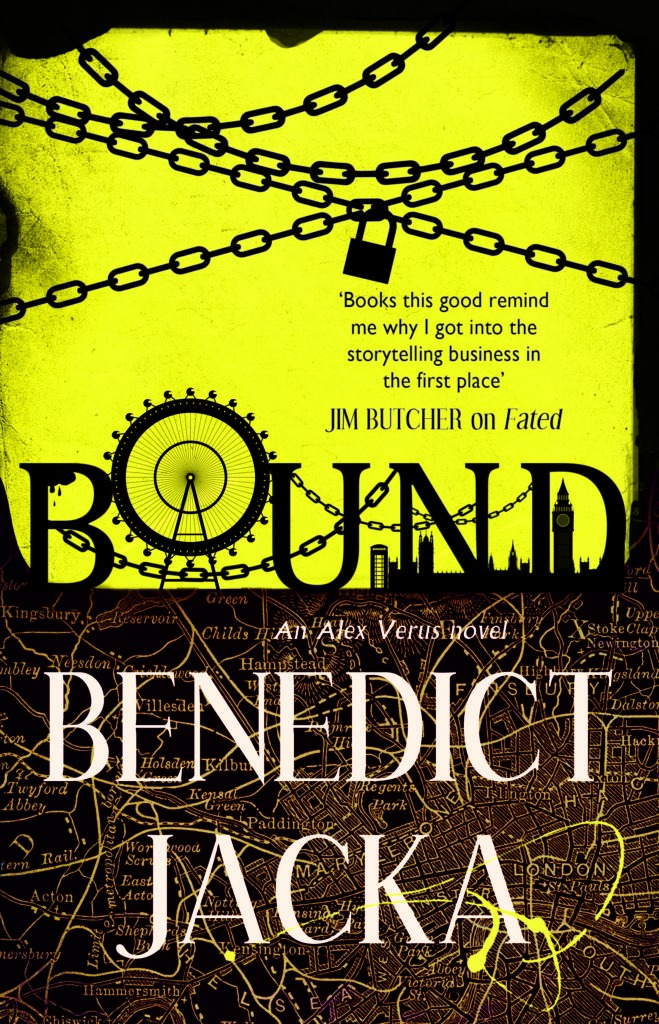 Alex Verus can see the future. But he never thought he’d see this day.

Manoeuvred by forces beyond his control, the probability mage has made a terrible choice: he’s agreed to work for his old master once more. Richard Drakh, the sadistic dark mage Alex escaped as an apprentice, has him in his clutches again. And this time, he won’t let go so easily. 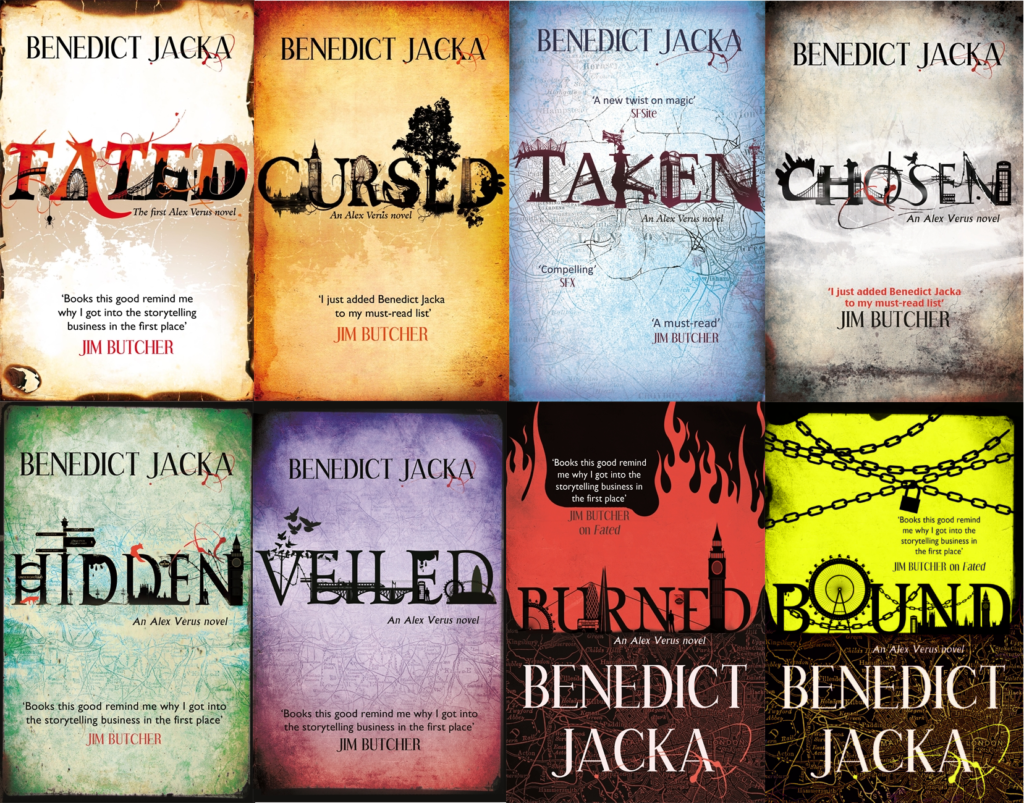 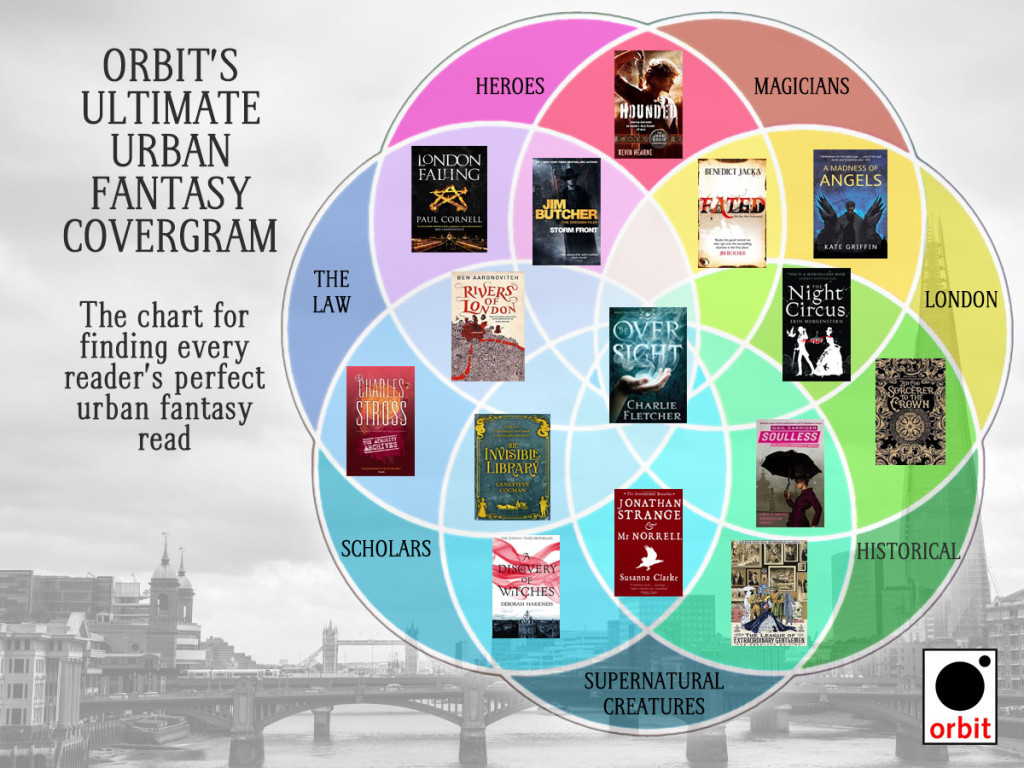 Everybody’s favourite probability mage arrives on audiobook today! The complete Alex Verus series is now available to buy in audio. This London-based urban fantasy series by Benedict Jacka has a growing legion of fans including Jim Butcher, Patricia Briggs and Charles Stross. The sixth book in the series, VEILED, will be out in August.

Listen to a sample here: Alex has successfully fought Dark mages, assassins, golems, angry apprentices and even the odd Light mage or two, but what happens when someone close to Alex doesn’t want his help?

We also release the first volume of this fantastic series, FATED, in audiobook today. Go to Soundcloud now to listen to a sample of FATED read by the fabulous Gilbert Jackson who does an amazing job with Alex’s voice:

With five Alex Verus novels now to enjoy and big name fans such as Charles Stross, Patricia Briggs and Jim Butcher, this is an urban fantasy series well worth sinking your teeth into. Try it in paperback or audio today!

‘Harry Dresden would like Alex Verus tremendously – and be a little nervous around him.  I just added Benedict Jacka to my must-read list’

‘Jacka writes a deft thrill-ride of an Urban Fantasy – a stay-up-all-night read.  Alex Verus is a very smart man surviving in a very dangerous world’ In 2009 I decided to pull out the setting yet again to give it another shot, with an adult main character this time.  I was getting dissatisfied with the elemental mages as protagonists, though, and at some point I had the idea of using a protagonist whose abilities were information-based instead of brute force.  The rest of the story snowballed from there! END_OF_DOCUMENT_TOKEN_TO_BE_REPLACED FK: I actually tried not to be too graphic there, but it was necessary to show something, I think, or it wouldn’t have been honest. There’s a fine line between glossing over something important and showing graphic things that are unnecessary. Of course, that line is going to be different for everyone. I inferred more than I showed (I think/hope), but that goes for lots of things. END_OF_DOCUMENT_TOKEN_TO_BE_REPLACED

It’s been a long time coming, but the wait is finally over! Orbit UK published FATED (UK | ANZ) yesterday in the UK and our international markets. FATED is the first book in Benedict Jacka’s superb urban fantasy series starring probability mage Alex Verus. FATED and the series are already off to a running start, with an enthusiastic Jim Butcher giving it the thumbs up in this online conversation with Benedict Jacka, as well as Patricia Briggs saying that FATED is ‘a deft, thrill-ride of an urban fantasy – a stay-up-all-night read. Alex Verus is a very smart man surviving in a very dangerous world.’

I’m very proud and happy to be Benedict Jacka’s UK editor, and although it’s felt like a very long time to wait to bring you this book, I hope you enjoy it too. If you are a fan of Jim Butcher’s Dresden Files series or Ben Aaronovitch’s RIVERS OF LONDON, I think you’re going to love Alex Verus and FATED. You can read the first chapter here.