SHATTERED (UK | ANZ), the brand new Iron Druid Chronicles novel from Kevin Hearne is released today. Read a guest post below from Kevin about what it was like to write it . . .

When you write a first-person series for a few years you start to hear voices – other voices than your main character, that is. To let those voices tell their own story you have to give them their own chapters, and I began that process in the sixth book of the Iron Druid Chronicles, HUNTED ( UK | AUS). That was the first time Atticus’s former apprentice, Granuaile, had a few chapters to herself. The change from Atticus was lovely as an injection of variety but I quickly realized that the new point of view allowed me to develop both Granuaile and Atticus in ways not previously available.

The experiment worked so well (for me, anyway) that I expanded the practice in SHATTERED. We still get plenty of Atticus and Oberon in the seventh installment of the Iron Druid Chronicles, but Granuaile gets equal time and so does Atticus’s old archdruid, who goes by the modern name of Owen Kennedy. Writing in three very different voices was a delightful challenge for me and I enjoyed exploring their musings on the nature of power and how it should be employed. I also enjoyed making all of them very uncomfortable.

Both Granuaile and Owen have to adjust to a very different life from the one they led before. Granuaile must carefully choose her path now that she’s been bound to the earth and possesses great power, while Owen, brought forward two thousand years into the future, must struggle to adapt to a completely alien culture and level of technology. And Atticus, normally so confident in his abilities, learns that he missed some key facts and the true situation with the gods bears little resemblance to what he thought it was.

Writing from three first-person views—alternating between chapters—also forced me to write in a nonlinear fashion. I discovered that when I tried to write in order it was slow going, because each voice had its own verbal tics and style and switching between them required a mental adjustment. Once I ditched the idea that I had to write from beginning to end, work proceeded much faster. I would write three Owen chapters or four Granuaile chapters and stay in those voices for days, piecing them together in order later. And because of that I managed to finish writing the book in only five months, which for me is quite fast. (And I know that some speedy readers out there will finish the book in a single day and then ask, “When’s the next one?” at which point I will weep and clutch a teddy bear.)

I hope everyone will enjoy getting to know Granuaile and Owen a bit better and appreciate the light they shed on Atticus as well. Many thanks to you all for reading; I do hope to get across the pond someday to meet you.

SHATTERED is available now to buy in the UK and Australia.

To celebrate the release, we wanted to ask Kevin what it was like writing the new book, what fans can expect from it, and what he and Oberon the adorable Irish Wolfhound are up to in general.

But then we thought – WAIT!! – there are thousands of fans out there who might love to ask Kevin (or Oberon) something themselves.

So we’re giving fans in the UK, Ireland, Australia and New Zealand the chance to submit your own interview questions to one of the loveliest authors on the planet (FACT). You can do so by filling in the form below before next Friday. Then Kevin (or Oberon!!) will answer the best ones right here on the Orbit site in a week or two.

We’ll also randomly select one winner from all those who send us questions. This winner will receive five free copies of their favourite Iron Druid Chronicles book. These will be perfect to gift to your friends, neighbours and local occult practitioners, helping to spread the love of Atticus O’Sullivan even further . . .

Fill out the form below with your question:

Don’t forget to read our terms and conditions before entering. 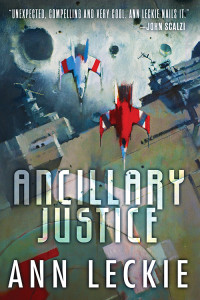 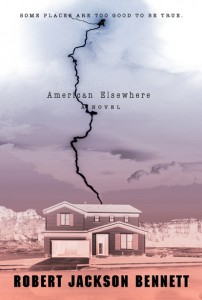