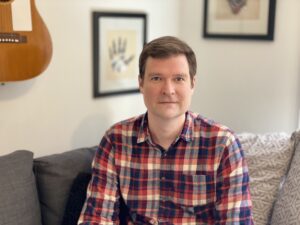 Orbit is thrilled to announce the acquisition of a brand new series from author Josiah Bancroft, the brilliant mind behind Senlin Ascends and The Books of Babel, the phenomenon fantasy series described as “future classics” (Los Angeles Times).

The Hexologists introduces us to a new world and the dynamic duo of Hexologists Iz and Warren Wilby: two private investigators who solve magical problems with magical solutions. While their usual quests are never more alarming than the occasional incubi infestation or mournful ghost haunting, their latest mission has given them an impossible task: save the king himself.

While you eagerly await the arrival of this newest arcane mystery series, you can find out more about Josiah Bancroft at his website thebooksofbabel.com.

For an early peek at Iz and Warren’s first adventure, read on!

Iz and Warren Wilby are quite accustomed to helping desperate clients with the bugbears of city life. Aided by hexes and a bag of charmed relics, the Wilbies have recovered children abducted by chimney-wraiths, removed infestations of barb-nosed incubi, and ventured into the Gray Plains of the Unmade to soothe a troubled ghost. Well-acquainted with the weird, the Hexologists never shy away from a challenging case.

But when they are approached by the royal secretary and told the king pleads to be baked into a cake—going so far as to wedge himself inside a lit oven—the Wilbies soon find themselves embroiled in a mystery that could very well see the nation turned on its head. Their effort to expose a royal secret buried under forty years of lies brings them nose to nose with a violent antiroyalist gang, avaricious ghouls, alchemists who draw their power from a hell-like dimension, and a bookish dragon who only occasionally eats people.

Armed with a love toughened by adversity and a stick of chalk that can conjure light from the darkness, hope from the hopeless, Iz and Warren Wilby are ready for whatever springs from the alleys, graves, and shadows next.

THE FALL OF BABEL is the incredible final book in the word of mouth phenomenon fantasy series that began with Senlin Ascends. “The “Books of Babel” are something you hope to see perhaps once a decade — future classics, which may be remembered long after the series concludes.” (Los Angeles Times)

The final book in the Books of Babel series is nearly here, and the good folks over at The Fantasy Inn launched the cover last week. For those who pre-order the book, keep your receipts! There’s a special digital surprise coming soon for those who order early. Follow the author on Twitter at @BancroftJosiah and @orbitbooks for more info. 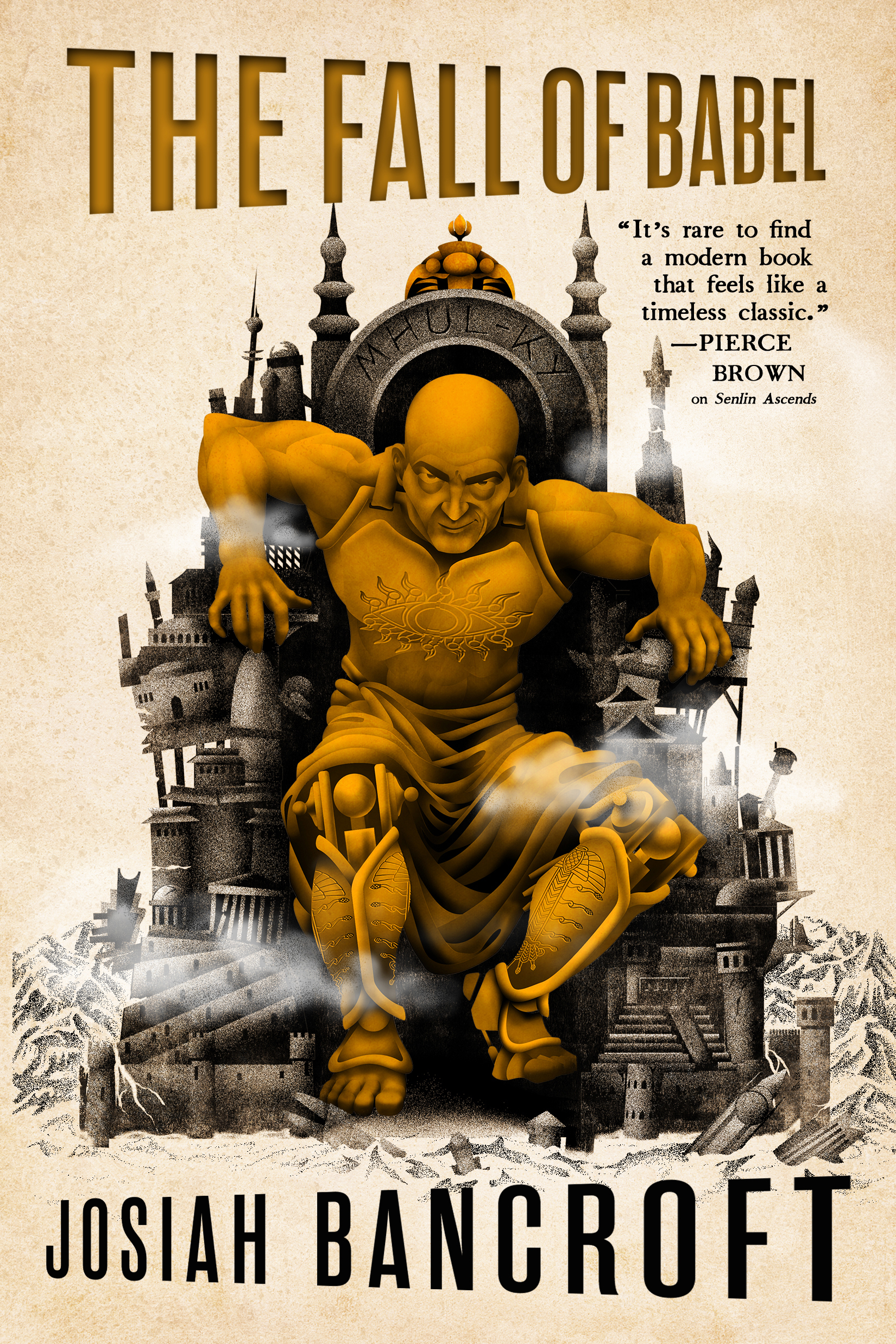 As Marat’s siege engine bores through the Tower, erupting inside ringdoms and leaving chaos in its wake, Senlin can do nothing but observe the mayhem from inside the belly of the beast. Caught in a charade, Senlin desperately tries to sabotage the rampaging Hod King, even as Marat’s objective grows increasingly clear. The leader of the zealots is bound for the Sphinx’s lair and the unimaginable power it contains.

In the city under glass at the Tower’s summit, Adam discovers a utopia where everyone inexplicably knows the details of his past. As Adam unravels the mystery of his fame, he soon discovers the crowning ringdom conceals a much darker secret.

Aboard the State of Art, Edith and her crew adjust to the reality that Voleta has awoken from death changed. She seems to share more in common with the Red Hand now than her former self. While Edith wars for the soul of the young woman, a greater crisis looms: They will have to face Marat on unequal footing and with Senlin caught in the crossfire.

And when the Bridge of Babel is finally opened, and the Brick Layer’s true ambition revealed, neither they nor the Tower will ever be the same again. 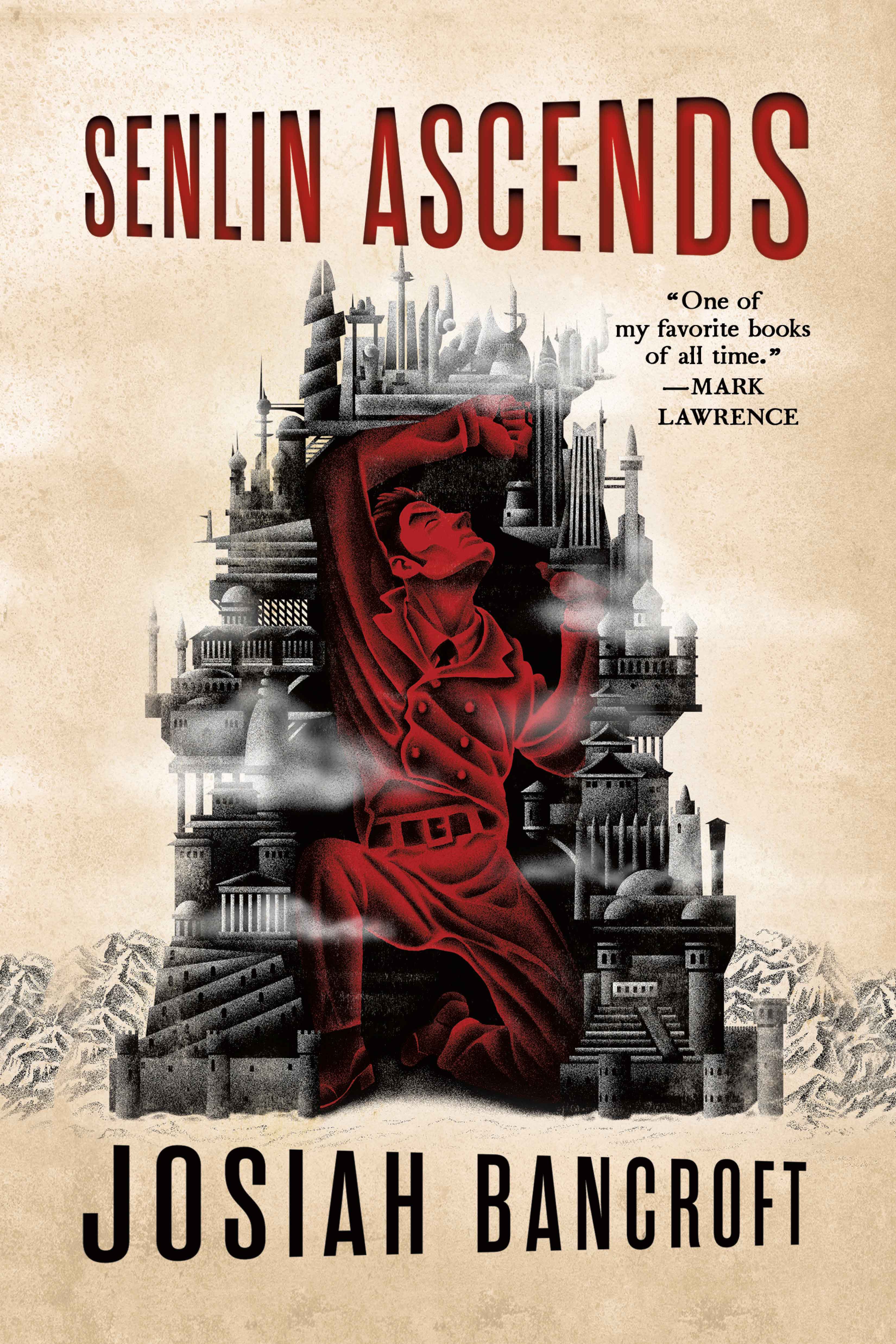 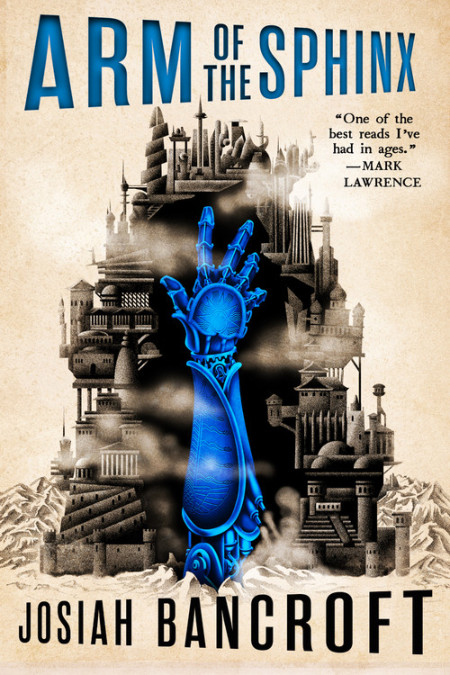 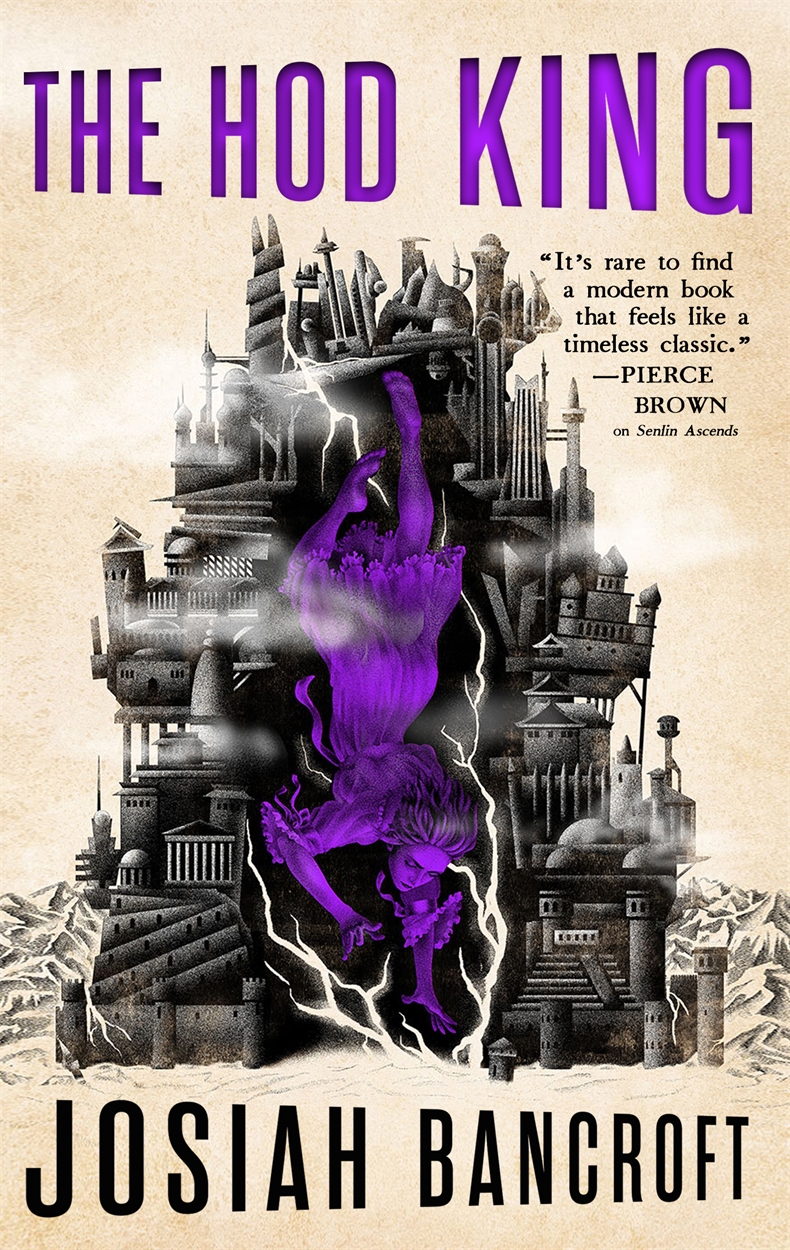 Praise for The Books of Babel

“It’s rare to find a modern book that feels like a timeless classic. I’m wildly in love with this book.” — Pierce Brown, author of Red Rising

“Senlin Ascends is one of the best reads I’ve had in ages . . . I was dragged in and didn’t escape until I’d finished two or three days later.” — Mark Lawrence, author of Prince of Thorns

“Wonderfully unique and superbly well written. I loved every page.” — Nicholas Eames, author of Kings of the Wyld

“Senlin is a man worth rooting for, and his strengthening resolve and character is as marvelous and sprawling as the tower he climbs.” — The Washington Post

“I loved it, and grabbed the next one as soon as I turned the last page.” — Django Wexler, author of The Thousand Names

“Brilliant debut fantasy . . . This novel goes off like a firework and suggests even greater things in the author’s future.” — Publishers Weekly (starred review) 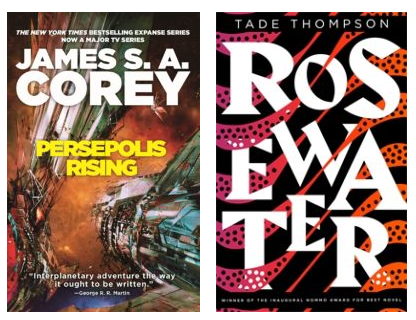 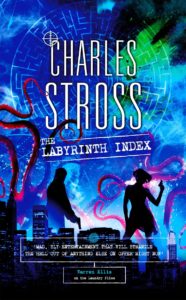 Josiah Bancroft’s stellar debut series, The Books of Babel, began with Senlin Ascends (US | UK | ANZ), which was called “a modern book that feels like a timeless classic” (Pierce Brown), and the sequel Arm of the Sphinx (US | UK | ANZ) publishes in March. But today we can’t wait to show you the cover for book three, The Hod King.

Senlin’s journey up the dangerous and labyrinthine world of the Tower continues in December.

Art by Ian Leino with design by Lauren Panepinto. 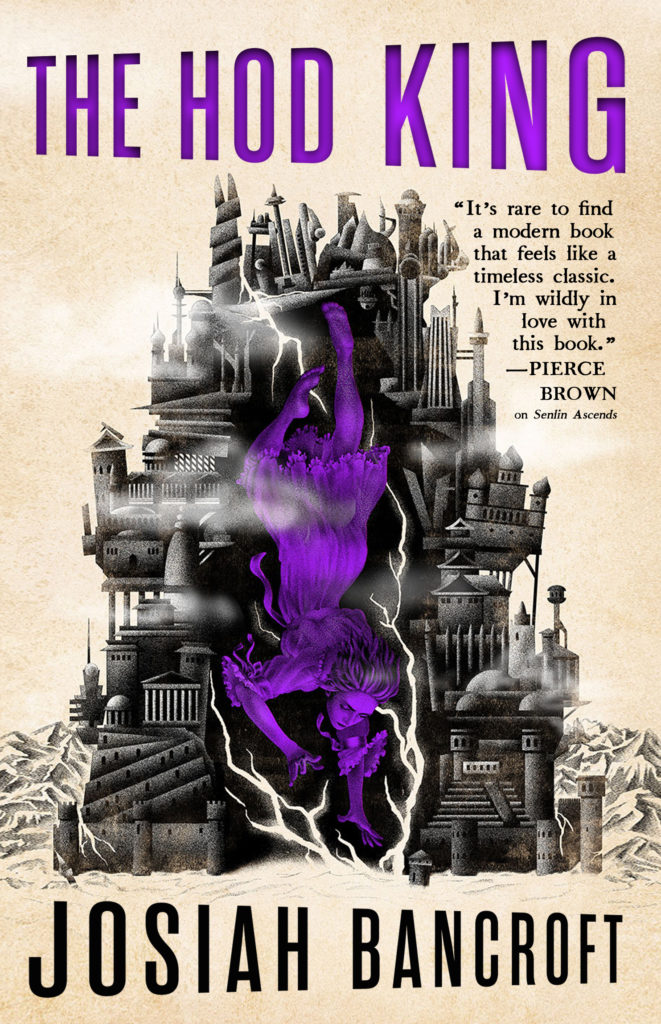 “I’m wildly in love with this book.” – Pierce Brown, author of Red Rising

“One of my favorite books of all time.” – Mark Lawrence, author of Prince of Thorns

“Senlin is a man worth rooting for, and his strengthening resolve and character is as marvelous and sprawling as the tower he climbs.” – The Washington Post

“What is remarkable about this novel, quite apart from its rich, allusive prose, is Bancroft’s portrayal of Senlin, a good man in a desperate situation, and the way he changes in response to his experiences in his ascent.” – The Guardian

“Senlin Ascends crosses the everyday strangeness and lyrical prose of Borges and Gogol with all the action and adventure of high fantasy. I loved it, and grabbed the next one as soon as I turned the last page.” – Django Wexler, author of The Thousand Names

“With deceptive simplicity Bancroft brings this gothic place and its denizens to a colourful life…I loved it!” — Adrian Selby, author of Snakewood

“Senlin Ascends is an adventure rife with character, voice and beauty – a well-polished knife drawn out slowly.” – Sam Sykes, author of The City Stained Red

“This is fantasy storytelling of a high order.” – The Toronto Star

“Brilliant debut fantasy . . . This novel goes off like a firework and suggests even greater things in the author’s future.” – Publishers Weekly

“Like a blend of Kafka’s The Castle and Mervyn Peake’s Gormenghast, Josiah Bancroft’s ambitious first chapter in his The Books of Babel series is an impressive display of imagination and humor.” — SciFiNow

Josiah Bancroft’s series, The Books of Babel, presents an enormously intriguing fantasy world. Thomas Senlin, a mild-mannered schoolteacher, quickly becomes trapped in this dangerous, ever-changing, and labyrinthine world. We are delighted to present the covers for the first two books in the series: SENLIN ASCENDS (US | UK | AUS) and ARM OF THE SPHINX (US | UK | AUS). Art by Ian Leino with design by Lauren Panepinto. 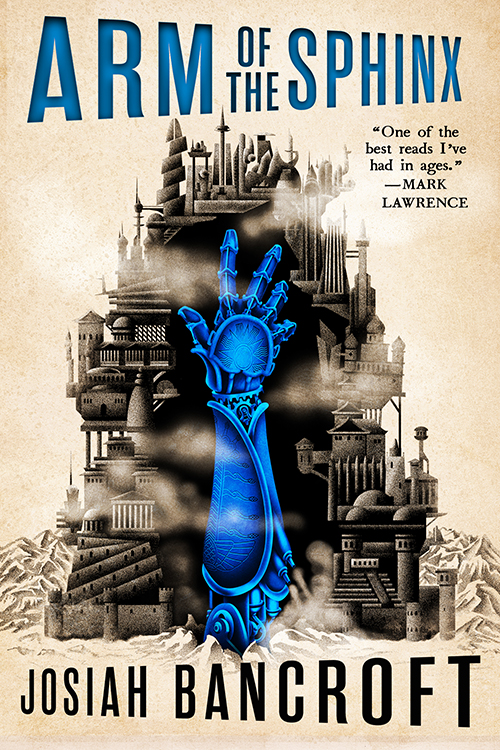 “One of my favorite books of all time.” – Mark Lawrence

“I loved it, and grabbed the next one as soon as I turned the last page.” – Django Wexler

“An adventure rife with character, voice and beauty – a well-polished knife drawn out slowly.” – Sam Sykes

“Goes off like a firework and suggests even greater things in the author’s future.” – Publishers Weekly

“Ticks along with the tight precision and artistry of a well-wound watch.” – Kirkus

“The most unlikely yet likeable hero since a certain hobbit rushed out of Bag End leaving his second breakfast half-finished.” – Fantasy Faction 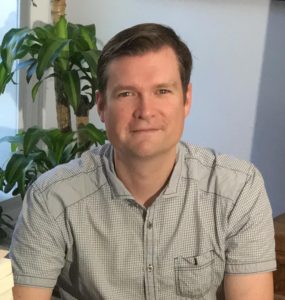 In fantasy, looming towers are a staple, but we rarely see the intricate details of their inner workings. If you’ve ever wanted to deeply explore a world set within one of these iconic towers, Orbit has just the series for you. We’ve acquired Josiah Bancroft’s stunning and strange self-published, debut fantasy series, The Books of Babel, which begins with SENLIN ASCENDS. It has received some major praise from fantasy authors and fans alike. The series focuses on Thomas Senlin, a mild-mannered headmaster who quickly becomes lost in the massive and ancient Tower of Babel. Now, we’ll let some other folks do the talking:

“Senlin Ascends is one of the best reads I’ve had in ages . . . I was dragged in and didn’t escape until I’d finished two or three days later.”

“Senlin Ascends crosses the everyday strangeness and lyrical prose of Borges and Gogol with all the action and adventure of high fantasy. I loved it, and grabbed the next one as soon as I turned the last page.”

“Bancroft succeeds amazingly in creating a baffling world that offers little tenderness or hope, but in which the pursuit of instinct and love, dedication and shared sacrifice can overcome barriers. If he sustains the tone of quirky menace in his planned sequel, the reader will find much to applaud.”

“Senlin Ascends starts off with a bang, and it never slows down. With its breathtaking pace, this book will appeal to a wide variety of readers.”

“This is an exceedingly rich book. A depth of imagination married with a poetic turn of phrase and an engaging cast of characters conspire to deliver an epic story soaring high above the clouds.”

“Whimsy, adventure, and romance are the Tower’s real trade.” – Everyman’s Guide to the Tower of Babel, I. V

The Tower of Babel is the greatest marvel in the world. Immense as a mountain, the ancient Tower holds unnumbered ringdoms, warring and peaceful, stacked one on the other like the layers of a cake. It is a world of geniuses and tyrants, of airships and steam engines, of unusual animals and mysterious machines.

Soon after arriving for his honeymoon at the Tower, the mild-mannered headmaster of a small village school, Thomas Senlin, loses track of his wife, Marya, in the crowds. Senlin’s search carries him through madhouses, ballrooms, and burlesque theaters. He must survive betrayal, assassination, and the long guns of a flying fortress. But if he hopes to find his wife, he will have to do more than just survive.

This quiet man of letters must become a man of action.